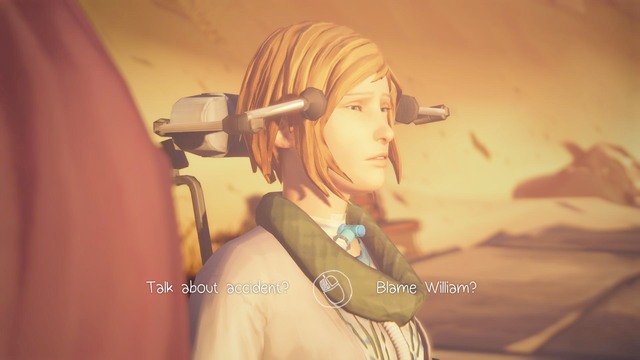 You start the episode where you ended the previous one. Due to traveling back in time and changing the events, Chloe had accident due to which her body is paralyzed. She is now using a wheelchair and the episode starts with a conversation at the sunset. 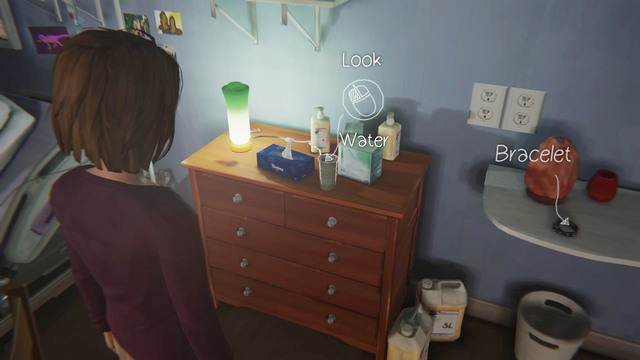 After reaching Chloe's house, walk to her bed and try to talk with her. She will ask you to give her water. The mug with it can be found on the drawer on the right side of the bed. 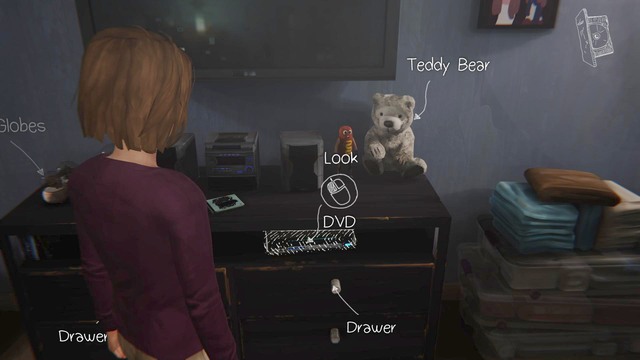 Chloe will ask you to watch a movie together. The disk with the movie can be found in the left drawer under the TV. Once you pick it up, select the DVD in the player shown on the picture above. 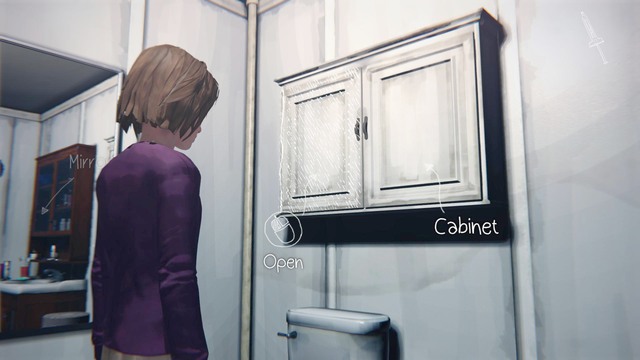 After waking up, talk with Chloe. She will tell you that she has another headache and that she needs morphine that is hidden in the bathroom on the floor. Leave her room and go to the first floor. Once you reach the bathroom, walk towards the cabinet shown on the picture above and take the morphine. Then go back to Chloe and select the Morphine option. 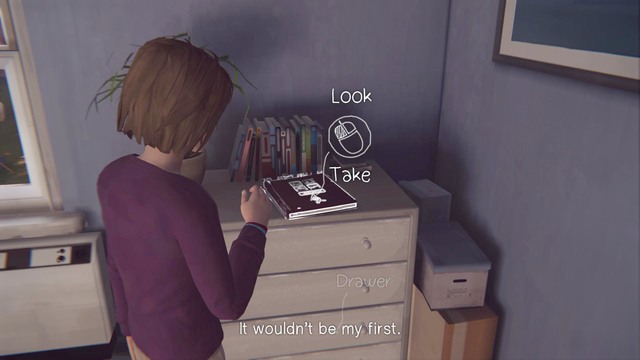 After a short conversation Chloe will ask you to watch some old photos with her. The photo album can be found on the closet next to the window. After taking the album, go back to Chloe and pick the Photo Album option. While watching the photos, turn the pages until you reach the first important choice in this episode. Chloe will ask you to end her suffering by injecting her with the lethal dose of the morphine.

The choice might seem to be one of the most important ones but in fact it isn't. You can kill her or refuse but it will have no impact on the story. After a short cutscene, look at the photo in the album and try to get focus on it. To do it, press the direction buttons with the action buttons assigned to them (right to the right, left to the left).