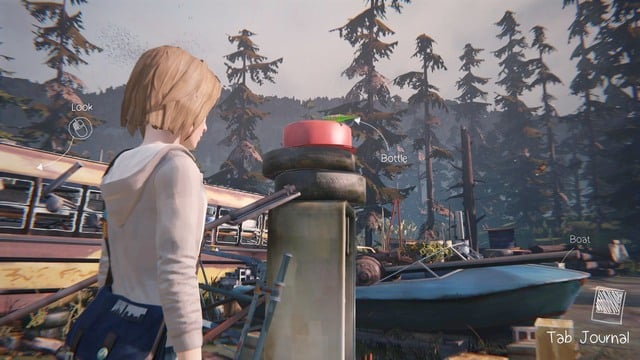 Chapter 3 starts at the garbage dump. It's worth to look around the area, because you can take a couple of photos here. That is why you should approach the place shown on the above screenshot and take your position on the left side of the bus. Here you will be able to take your first photo in this chapter.

After the conversation with Chloe, you will have to find five green bottles. The first one is located on the elevation near the yellow bus, which you just took a photo of. You must first try to collect the bottle, and then, after completing the activity, rewind the time and move the box, lying on the right side. After moving the box, you won't break the mentioned bottle. 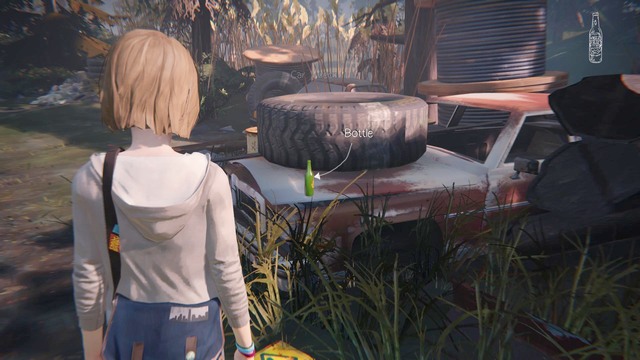 Go to the other side of the garbage dump (to the opposite of the location in which you found the first bottle) where you will get the second bottle. It will by lying on a car wreck shown on the above screenshot. 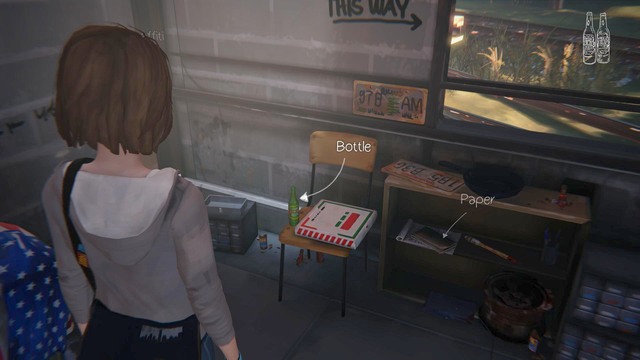 Cross to the left side - a deer can be found here. You can take a photo for your journal here. As soon as you do so, head towards the railroad tracks, where you will find a small room with the third bottle inside. 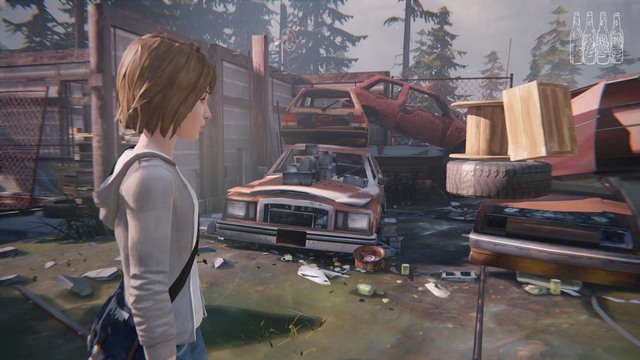 The penultimate bottle is a very difficult one to get, because you will not locate it so easily. Leave the room and go back to the railroad tracks. Look in the direction of the room you just left - on the right side there will be a crossing made of car wrecks. Inside you will find a campfire, with the mentioned bottle next to it. 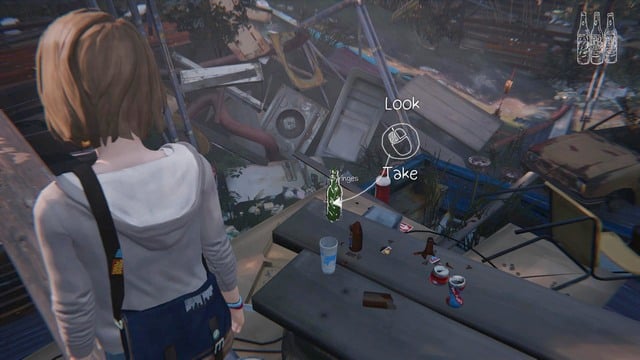 After a short talk, Chloe will start shooting at the bottles, and your task will be to aim her so that she will be able to hit them. During the last shot, use the option to shoot at the car tire (Tire -Shoot), to knock it off the elevation. 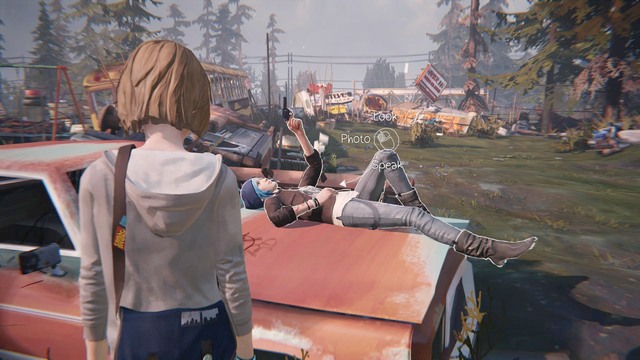 As soon as Chloe starts lying on the car, refrain from talking with her. Instead, take a position on her left side and take a photo for your collection. Afterwards, you can start the conversation with the girl. A consequential decision will await you at the end of this chapter. You can either try to shoot the aggressor, or refrain from doing so. Regardless of your choice, the game will go on in the same manner, because your gun will not be loaded and the assailant will just leave.