Here, you can find all graffiti that you can make in the episode three of Life Is Strange: Before the Storm. Some of them are in obvious places but others are hidden rather well. Our guide will show you all of their locations. The descriptions are in the order of their appearance in the game. 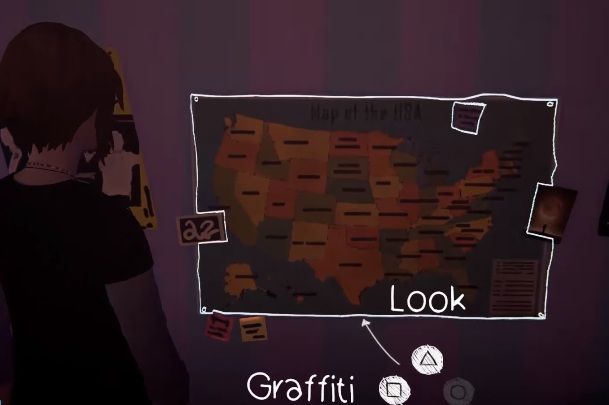 The first graffiti in this episode is in Rachel's room. Approach the map. 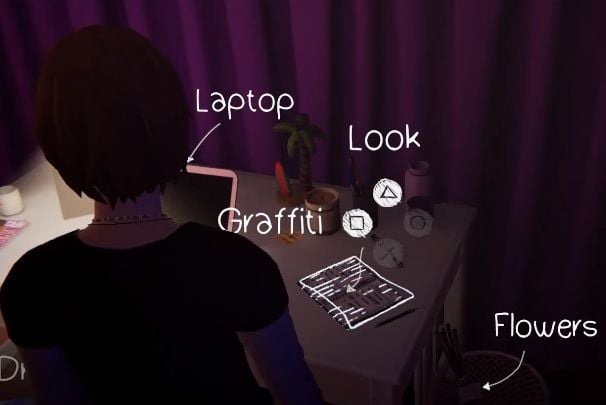 The second graffiti is also in Rachel's room. There is a notebook on her desk. 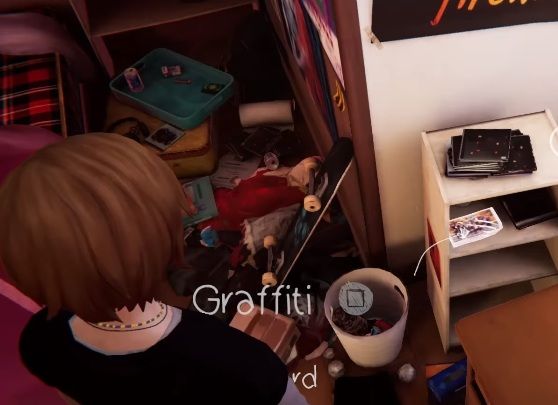 The third graffiti is in Chloe's room. Look at the class photo twice. 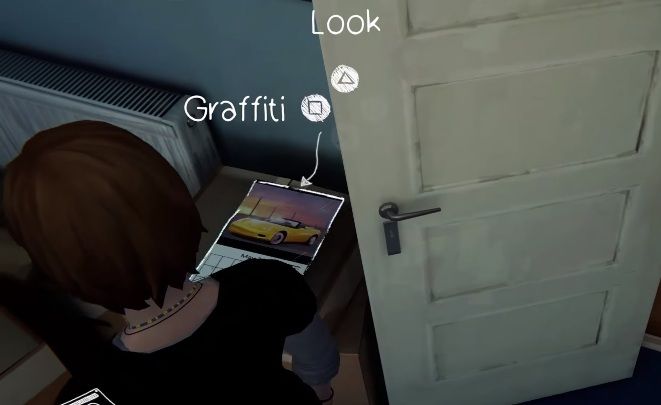 The fourth graffiti is in the room that belongs to Chloe's mother. You can draw it on David's calendar that lies behind the door. 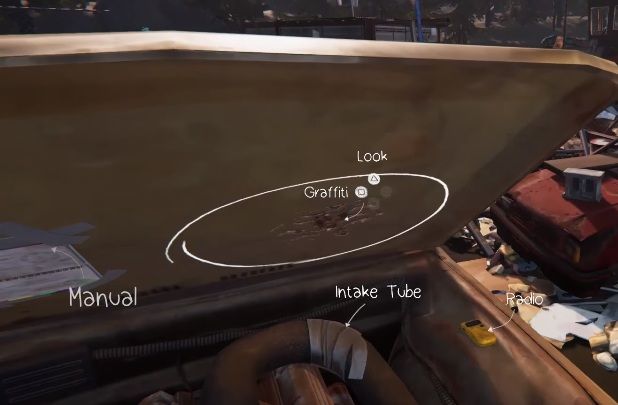 The fifth graffiti can be done while you are in the junkyard. To draw it you have to blow out the fuel filter first. 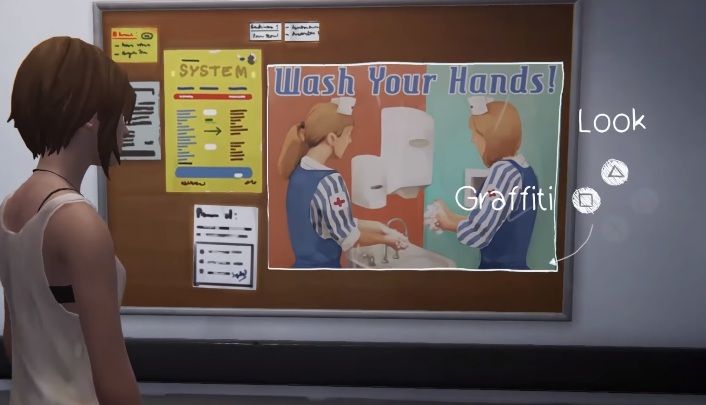 There is a poster in the hospital. Draw graffiti on it. 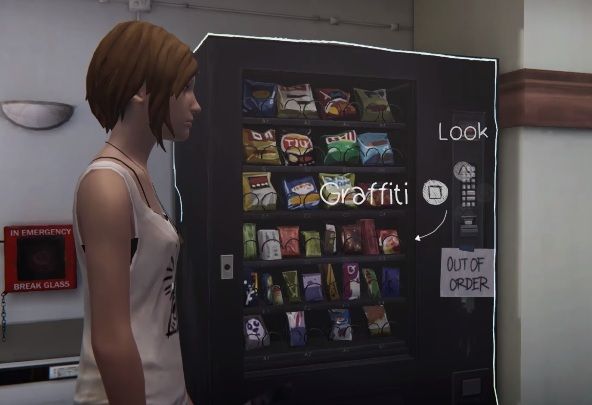 You can make a graffiti on the candy vending machine after you get a candy bar from it. 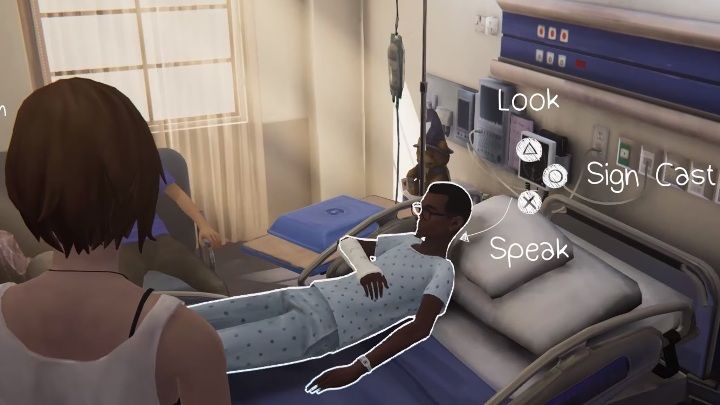 The eight graffiti can be done on Mikey's cast. Select "Sign Cast". 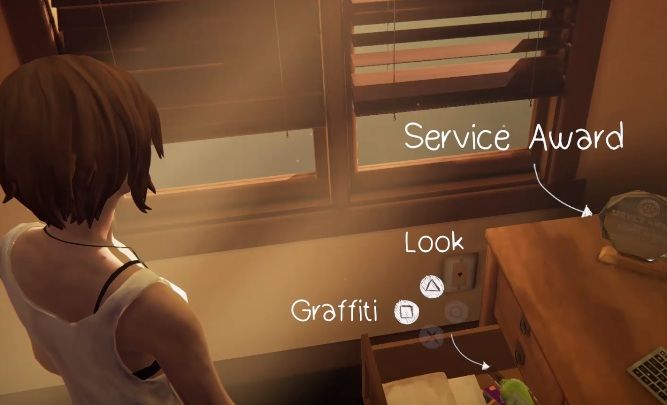 The ninth graffiti can be done in the office that belongs to Rachel's father. You can draw it on the left part of the desk. 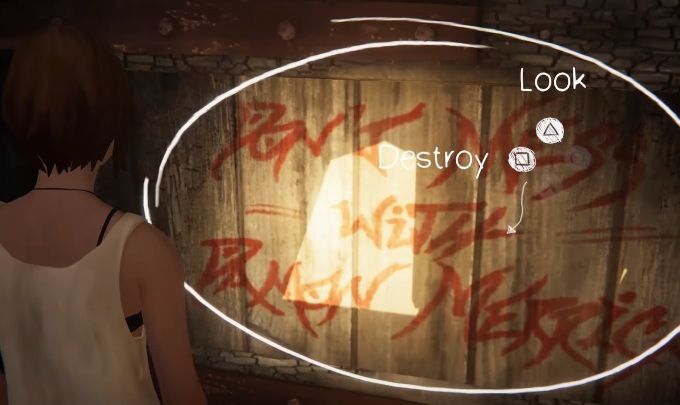 The last graffiti can be done in the barn. Take the knife and use it to destroy the writing on the wall.