In this page we present the beginning of a great journey in Life is Strange: Before the Storm. Our guide will help you to go through the Chapter I. 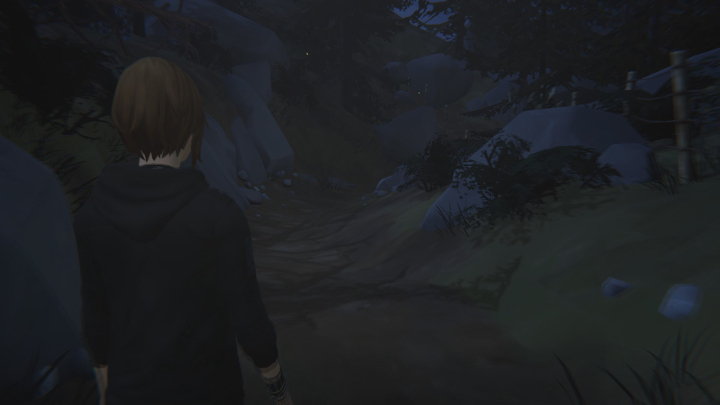 After a short cut-scene you will be able to control your character. Go forward (it is the only available path). Now, the game will present you the default controls and game mechanics. 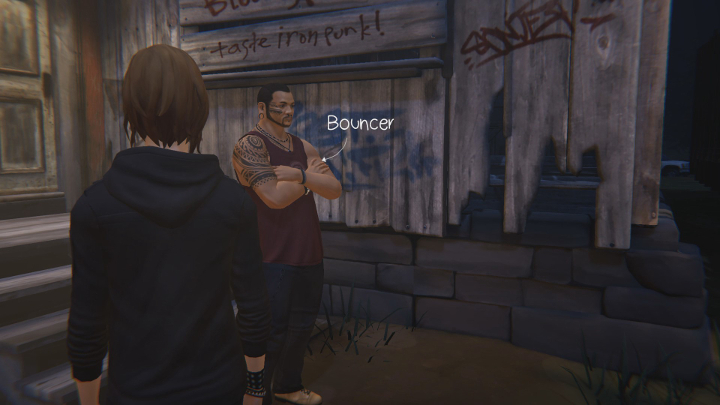 After that you will see the place where a concert takes place. You can look around and use Look option on some of the items to learn the heroine's thoughts. Speaking with Bouncer allows you to make progress in the story (Speak option). 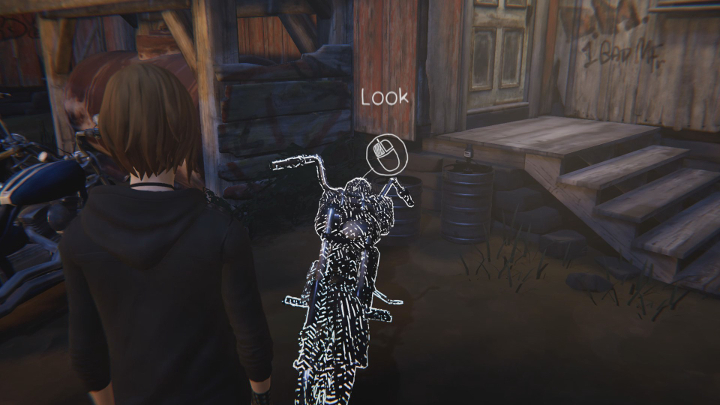 After a failed conversation you must approach and look at the motorbike that is nearby this unlocks a new dialog option. Then, you must speak with Bouncer again.

After selecting Let me inside, now option you start, so called, Backtalk challenge. You must pay attention to what the other person says and give proper answers - you can use arguments or try to offend them. 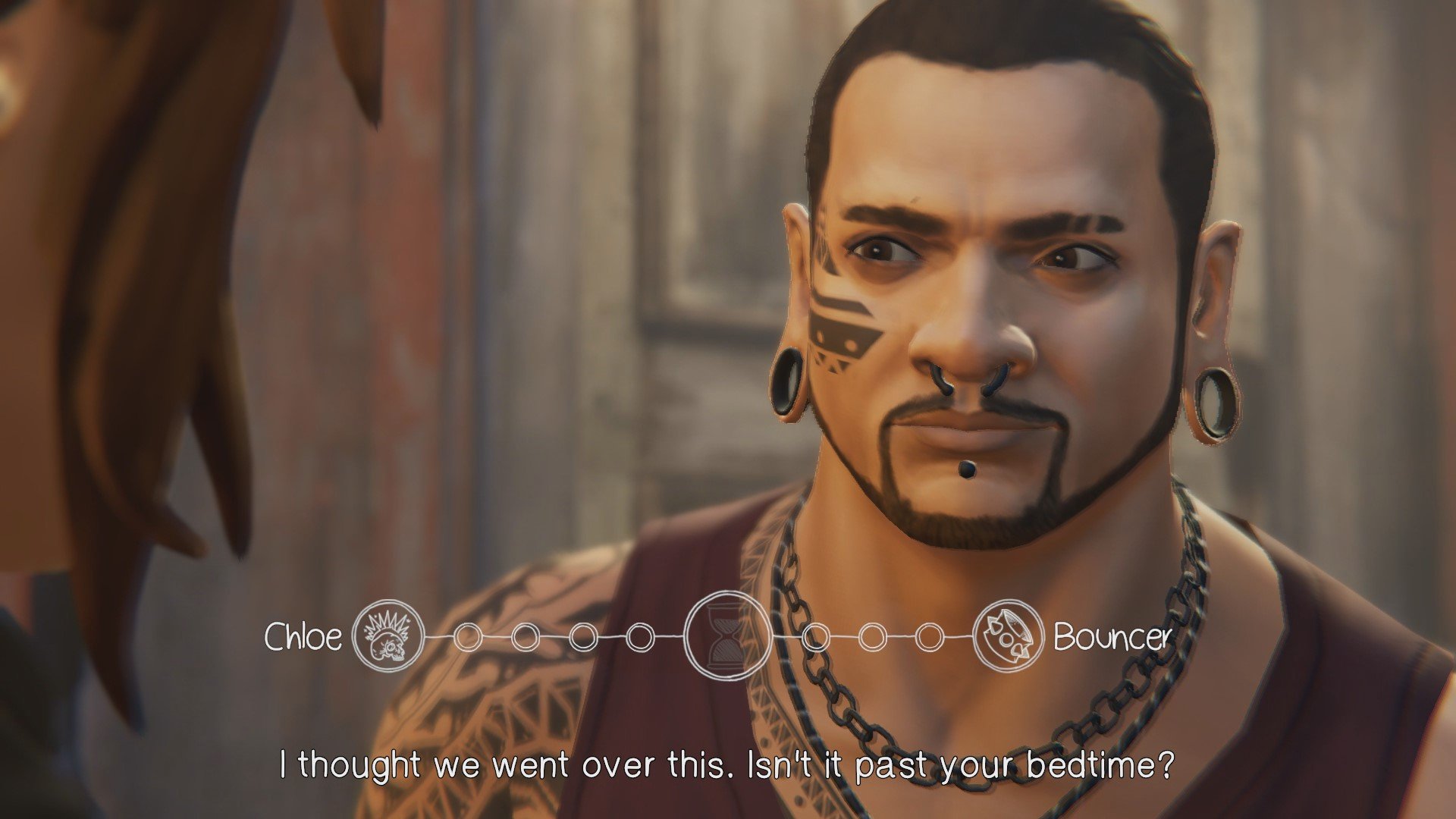 The empty circles visible in the picture above indicate the number of "points" that you need to get in order to win. Bronze is for lines that open one of the paths to victory in a given argument.

After the conversation you will be able to enter inside. 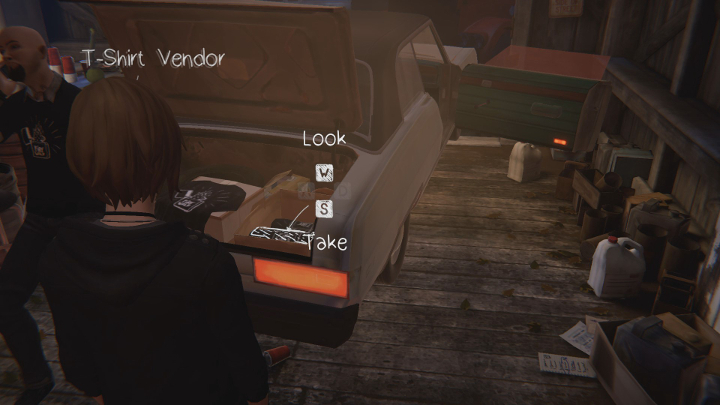 When you get inside you can look around and observe various situations and characters. If you want to get a T-shirt like the one in the picture then you must speak with the T-Shirt Vendor, and after that you can try to take the T-shirt. 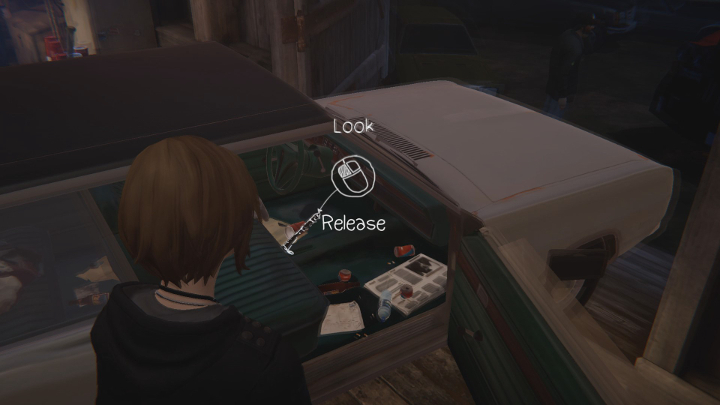 Now, you must get near the car cabin and release the handbrake. The car slides down and the T-Shirt Vendor moves away from the trunk. He won't be able to see you taking the T-shirt. In this moment you can also steal a lot of money. This is the first decision that will have its consequences in the later parts of the game. 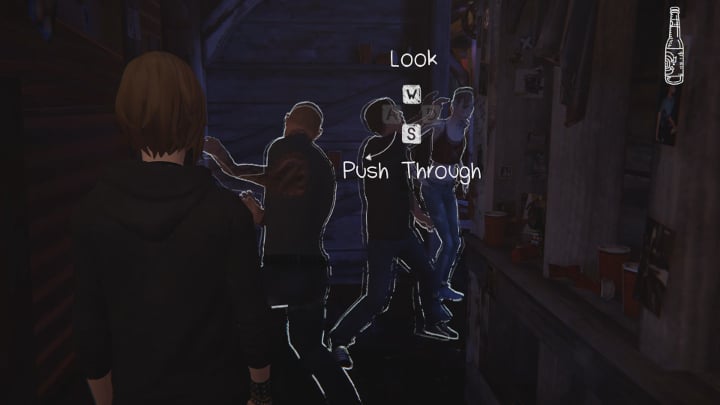 Then, you must head into the bar and turn to a nearby corridor. Use Push Through option on dancing people. After a short cut-scene you must speak with Damon: 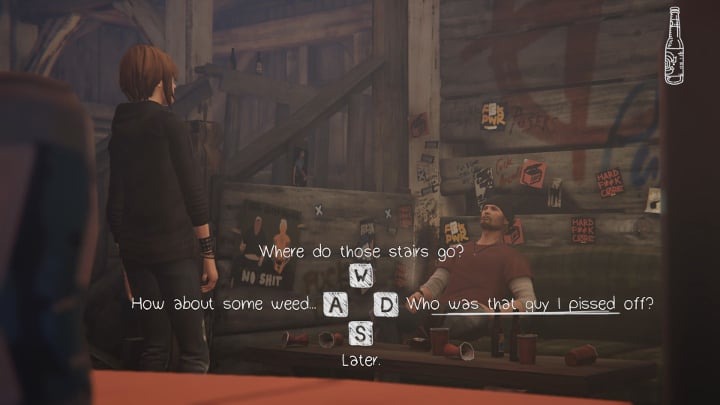 Now, you must go to a man called Frank, he sits on a sofa right next to stairs. Speak with him. You can buy some marihuana from him and this moment counts as another decision. However, if you didn't steal the money from the T-shirt vendor then you won't be able to buy it.

After that you must go upstairs. When the cut-scene ends you must talk with Damon again.

Soon, Rachel will appear on the screen. This is the moment of making your first important choice in the game that will have an impact on future events.

After another cut-scene you will end this chapter.