In chapter two, you will encounter many interactive items and many exchanges between the brothers. The choices you make will influence the character of young Daniel. We mean the promises and theft opportunities.

The second chapter begins on the road behind the city. You play as Sean, accompanied by his brother, Daniel. After a short exchange, you will reach an abandoned car, where Daniel will find a Choc-o-Crisp. 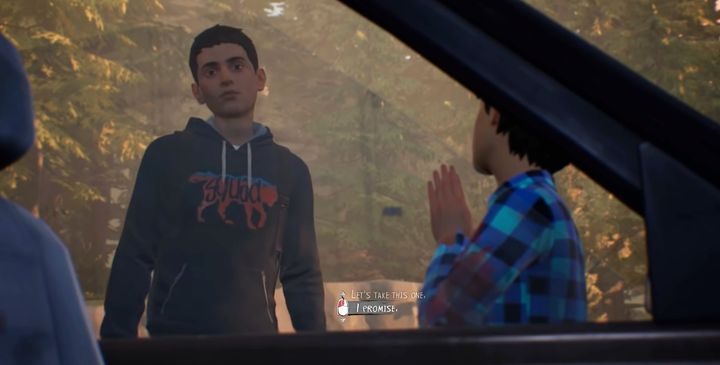 In the car, you can find a chocolate bar. Take it or leave it, promising Daniel to buy him one the first chance you get.

This may seem trivial, but this decision has a significant impact later on. Should you steal the bar (or something from the store later on) you will see a scene, in which Daniel brings a stolen item and shows it to Sean (a figure in a scene in the motel later on); the case with promises is similar - if you don't keep them, Daniel also won't keep his word.

A few meters further, you can see a toilet. You can encourage Daniel to go in now. If you don't do it, he will only go to take a wee when you're at the bonfire. 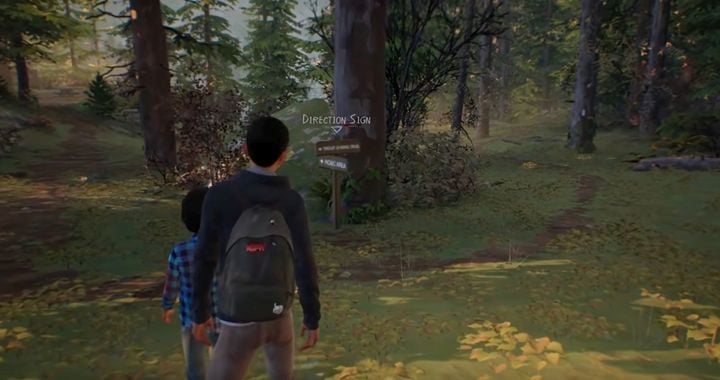 The path further goes through the woods. Side interactions and dialogues don't matter all the way until the crossroads. Go to the right (on the left, you will find only a bench and a few interactive spots). After taking the path down from the hill, you will set a camp on the beach, under a boulder. 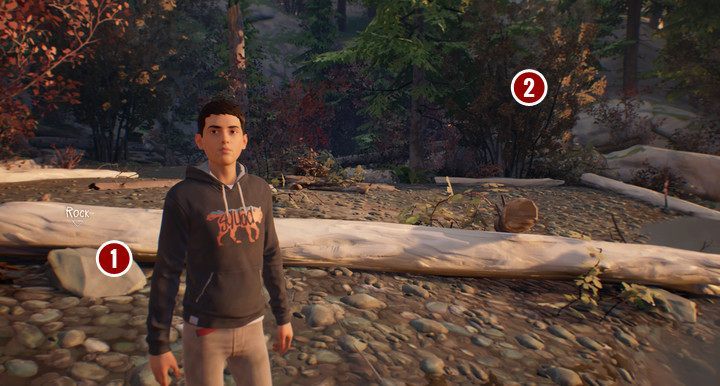 Start preparations by collecting three logs. Only if you have three pieces of wood in your arms can you throw them into the fire in the base. Don't start the fire just yet. You have some time to look around:

After the interaction is over, go back to the camp and start the fire. Talking to your brother, you will wait for the day to end. After completing all the interactions in the camp, point towards your brother and propose going to sleep.

After the night, go towards the petrol station. Outside, you can: 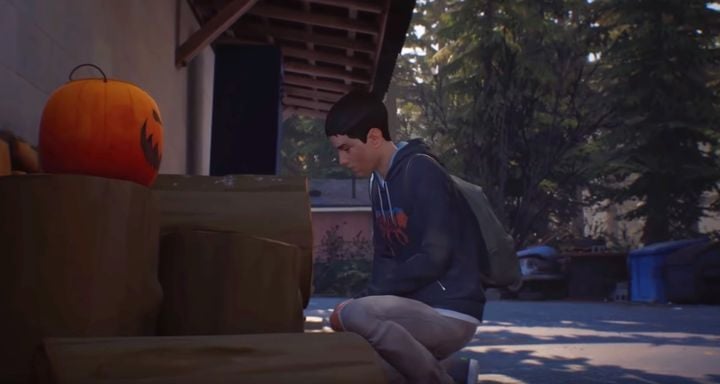 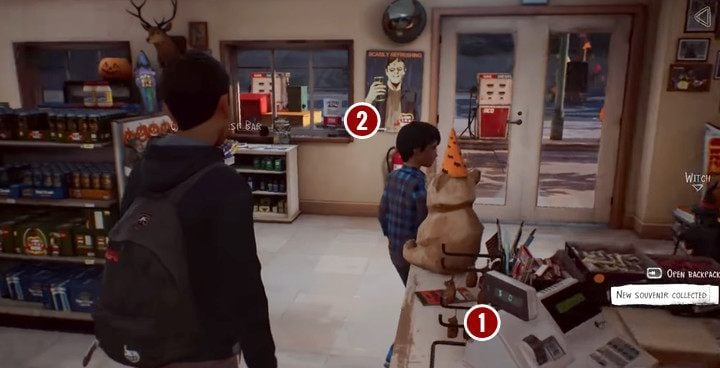 Then, just enter the building. To the right, at the window, you will find two free stickers (2). They're the next collectible. There's one more at the counter: key ring with a bear (1). 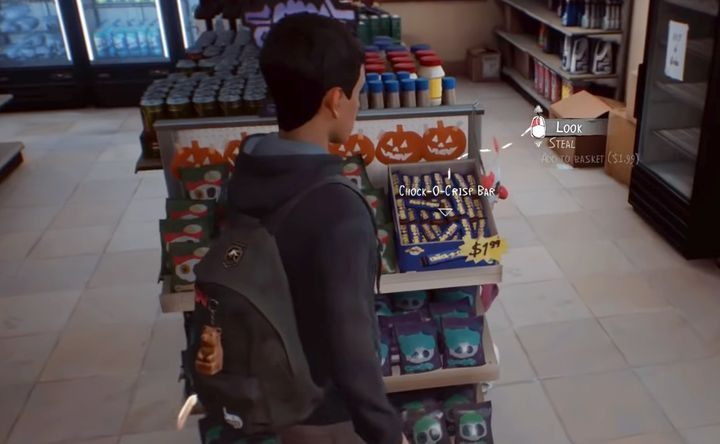 During the visit in the store:

You can also order two hot-dogs (6$), talk to the man at the computer, or check out the puppy at the counter. 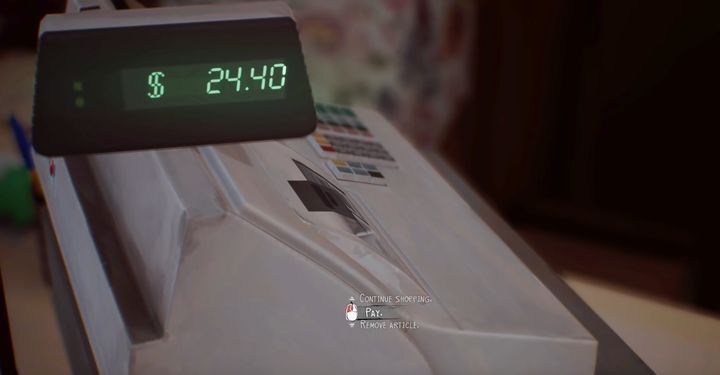 Make sure you have enough money to do any shopping.

After the conversation, you can ask her for the bill. If the amount seems too big, or you don't have the money, you can get remove the goods from the basket. Once you decide you're finished with the store, go outside. You can search the trash bin at the table to pick up a gnawed apple. 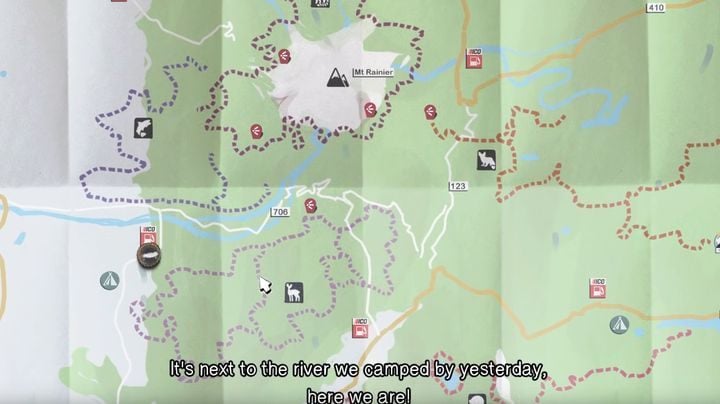 In order to proceed, sit at the table and study the map. Note that this will take you to the next stage of the story. Select a point on the map: the petrol station on the left, marked with a red icon. Once you're accosted by a man, you will be able to choose what to do: attack, flee or discuss. Each choice leads to the same ending and outcomes. 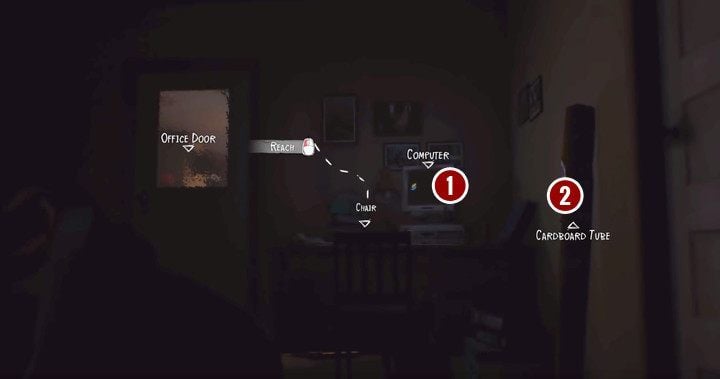 You will be locked in an office in the petrol station. Look at the computer (1) and interact with it. New interaction will appear: toppling a cardboard tube (2). This will let in some light into the room. Now, you can push the sign on your right to make way. That's when you will hear Daniel - look at the air vent. 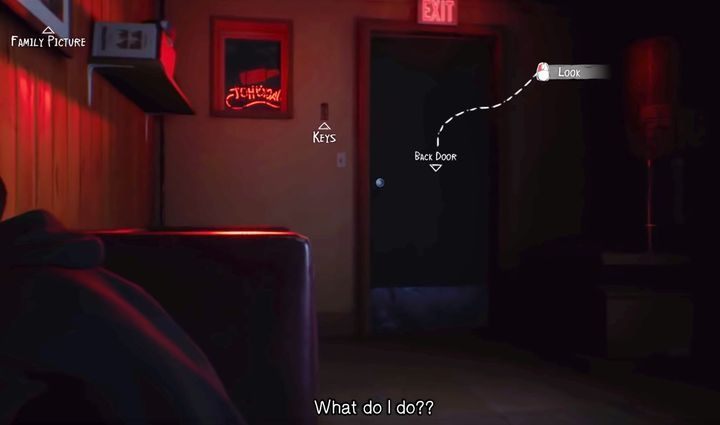 Then do the following: 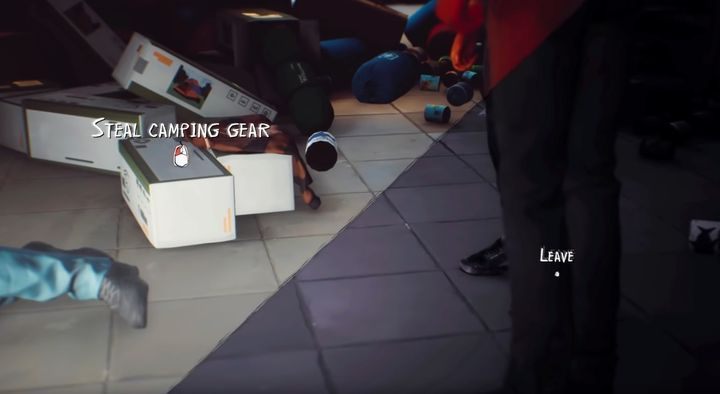 Either steal the gear from the store or escape the place with Daniel.

After escaping, you have to decide: steal the gear or not. If you do, then:

The remaining part of this chapter is just a longer cut-scene. It all happens automatically, until reaching the motel with Brody.