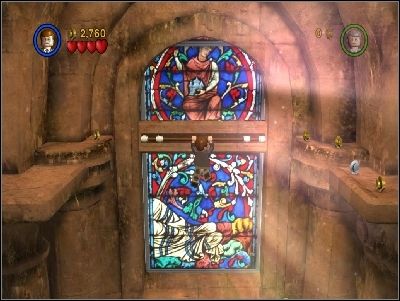 As Indy go up with the stairs you've made before and go right using this bars. On the other side use your whip on the highlighted place. Big lamp will fall down and make a hole in the ground. Jump down. 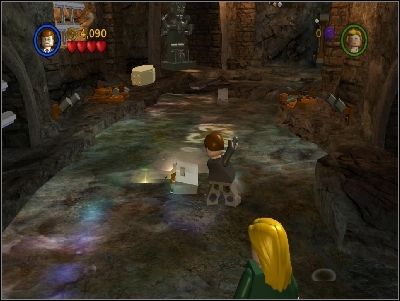 You will be in the catacombs. Destroy the coffins to the left and you will find a shovel. Take it and go to the right and deeper into the catacombs. Dig up the blinking object. Take this LEGO piece, go deeper and put it on the right side on the green pad. Make a fan from LEGO pieces. Pull the block with orange handle. Jump on this block using bars and step on the orange button. Fan will start and will reveal hieroglyphs. Use Elsa to read them and open secret passage. 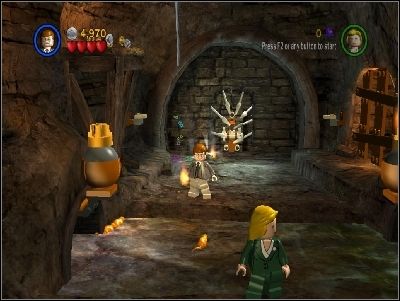 Jump with Indy on the other side, take the torch and lit two jugs. As Elsa jump in the place with blinking colors and hang on the rope. As Indy use the lever and go through. 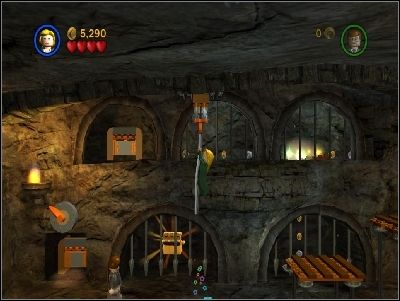 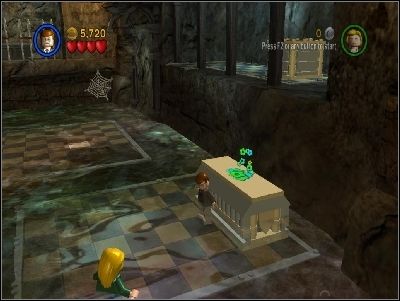 You will be in a room filled with water. Push large coffin near the wall and jump with Elsa on the higher platform. Push the white box to the left and then push it down. You need to put it on the white pad. As Indy use whip on the highlighted place and put second box on the next white pad. Step on this buttons and next large coffin will appear. Push it near the platform with sarcophagus and jump near it with Elsa. 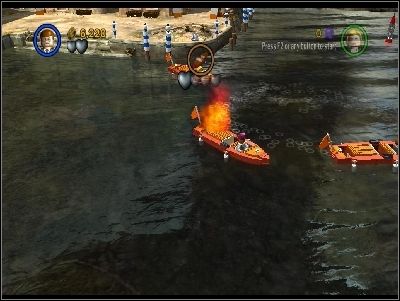 Time for a boss fight. Go to the right and hit Kazim few times. He will run away and jump into a boat. Defeat your enemies and get to one of the boats near the shore. You need to hit Kazim's boat. When you will do it, he will get on the little island in the middle. Chase him and hit him. Repeat this action until the end of the chapter.