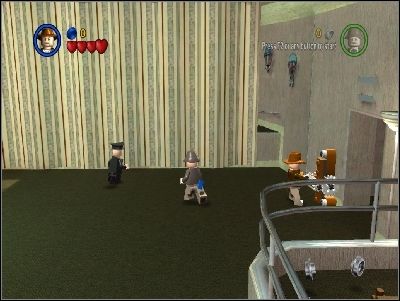 You will start this level in a Zeppelin. Go to the right and use the lever. Mini-boss fight will start. You need to throw bottles at him. Do it few times and he will jump to you. Hit him and the fight will end. 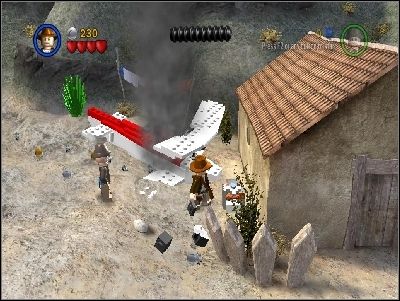 You will be in a village. Destroy engine of the plane, take LEGO piece and put it on a green pad. Build a fan which will help you to "fly" above the fence to the left. 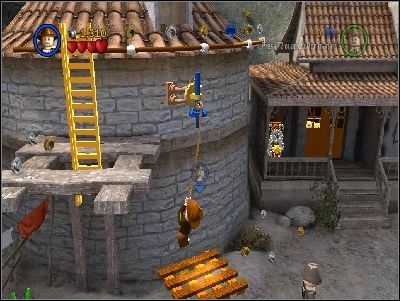 Go to the left and use whip on the highlighted place. Climb up using the ladder and go to the right using brown bar. Jump on the roof of a building to the right. Destroy the clock and take a gear-wheel. Jump down, use whip near the fence, take the gear-wheel and go all the way to the right. Use the wheel on the lever and the gate will open. 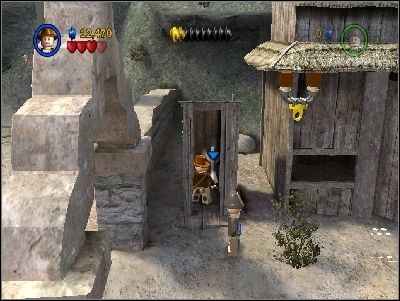 Go all the way to the right and eliminate your enemies. Destroy the door to the toilet on the left side of the building. Take a shovel and dig up the blinking object to the right. Hang on the rope and the lift will activate. Get on it, jump to the right, on the rope, from the rope on the little platform and above the wall. 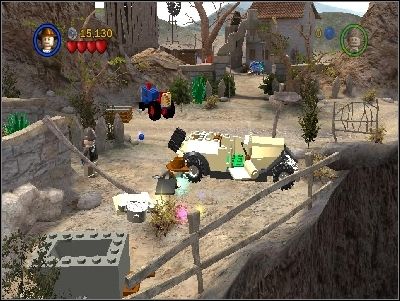 Go all the way to the right and you will reach a farm with broken car and tractors. Repair the car with LEGO pieces. Destroy the box near car and put a wheel into the car. 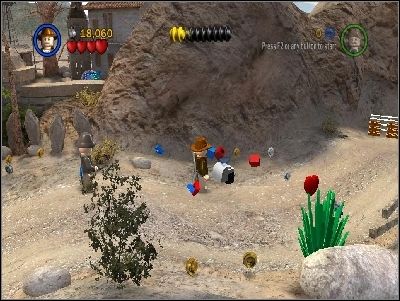 Now you must destroy three tractors and take LEGO pieces to the green pads near the house. First tractor is near the home, second near the car and third to the right side down the road. When you will bring all the LEGO pieces, press the red button and wait for the ladder to appear. Climb up using ladder and take the wrench. Use it to repair the car. Get on the car and ride down the road to the right. 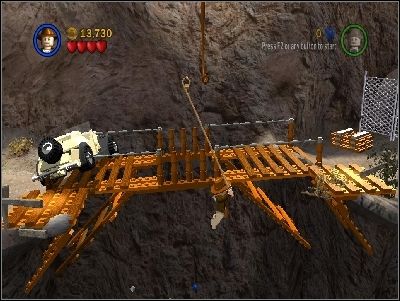 You will reach a broken bridge. Use you whip. Destroy LEGO pieces, repair the bridge and destroy the gate with the car. 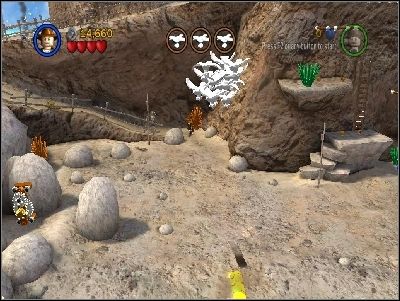 Go using the only available way. Defeat the enemies and get on the beach. You will frighten birds which will destroy one of the planes. You must destroy two more. 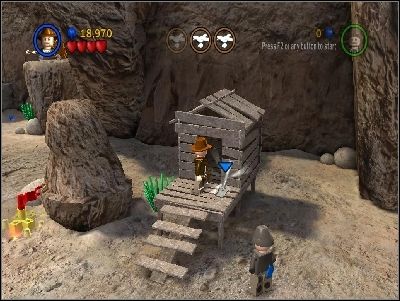 Go to the right side and take a shovel. Go back to the left and dig up a golden chest. Take a key and use it on mechanism nearby. Stairs will appear - use them to get to the second beach. 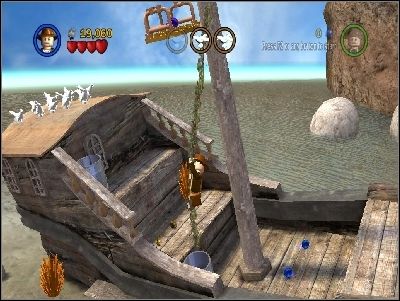 Get near the ship wreck and go on the board. Use rope to get closer to the birds. They will destroy second plane. 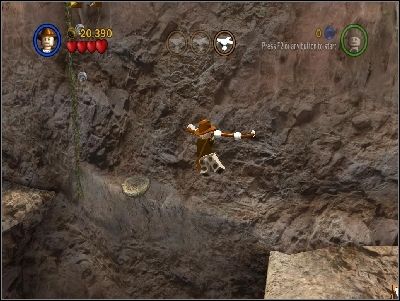 Get back on the first beach and go right. Jump on the platform near the wall and use bars to get to the right. Go to the right with the help of ropes and bars. Finally you will reach the last group of birds and the last plane will go down.