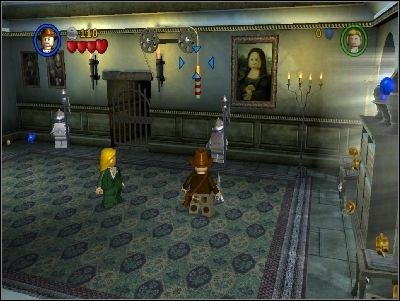 Take a sword, go to the right and throw the sword at the rope. Go through the opened passage. 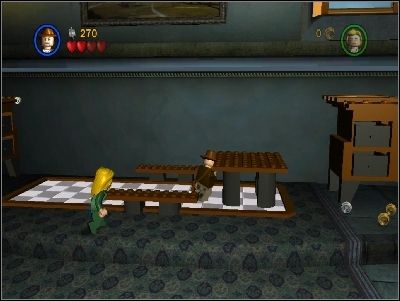 Defeat your enemies. Push the table to the right and jump up. Use your whip. Window will open. Jump through it. 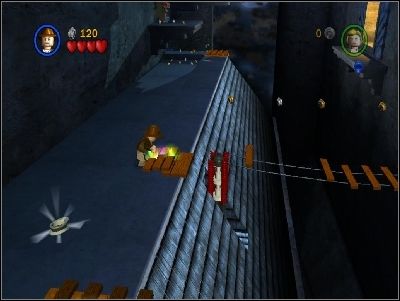 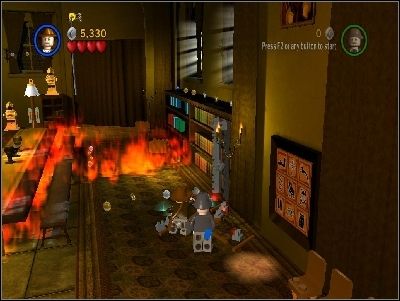 Now you will be in a room with Indy's father. Destroy all LEGO pieces to the right side near the hieroglyphs and build a ladder. Climb up and move deeper towards the brown curtain. 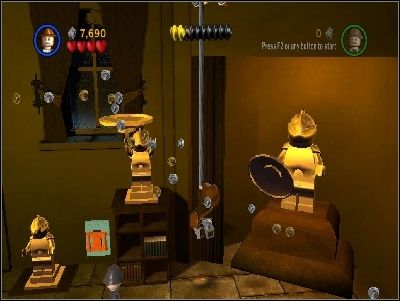 Destroy the lamp and repair the statue using LEGO pieces. Hang on the rope and hit the golden statue behind the curtain. Take the shield and attach it to the other statue. Pull the orange handle. Jump on the rope and using the shields go all the way to the left to the place with a table. 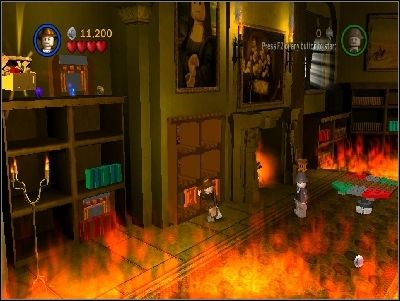 Push the wooden library and read the hieroglyphs. Push the table to reveal a secret passage. Use it. 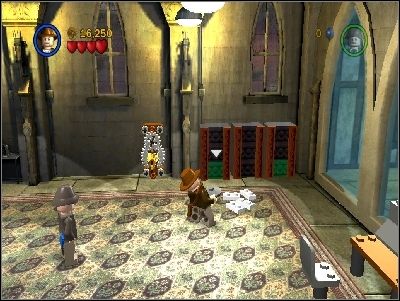 In the next room defeat your enemies and destroy everything in the room. You will find two white "dishes" - put them on the green pads near the window. Repair the audio system using LEGO pieces and use the mechanism to the left. Glass will brake and you will be able to leave the room. 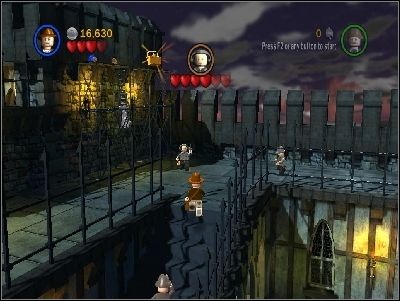 Defeat your enemies and attack woman with a key. You will need to chase here a little. When you will defeat her, take the key and use it on a mechanism near red "speakers". Kill the guards and take hat of one of them. 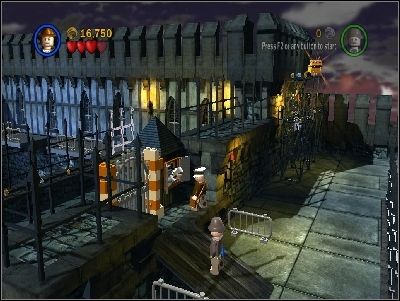 Go back upstairs and knock to the guard post. Go through the gate, use the lever and take the rocket launcher. Go back to the place where you defeated the woman. Defeat your enemies and shoot the container to the right with rocket launcher. Tower will fall down and will make a bridge for you. 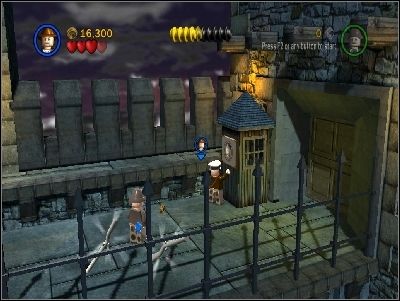 Go to the other side, defeat your enemies, take new hat and knock to the outpost. If you don't have the right hat just go back a little and defeat new enemies. 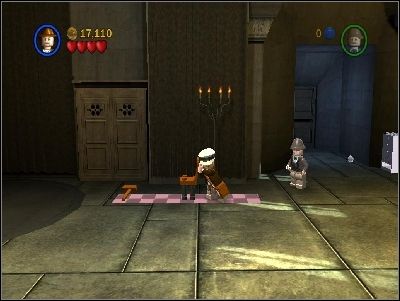 Only thing you need to do here is to push the chair all the way to the left and go down the secret passage.