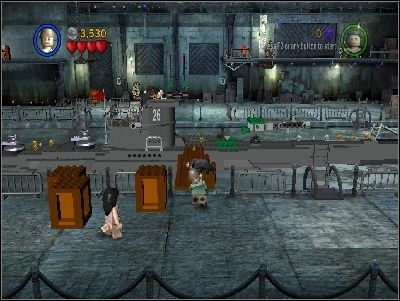 Go to the right and take the box. Put it on the green pad on the submarine and defeat your enemies. Jump on the other side and go to the left. Use your whip on the highlighted place and go up the ladder. 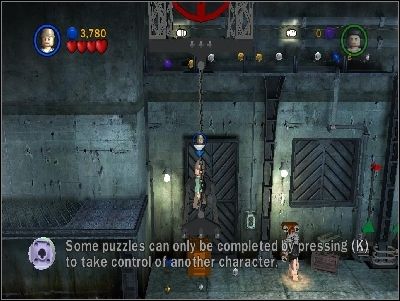 Stand with Indy on the metal crane and change your character to Marion. Use the mechanism to move the crane and Indy to the other side. As Indy, pull the orange lever with blinking light above it. The ladder will be lowered and Marion will join you. Use simultaneously two levers and enter the secret room. Defeat your enemies and take the box. 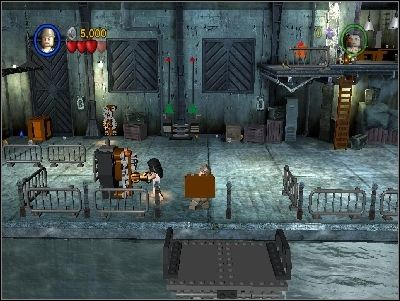 Get down with the box and let Marion call the foot-bridge. Stand on it and let Marion send you to the submarine. Put the box on the green pad and make a gun from the LEGO pieces. Use it. Notice that two windows will open. Shoot the green spots as long as the green arrows will get to the top. The ladder will pop-up. Use it to get to the upper platform, go right and threw the large window. 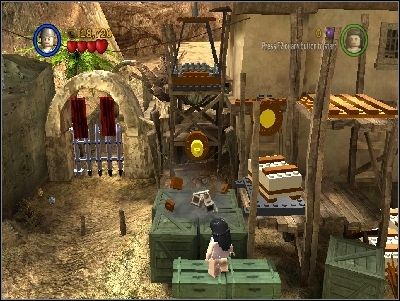 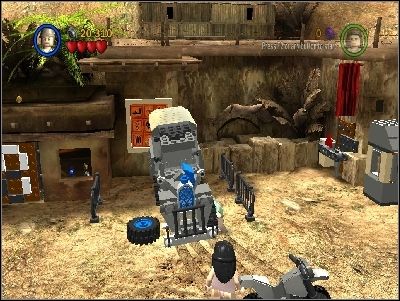 Defeat enemies on the roof and take a wrench. Jump down and repair the truck. Get in the truck and ride to the left and destroy the gate. Drive and stop under the building which was shown to you by the camera. Leave the truck, jump on it and from the truck jump to the roof of a building with orange buttons. 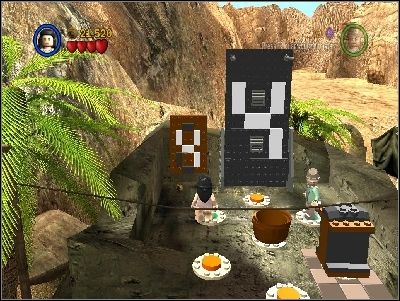 Push the block on the orange button, put the box in the right place and stand on the right button (look at the screen for correct combination). 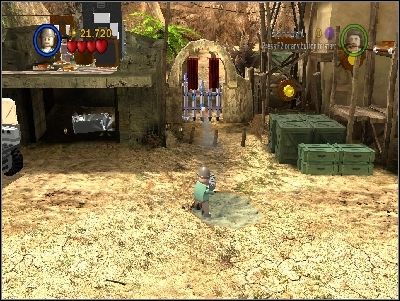 Take a rocket launcher from the room and destroy the blue gate to the right with it. Final boss fight will begin. You need to chase Herman and hit him few times. 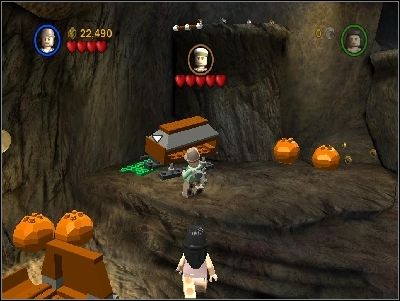 To reach first position of Herman, take a "coffin" and put it on the green pad. As Marion jump on it, and on the ledge. Run to the right, jump above the gap and you will reach Herman. Hit him, and he will change his position. 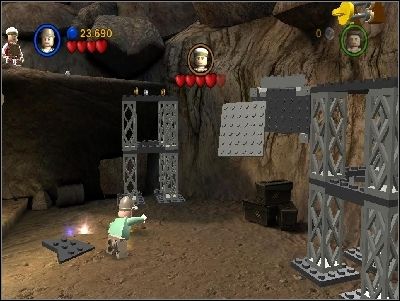 Go to the right and build a foot-bridge from the LEGO pieces. Jump with Marion on the rope and the foot-bridge will rise. Jump on it, and to the other side. You will reach Herman again. Hit him and he will change his position. 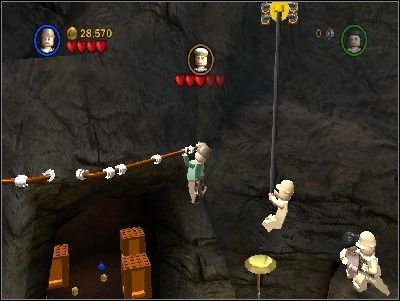 As Indy, go deeper towards the end of the cave and jump on the platform on the right side. Using brown bars go to the left. Use your whip on the highlighted place. Use the wooden platform to reach Herman and to hit him. Herman will jump down and will join the fight. Hit him two times and you will end his miserable life.