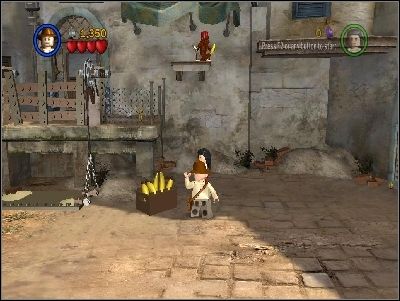 Take a banana from the basket and throw it to the monkey. In return you will get a wrench. Use it to repair the machine on the left side. You will notice, that the gate will open. Go through the newly opened passage. 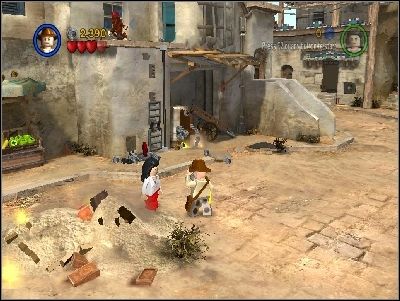 Go down, and you will reach a stand with a bananas and a monkey. Kill enemies, take banana and throw it to the monkey. You will get a shovel. Dig up the LEGO pieces and build a mechanism from them. Next, repair the ladder using the LEGO pieces lying near the mechanism. 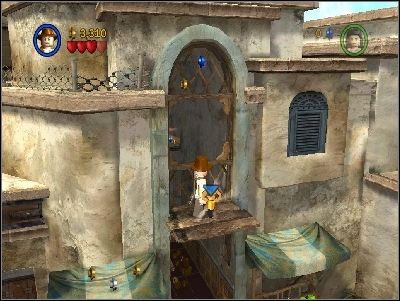 Use the lever and climb up on the ladder. Using the trampolines get to the key and take it. Jump down I go back to large gate with two mechanisms. Put your key to one of them. Now, you need to find the second key. 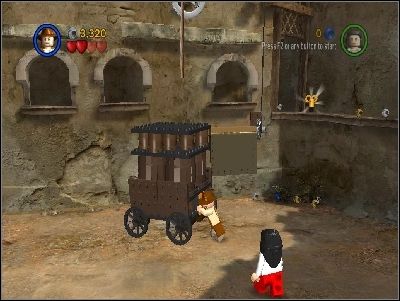 Go to the right and kill your enemies. Push the coach to the left. As Marion jump on the trampoline near the highlighted area and then on the coach. Jump on the rope and then to the right. Take the key, go back, use it on the mechanism near the large gate and open it. 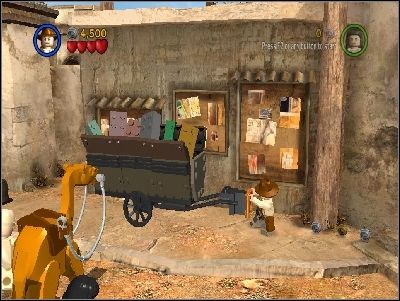 In the next location defeat you enemies. To knock down enemies on camels use your whip. Go right and notice a caravan. Destroy the box near it, repair it with the LEGO pieces and pull it to reveal a passage. Use it. 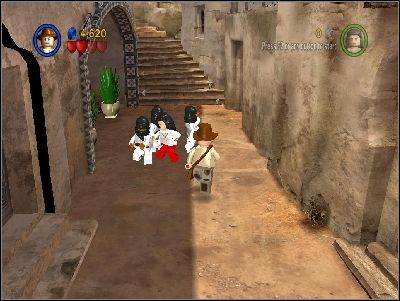 You will be immediately attacked by enemies with swords. Defeat them and go up the stairs killing enemies.