LEGO Marvel Super Heroes 2 is a new installment of a popular series of adventure games developed by Traveller's Tales. This time, the player, supported by a wide range of characters, faces evil villains from the expansive Marvel universe. The guide below offers a complete walkthrough to all activities in the game, divided into numerous smaller chapters that are easier to navigate.

The initial chapters of the walkthrough offer basic tips for players for whom LEGO Marvel Super Heroes 2 is the first LEGO title. You'll find detailed explanations of basic mechanics such as pink and golden bricks, ways of travelling and exploring the levels, and means of unlocking additional characters. We've also included a walkthrough for the base area (Avengers Mansion) and a FAQ section that offers ways of gaining coins or how to achieve a 100% playthrough.

The core of the guide is a richly illustrated walkthrough for each mission found in game with additional tips for boss encounters or difficult fragments during certain levels.

Moreover, the guide sports chapters on collectibles. You will find detailed walkthroughs for puzzles and the locations of every miniset, gold and pink bricks, heroes in trouble, and character tokens which are a pre-requisite for a 100% playthrough.

Finally, the guide contains a chapter on technical aspects, including system requirements. 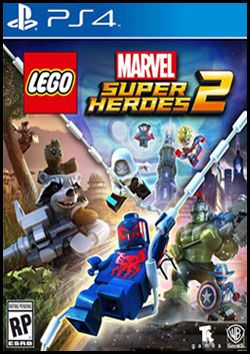 LEGO Marvel Super Heroes 2 is a sequel to the 2013 platform/action game LEGO Marvel Super Heroes developed by Traveller's Tales. This time we will have to face Kang the Conqueror who travels in time and causes turmoil in various eras across the history. Once again we will be able to play as several dozen Marvel characters, including Thor, Hulk, Doctor Strange, Spider-Man, and Guardians of the Galaxy. Gameplay focuses on exploration (we will visit Wild West, ancient Egypt, 2099 New York, and other times and places as we play), combat, and solving simple puzzles and riddles. The game offers a single player campaign and a multiplayer mode (co-op and PvP arena battles) for up to four players. This site is not associated with and/or endorsed by the Warner Bros. Interactive Entertainment or Travellers Tales. All logos and images are copyrighted by their respective owners.