The LEGO City: Undercover game guide provides detailed information about the game. A thorough description of the walkthrough of the game's storyline divided into 15 chapters will help with completing the storyline, especially for the youngest of players. Challenges and side quests have been described in separate chapters. Location maps with attached comments will help you to find the numerous secrets, such as Gold and Red Bricks, character costumes, new cars. Gathering all of them is required in order to complete the game in 100%. There is also no lack of chapters with advice and tips, which explain the new mechanics that are present in the game, as well as the list of achievements/trophies.

The next installment of the LEGO series allows the player to step into the shoes of a policeman named Chase McCane. In the game's open world, which has been divided into three distinctive districts, he will fight against criminals and complete missions and challenges for the department, but he will also play the role of a thief while working undercover. This time both a number of story related quests, as well as an array of side quests and challenges, that can be completed in any order are available to the players. There is also plenty of puzzles and good humour. 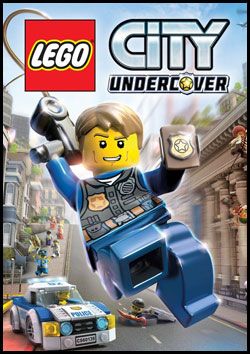 Another installment in the popular series of third-person perspective action games that uses the license of the popular LEGO bricks franchise. The game takes place in a modern metropolis and its main protagonist, Chase McCain, is an undercover cop. His task is to find, infiltrate, and stop criminal operations, which he does in-style, Hollywood style. Gameplay mechanics in LEGO City: Undercover combine the most important features of the LEGO series with elements typical of the Grand Theft Auto and Driver series. The gameplay is a mix of various genres and during the game the player will participate in spectacular car chases, fly a police helicopter, chase after suspects on rooftops, and engage enemies in fist fights. The controls are simple and intuitive and the game provides us with many opportunities to employ the unique capabilities of Nintendo consoles and their controllers.

Although video games are usually perceived as addressed at mature audiences, at their roots, they were primarily entertainment for kids. Here is a list of games that you can play with your younger siblings or kids, without concern for their safety. This site is not associated with and/or endorsed by the Warner Bros Interactive Entertainment or TT Fusion. All logos and images are copyrighted by their respective owners.