On this page of the guide to LEGO Star Wars: The Skywalker Saga you will find a walkthrough of the side mission called Death Star Story. We explain how to unlock the character Commander Jir. 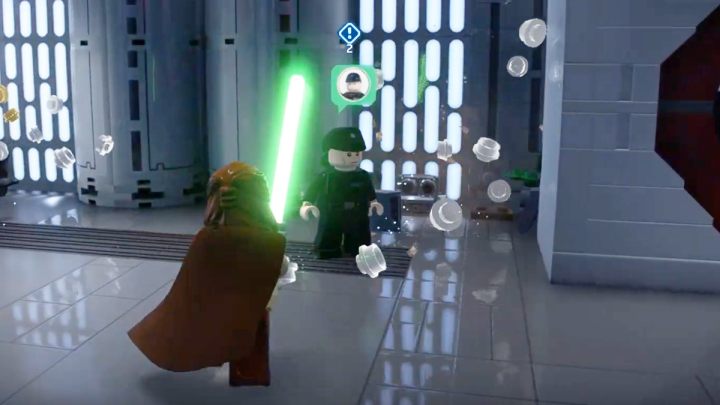 Talk to the quest giver and accept the task. Talk to Commander Jir again, and after a short cutscene, jump on the device and shoot down the model of the planet that appeared in the scene.

Then, defeat all opponents that will enter the room and talk to the quest giver again to collect your reward.