This page of the LEGO Star Wars: The Skywalker Saga game guide contains a walkthrough of the Bouncy Bounty side mission. We explain how to defeat Bossk and get the kyber brick.

Smuggle the trampolines from Jakku to Mustafar Space 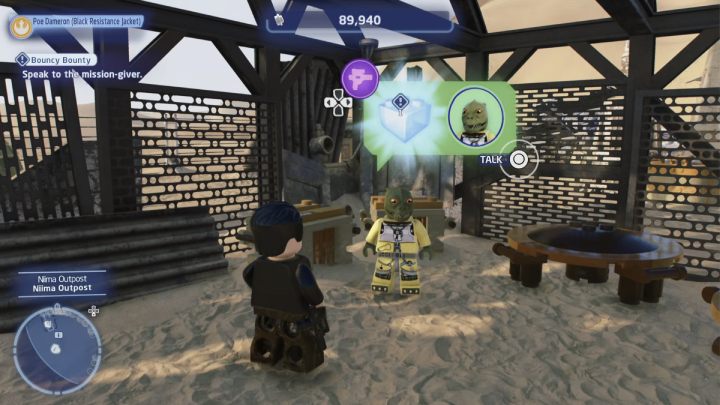 As a Scoundrel, talk to the questgiver in Niima village and accept the quest. Head to planet Mustafar's local space and defeat all enemy ships encountered on the way.

Once you reach your destination, fly to the quest giver and talk to him, then land in the mining complex. 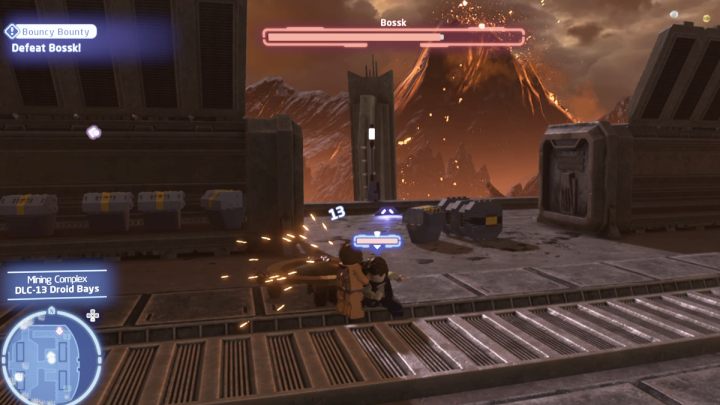 When Bossk starts running away, catch up with him and start the fight. The opponent will jump on the trampolines and use smoke screens. You have to wait for him to jump to the ground and then attack him in melee or with a ranged weapon. He'll only have a moment to attack, so use every chance to damage him quickly.

To finish the quest, talk to Bossk and collect your reward.