This page of the guide to LEGO Star Wars: The Skywalker Saga contains a walkthrough for the Dianoga Destroyer side mission. You will learn how to defeat the Diane Ogre and unlock the First Order Cold Weather Assault Trooper as a playable character. 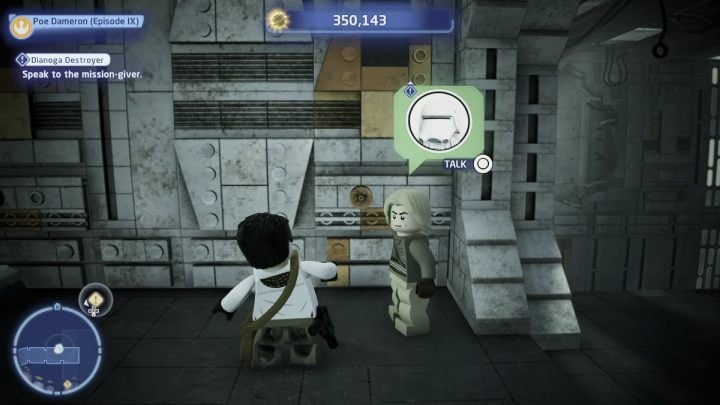 Talk to the quest giver in the ruins of Death Star II and accept the mission. Your goal will be to get rid of the Diane Ogre. You may have already met a similar opponent, Dianoga, during Episode 4 - A New Hope. 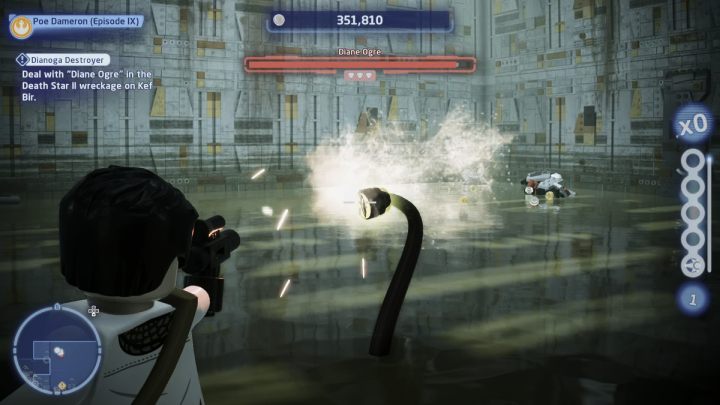 To defeat this Boss, you must shoot the eye at the end of the tentacle. Shooting regular tentacles will have no effect. The monster has 3 tentacles with eyes, and you must hit the eyeball to deal any damage. 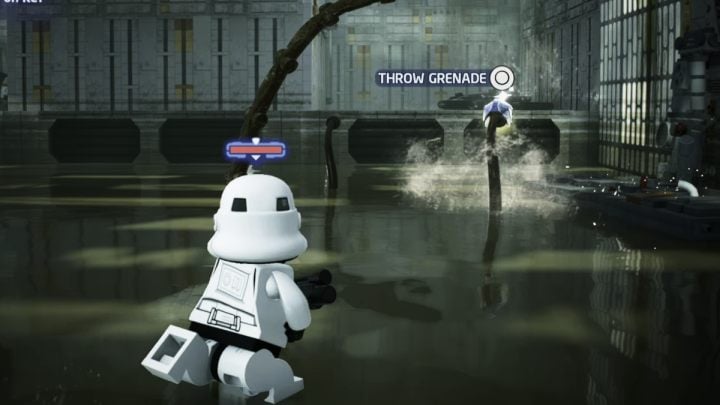 After a while another eye tentacle will appear, this time wearing a silver helmet. Switch characters to Villain and throw a grenade at it. 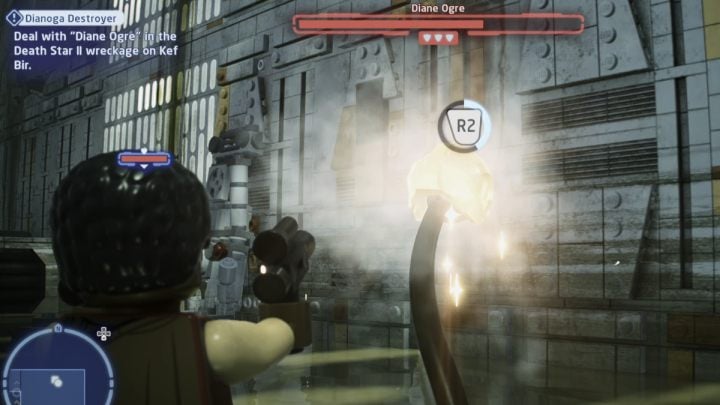 To smash the helmet, switch to Bounty Hunter and shoot it until you fill the circle above the eye.

Keep shooting the eye tentacles. When you deal enough damage, the monster will die. Finally, go back to the giver and collect your reward.