The following page of the guide to LEGO Star Wars: The Skywalker Saga contains a walkthrough for the side mission No Way Toojay. You will learn how to find 5 droids and make them return to the R5-2JE.

Send all the landing pad droids back to R5-2JE 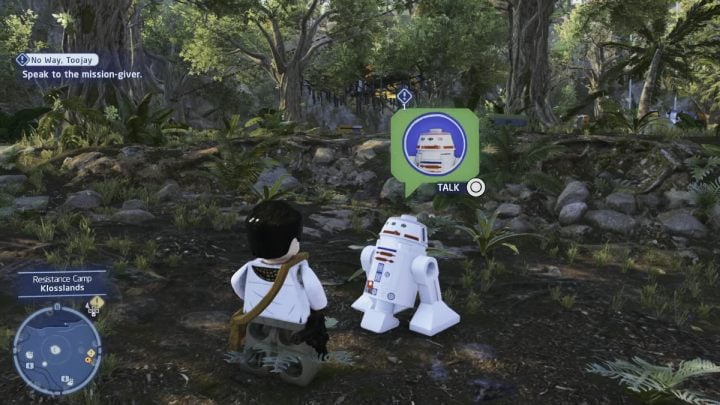 Accept the mission from the quest giver in the resistance camp. Your goal will be to bring back 5 droids. 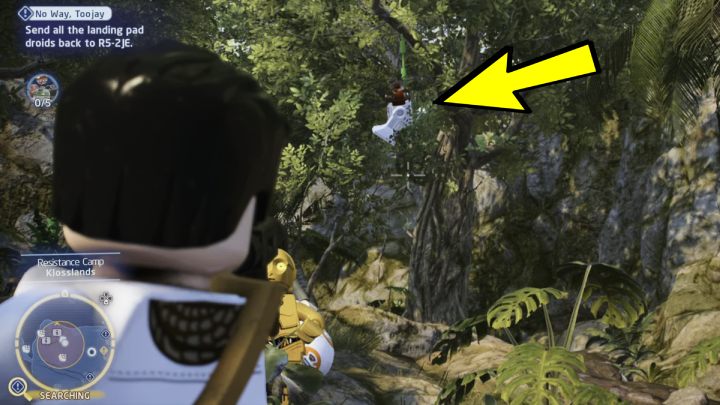 The first droid will be hanging from the tree. Shoot him down and talk to him when he hits the ground. 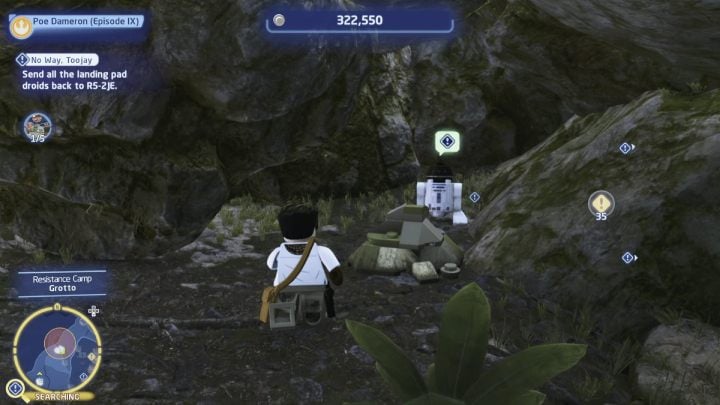 The second droid is hiding in a small cave, which you can enter through the stone stairs at the edge of the map. 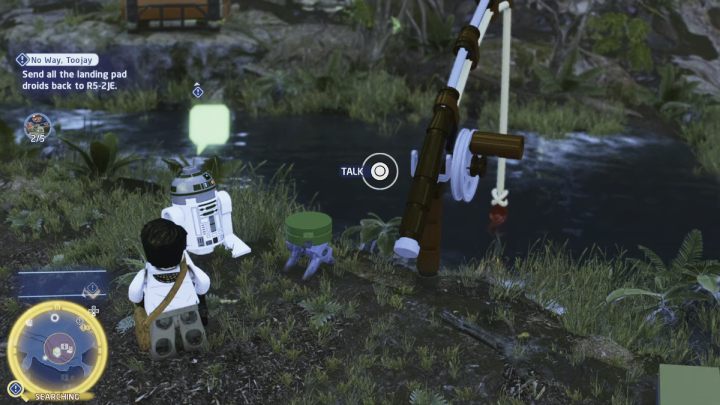 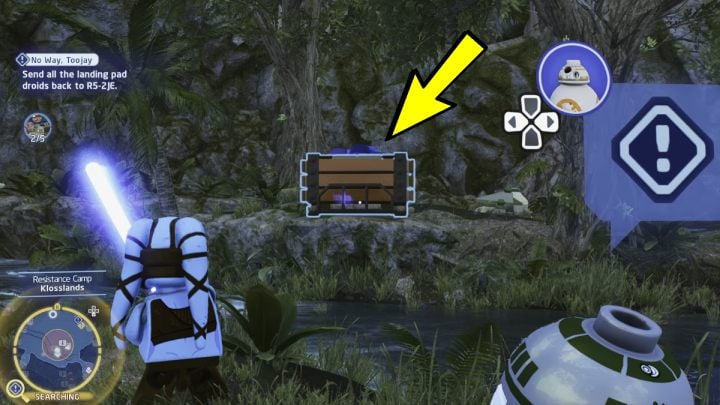 You will meet the third droid by the river. After talking to him, smash the chest on the other side of the shore. Use the Force to pick up the fish and place it next to the fishing rod so that the droid can catch it and return to the quest giver. 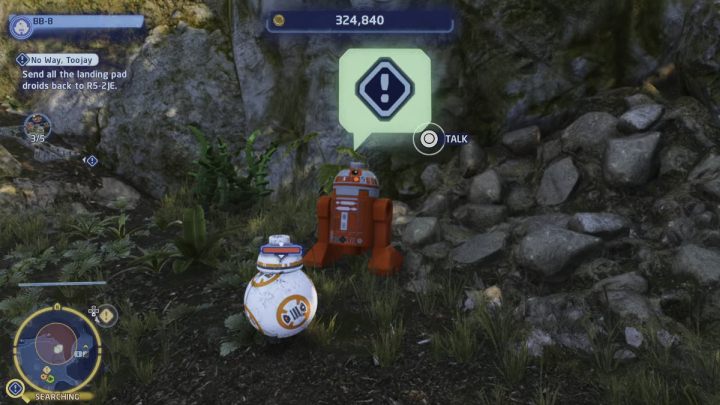 The fourth droid will ask you to listen to a story about the Jedi. Talk to him while controlling the Astromech Droid. 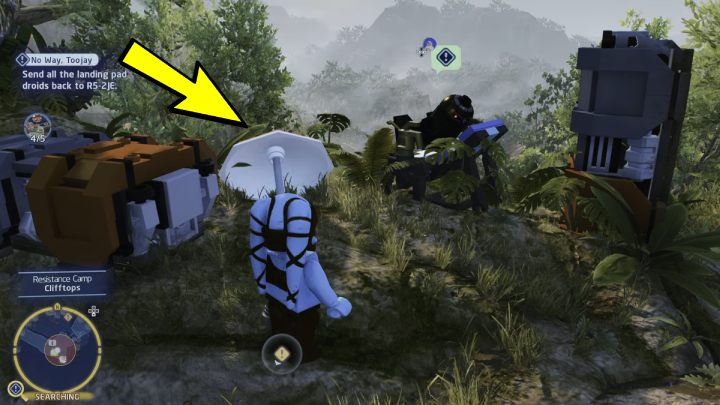 The fifth droid is on the upper level of the camp. Talk to him while controlling the Astromech Droid, then switch to the Jedi and pick up the umbrella. Cover the droid so it can no longer sunbathe. After a short conversation, the droid will return to the quest giver.

Once all the droids have been found, you can claim your reward.