On this page of the LEGO Skywalker Saga game guide, you will find an explanation of the types of locations available in the game. We focused specifically on open maps that could represent, among others, surfaces of selected planets, and on level locations (quests related to the main storyline). 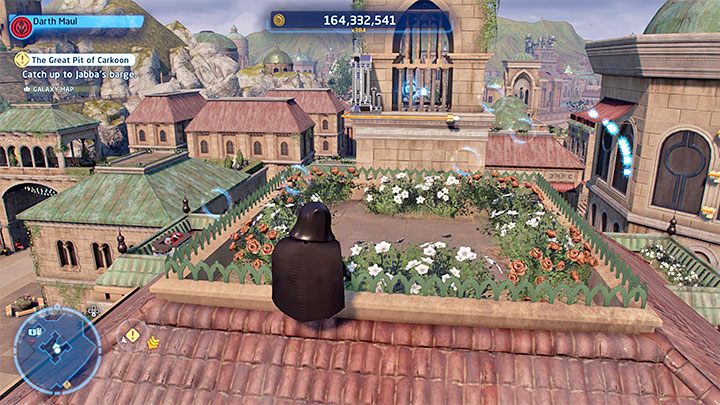 LEGO Skywalker Saga has large open maps and you can explore them between completing story missions. These can be, for example, cities, villages, the insides of large ships, hideouts or areas in the forest.

A common feature of open maps is that they hide many secrets and optional activities. You can find bricks and data cards, unlock new characters and ships, complete puzzles, take part in side quests or even race. As you explore a given map, new markers may appear on it, which will not disappear from it anymore. They are a great help when it comes to finding places to obtain collectibles or completing additional activities. In the pause menu, you can also check your progress in discovering 100% of items from a given location. 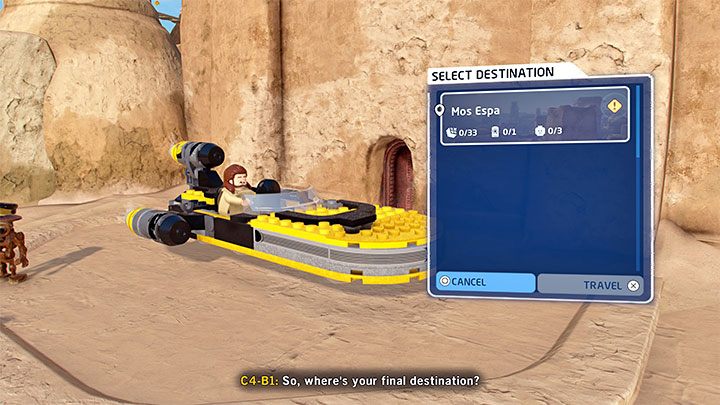 In some cases , there may be several open locations on the surface of the same planet. You can choose the location you are interested in before landing on the planet, or look for a taxi and choose a new destination from the list. 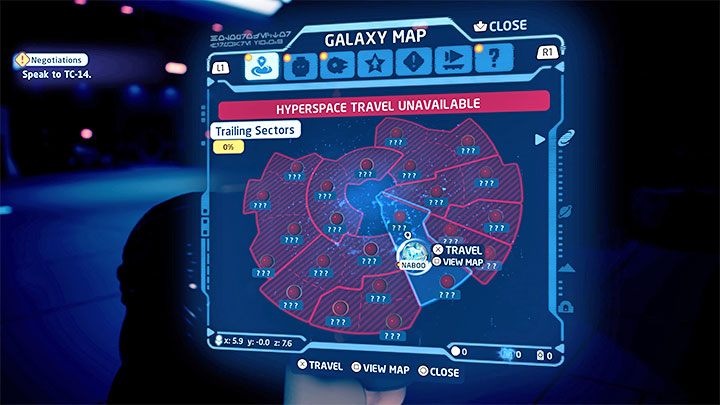 You can't visit all game locations right away. When starting a new campaign in LEGO Skywalker Saga, almost all open maps will be unavailable - on the galaxy map you will see question marks and red lines (example in the picture).

In order to unlock a given planet / location , you must first visit it for the first time as part of the main storyline progress. From now on, the place will be available for replaying missions and free exploration. 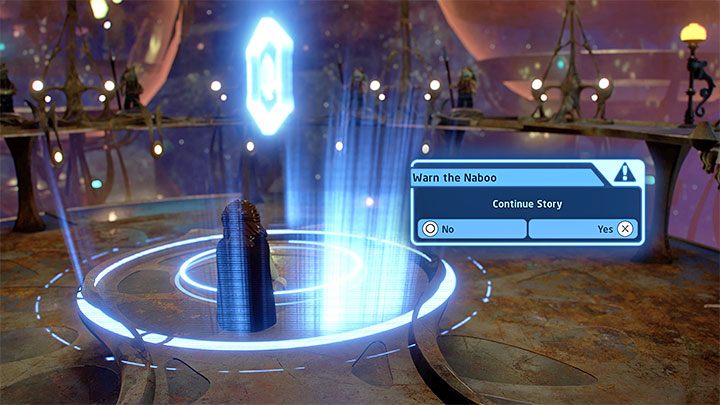 Open locations are also visited for the purpose of completing smaller story missions that precede the levels (i.e. "large missions"). There is no obligation to deal with them immediately after reaching the place and if you want, you can first look around the area. In order to start a smaller task, you have to reach the blue circle and confirm that you want to continue the story (example in the picture). 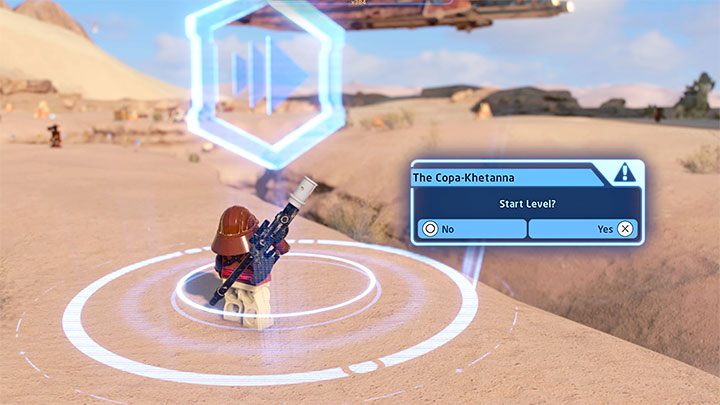 The levels (missions of the main storyline) can be completed regardless of the exploration of open maps . Some levels can start automatically, for others you have to reach the blue circle (example in the picture) and confirm that you want to start the mission. You will not be able to travel freely on the world map and on open maps until the end of the level. Free exploration will be re-enabled after completing or canceling a level prematurely.

Each episode has 5 story levels , so there are 45 of them in total (9 episodes x 5 missions). They differ in content, assumptions and length. Completing all levels is required to complete the episode , but don't be in a rush here. You have complete freedom - you can engage in story missions at the first possible opportunity or prioritize free exploration of the area without advancing further in the main story. For our part, we recommend that you take care of all story missions at a fairly early stage of the game, thanks to which you will ultimately gain access to 100% of the locations on the world map. 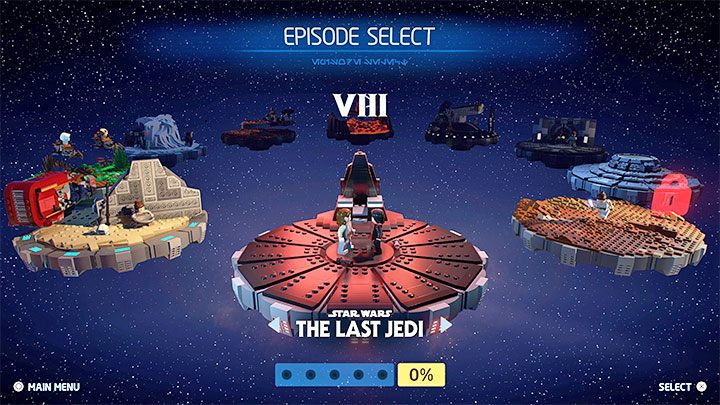 You can repeat the levels , and the main reasons are to obtain the missed minikits (unique secrets), obtain the status of True Jedi, and complete the missing mission challenges. You can reach the same blue circle again, but it is more convenient to select the stage you are interested in from the episode menu (picture above). After completing or interrupting a level, you will return to the last visited place and you do not have to worry about resetting your progress related to free exploration.

You can also replay the stages in the Free Play mode, which, unlike the story mode (the only one available when passing the level for the first time), guarantees the possibility of choosing playable characters . Using the skills of heroes from other classes may be required to unlock some secrets in a given mission.