On this page of the LEGO Skywalker Saga game guide, you will find an explanation of how to permanently extend the health bar for all controlled characters. This can be helpful in completing boss fights and large fights where having more health will make it easier to survive. In addition, we suggest how to improve health regeneration in order to recover faster. 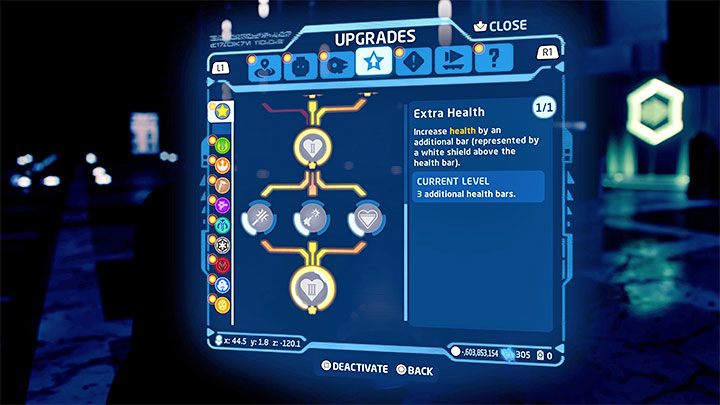 As you play LEGO Skywalker Saga, you can and should make efforts to extend the default length of your health bar. Having more health points can be useful, especially during boss fights, but you will also appreciate it during other larger fights or, for example, after being under fire from enemies attacking at a distance.

To buy skills, you need Kyber bricks (to be found in the game world - one of the secrets category) and studs (the main currency). Additionally, you have to purchase skills from previous branches of the development tree in advance. The last, third health upgrade is unfortunately at the very end of the skill tree (screenshot above). 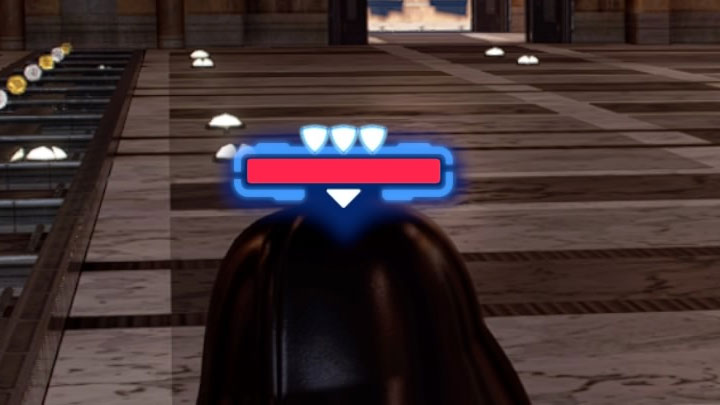 Unlocking skills is confirmed by the appearance of white shield icons above your character's main health bar. They are consumed one by one as you take damage, and it works similarly to depriving some bosses of energy bars.

The health upgrade applies to all available playable characters. You don't have to buy upgrades separately for each hero or hero class. We recommend that you get interested in this topic quite early in the game, especially if you often die during fights. 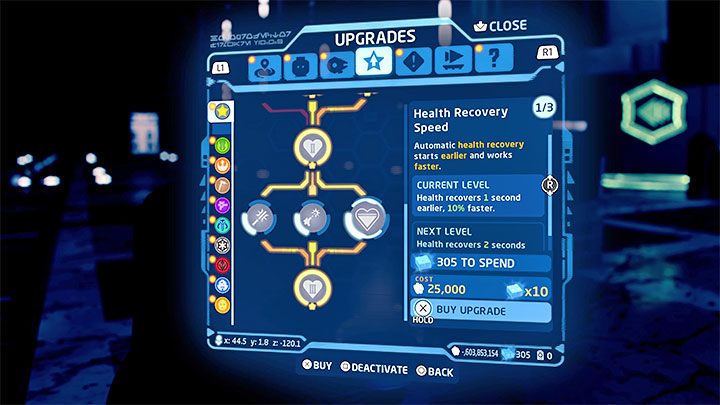 In addition to working on increasing the vitality of your characters, you may also be interested in the skill Health Recovery Speed, which can also be found in the main skill window. Each purchased level of this ability can cause health to regenerate earlier and the process itself will be faster.

Additional note - health can only regenerate automatically if you have not disabled the Automatic Health Recovery item in the game options. Otherwise, the only way to regenerate will be to pick up hearts dropped by defeated enemies.