On this page of the LEGO Skywalker Saga guide, you will find information on how to unlock and use mind tricks. You will learn, among others, which characters can use this mechanic, and how mind tricks can be used to control or distract characters. 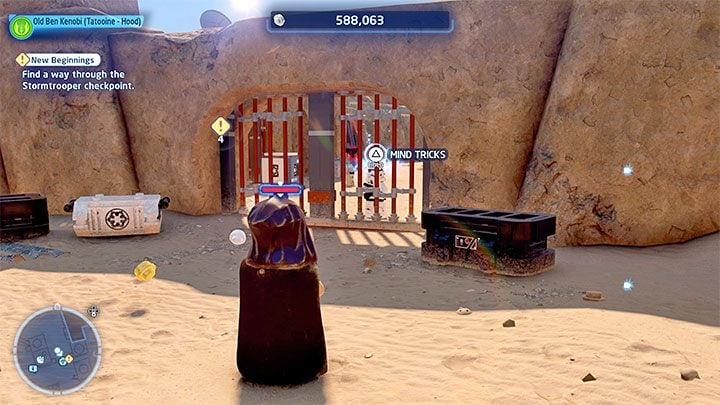 While traveling around the world, some of the characters you meet (neutral or hostile) may be marked with a mind control icon (example in the screenshot). You can then hold down the mind trick button:

The main variants of mind tricks 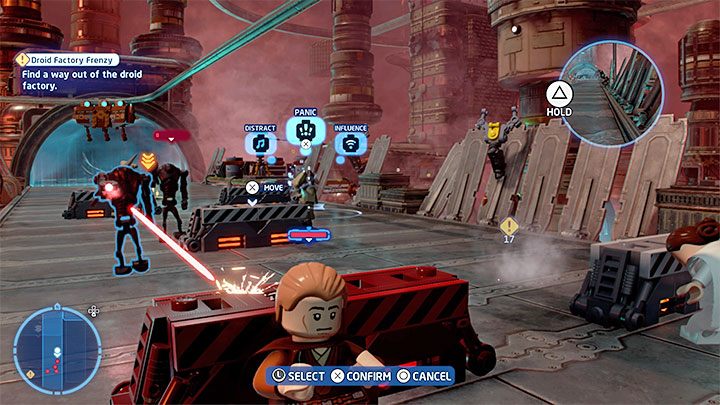 Mind tricks will not activate immediately after targeting a character that is susceptible to it, because you also have to choose a mind trick.

There are 3 tricks available in the game - Influence , Distract and Panic. An interesting fact is that you can switch between them also while using mind control on the same character. If you want to choose a different trick, there is no obligation to find another character to use another skill on it. 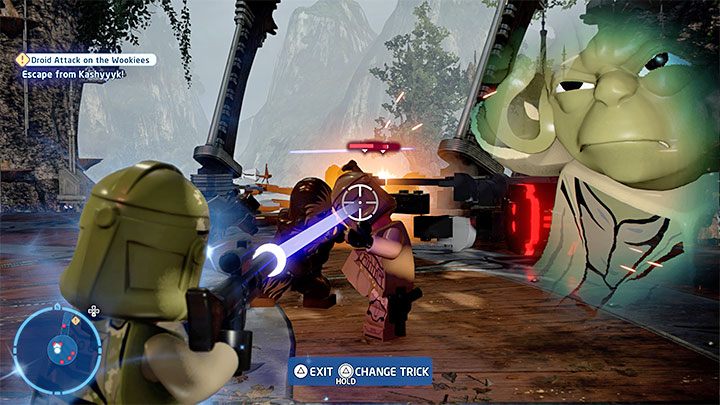 Influence is the most important mind trick because it enables you to take direct control over a given character (example in the screenshot). This may have different uses. After using Influence, you can start using the enemy's weapon or, for example, direct the captured character to a lever or switch. Influence can be useful or even required to complete some of the puzzles in the game.

Distraction prevents the enemy from attacking and this option can be useful if you want to give yourself more freedom during the fights. This state does not last very long, but you should have enough time to, for example, change your position or attack a confused opponent without the risk that he will immediately respond to your attack.

Panic can cause opponents to fight each other. A panicked opponent on whom you used this skill may stop attacking heroes and turn against their allies. It is best to use this skill if there is a group of enemies in the area, and you want to make eliminating them easier. After they start fighting each other, they will become easy targets.

Increasing the effectiveness of mind tricks 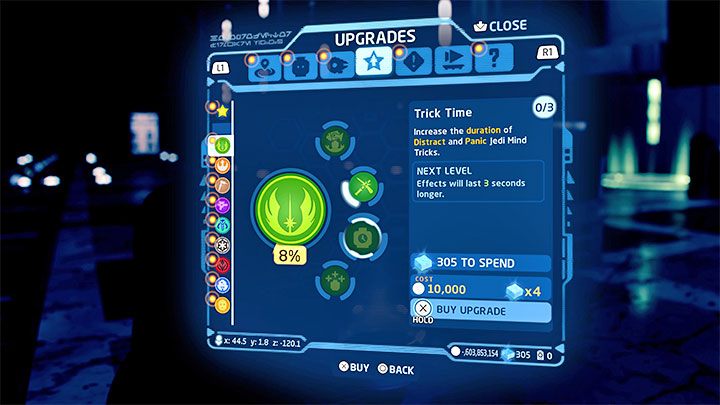 In the Upgrades tab, you can go to the skills related to the Jedi class. There you will find two positions that allow you to increase the effectiveness of mind tricks. These are: