On this page of the LEGO Skywalker Saga game guide, you will find a description of the fight with BB-Boss - this is a large mechanical opponent from the Be With Me part from episode 9 (The Rise of Skywalker). Our walkthrough describes how to avoid the constant fire of the boss, and how to destroy the BB-Boss.

The location where you duel with BB-Boss 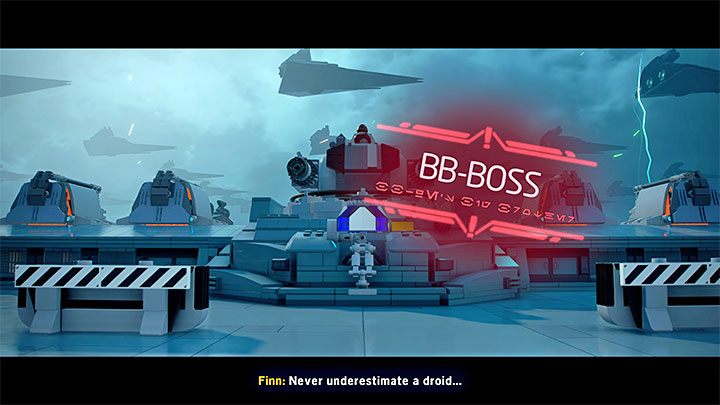 BB-Boss is a large machine that you will encounter while completing the final level of Be With Me. After one of the orbak rides, you will meet the enemy BB-9E droid, which will take its place on the deck of a larger machine.

Description of the boss battle 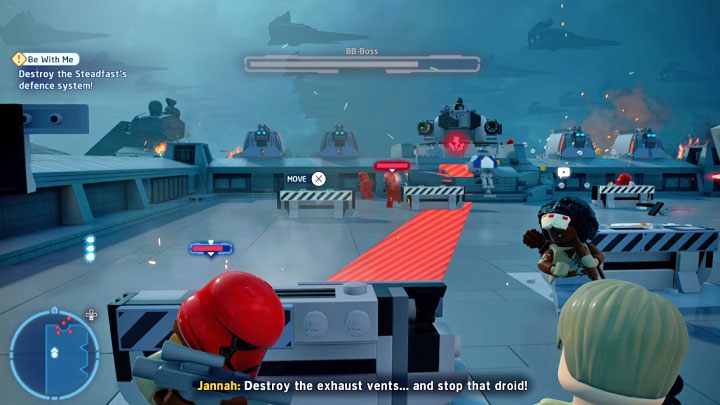 BB-Boss's big cannon is firing constantly. Try to stay behind cover at all times. The covers might be destroyed, but there are a lot of them in the area, so you shouldn't need to rebuild them (although it is possible). 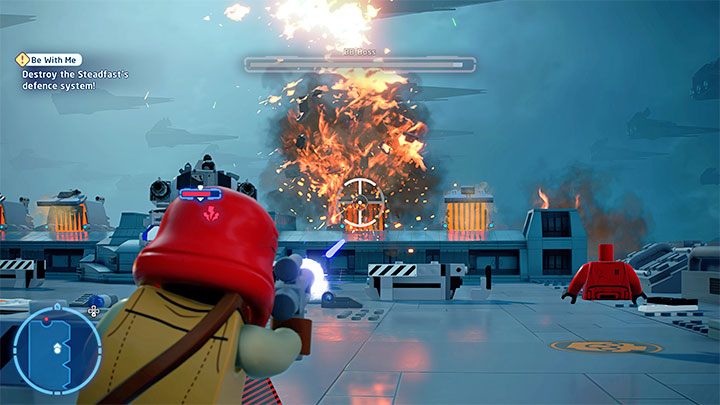 Take action after BB-Boss finishes shooting. The machine is indestructible, but you can aim at the orange fans. There are 4 to choose from, but the game will allow you to destroy only one at a time. After a successful action, you have to resume hiding behind the covers, and only after the boss's fire is over, target another fan. 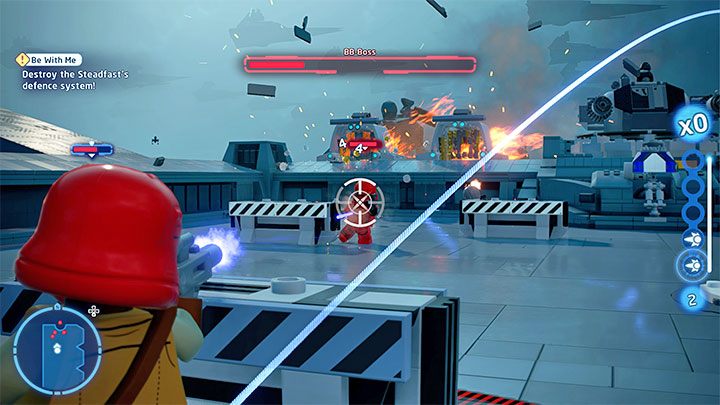 During this fight, the boss is accompanied by stormtroopers . You can attack them in your spare time or focus on the boss, but watch out for them throwing grenades at you.