This page of the guide to LEGO Skywalker Saga contains the first part of the walkthrough for Episode 8 (The Last Jedi). It covers the intro to Episode 8 and the Dameron's Defiance level. The walkthrough explains how to weaken the Dreadnought, destroy the TIE fighters, protect the bombers and close the Dreadnought's hangars.

Note - The walkthrough assumes you're playing through episode 8 in Story Mode. It doesn't include secrets or collectibles described on separate pages of the guide. We suggest completing the Story Mode of every episode first before replaying them in Free Play. 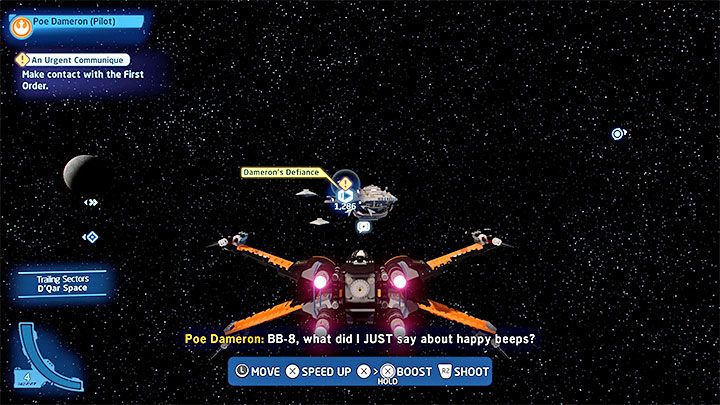 You begin Episode 8 controlling Poe Dameron's ship in D'Qar orbit. You must make contact with the First Order. This means you must make a short trip towards the large spaceship. You must also confirm that you want to start the Dameron's Defiance level. 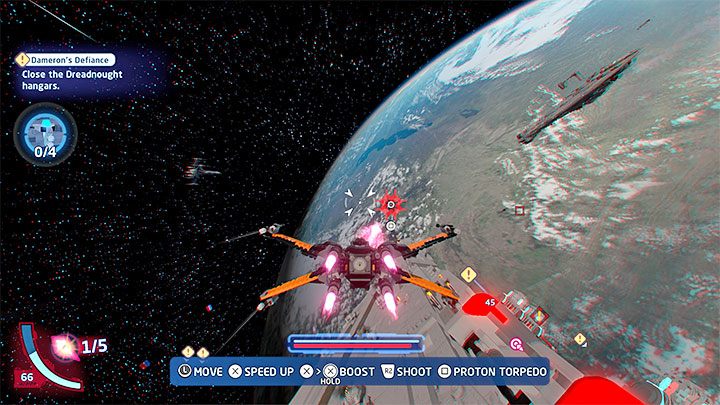 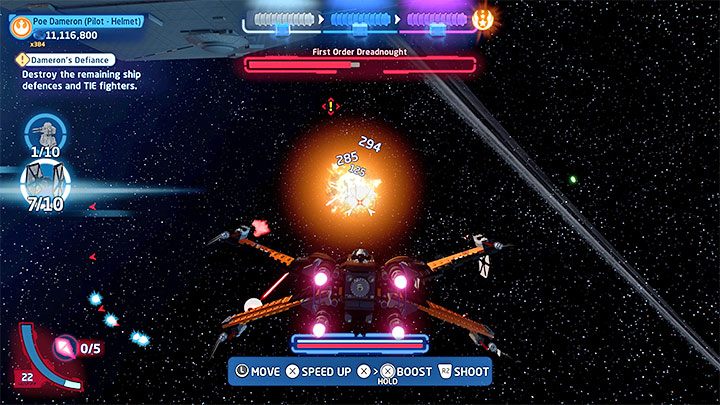 This level takes place entirely within outer space. Your first mission objective is to destroy five of the dreadnought's guns. It doesn't matter which ones you destroy, but try not to crash into them and turn away before you get too close to the dreadnought.

The next mission objective is to destroy ten guns and ten TIE fighters. When shooting at the enemy fighters watch out for the crosshairs, which indicate where you should fire to hit them. 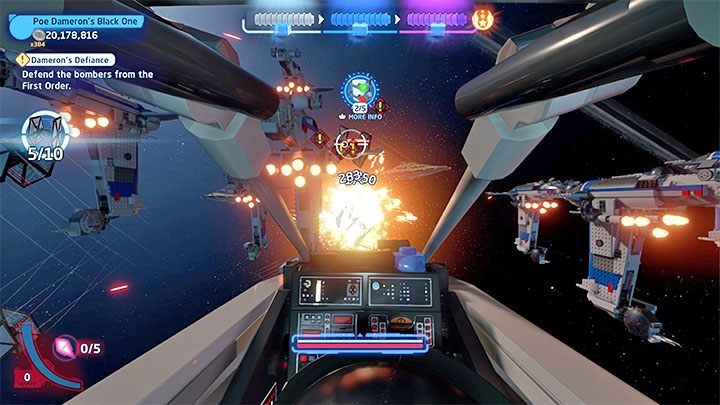 Your next objective is to protect the bombers. During this section you'll enter the first person mode. You must move the crosshair to shoot down your targets. You must destroy the TIE fighters until you shoot down ten of them. 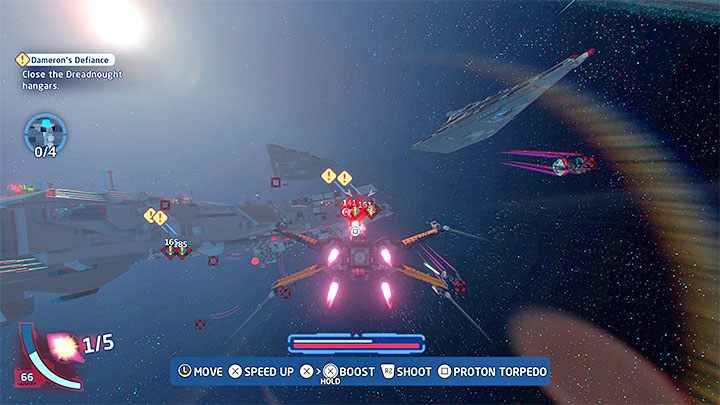 In the last part of the mission you'll be tasked with closing four of the dreadnought's hangars. You need photon torpedoes, obtainable by destroying the fighters leaving purple traces behind.

After obtaining a torpedo start flying towards one of the marked hangars and lock on to it. Once you fully lock on, fire the torpedo. Completing this objective finishes this rather short level.