On this page of the guide to LEGO Skywalker Saga, you will find a description of the second fight with Captain Phasma. The fight takes place during the Chrome Dome Down story mission from Episode 8 (The Last Jedi). Our walkthrough tells you how to weaken Captain Phasma in 9 different ways.

Where you fight Captain Phasma (Episode 8) 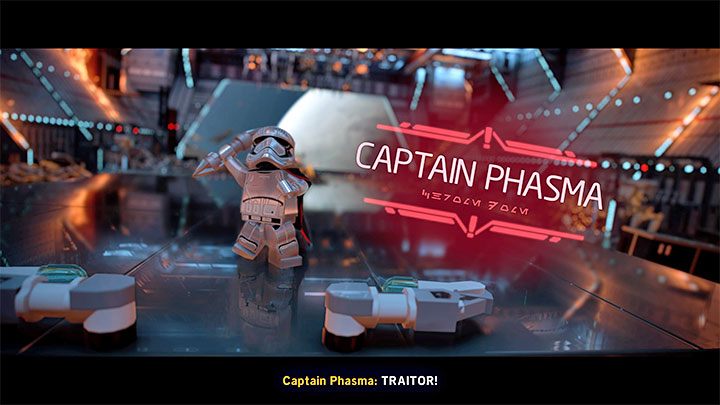 Captain Phasma first appeared in Episode 7. She will stand in your way again during Episode 8 (The Last Jedi). The second fight with her takes place during the Chrome Dome Down level. 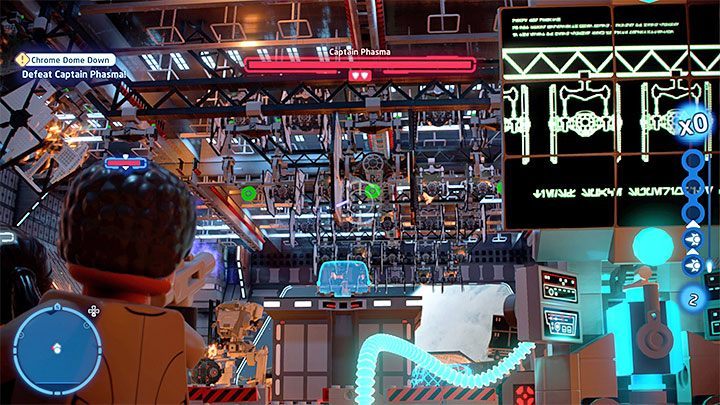 To defeat Captain Phasma you have to successfully attack her 9 times in total (3 times per phase). If you choose 9 different ways to weaken Captain Phasma, you will complete one of the mission challenges. We have described all the methods below.

After the level begins, stay in the starting location and look at the fighters on the conveyor belt above Phasma. There is a green crosshair at each of them - you can fire at them and drop a fighter once it stops above the boss. The ship will fall on Phasma and deal damage to her. 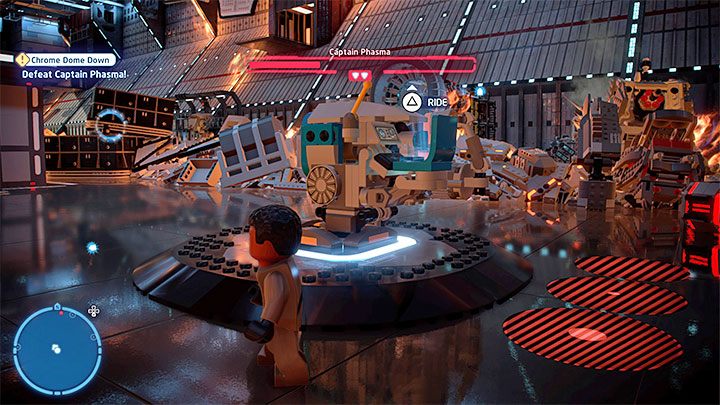 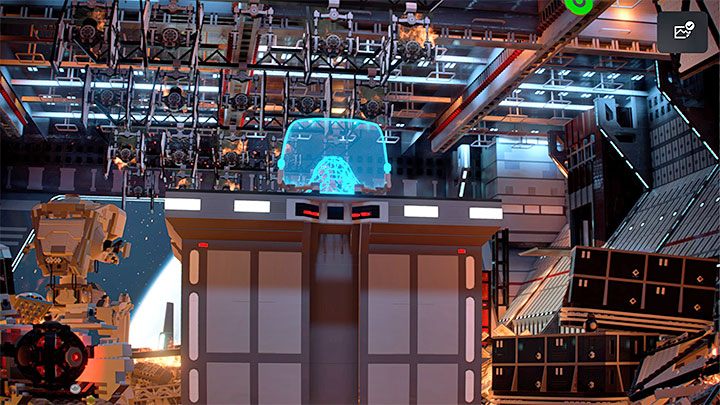 Deal with the closest enemies and destroy the objects in the vicnity. This will allow you to construct the net launcher shown shown in picture 1. Get to her floor and press the interaction button to launch the net towards Phasma and deal damage to her. 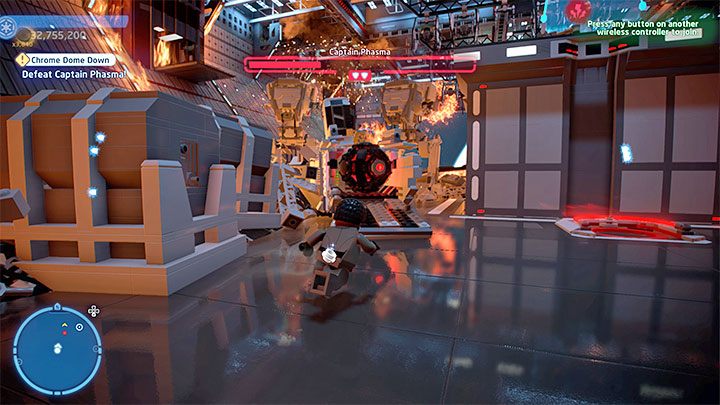 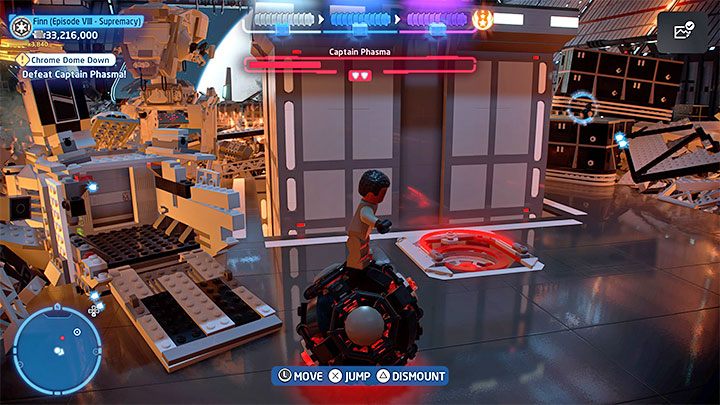 Under the ledge where Phasma is located, you'll find a sphere (screenshot 1) Jump on it and drive it to the nearby slot (screenshot 2) Captain Phasma will take damage again, and thus begins phase 2 of the encounter. 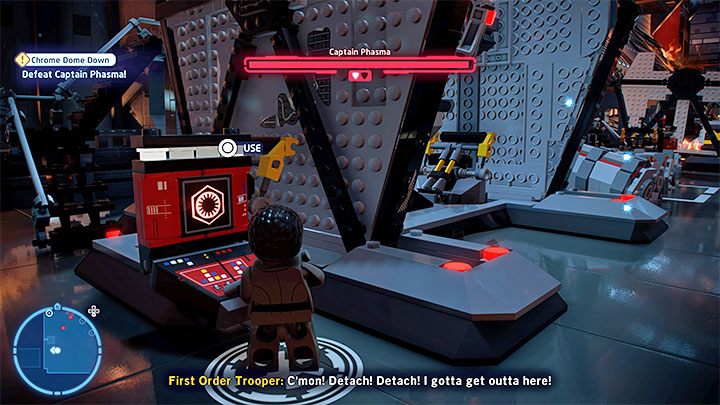 First, run to the left and, playing as Finn, interact with the red terminal shown in the picture. Completing the mini-game will activate the ship that will go towards Phasma and crash into her. 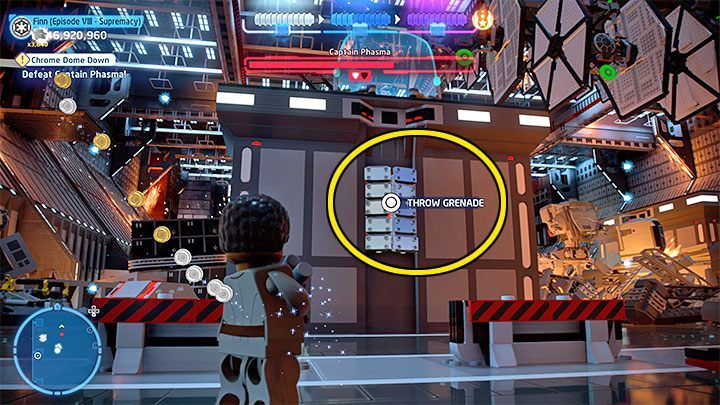 Get rid of the turret operator. Before you man it, approach the ledge where Captain Phasma is standing. Finn has to throw a grenade at the silver covers shown in the screenshot. 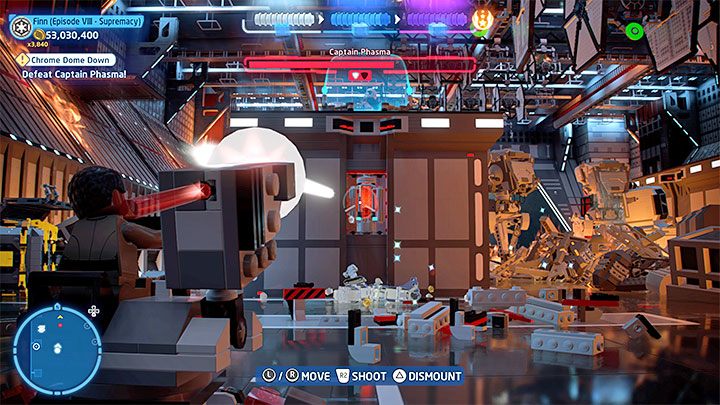 You can now proceed to manning the cannon. There are two possible targets:

The third phase of the battle should begin.

The third second stage of the fight 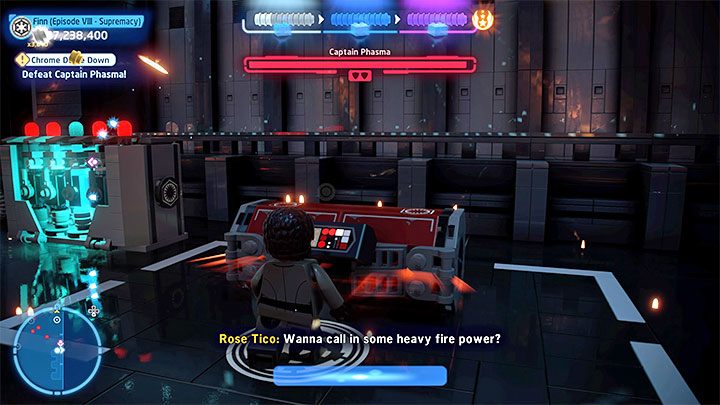 Run with Finn towards the red weapon chest on the right . Open it and take the FWMB-10B Repeating Blaster from it. Use this weapon to shoot Captain Phasma once and deprive her of 1/3 of her last health bar. You can now drop the weapon (ignore the flamethrower from the chest for now). 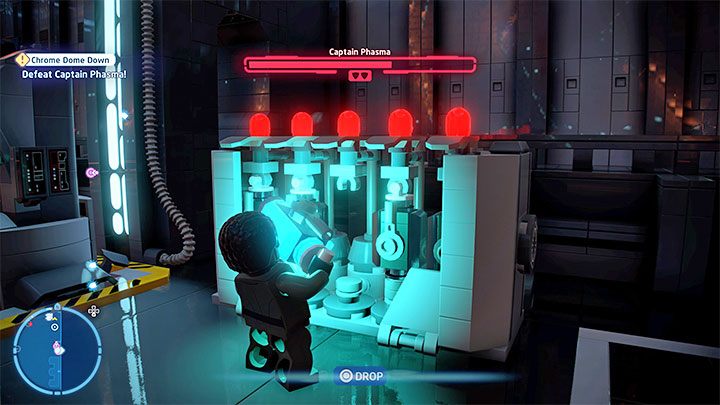 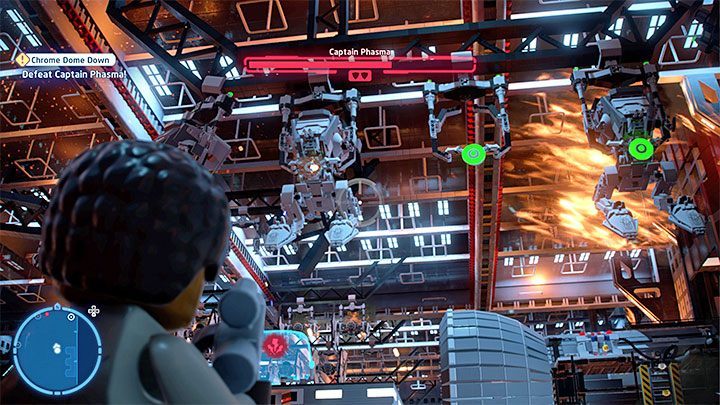 Find the energy source on the right (picture 1) and place it in the nearby device. A new conveyor belt will start operating at the top of the hangar. Again, look for an opportunity to hit the green crosshair and drop a fragment of one of the machines on Captain Phasma. 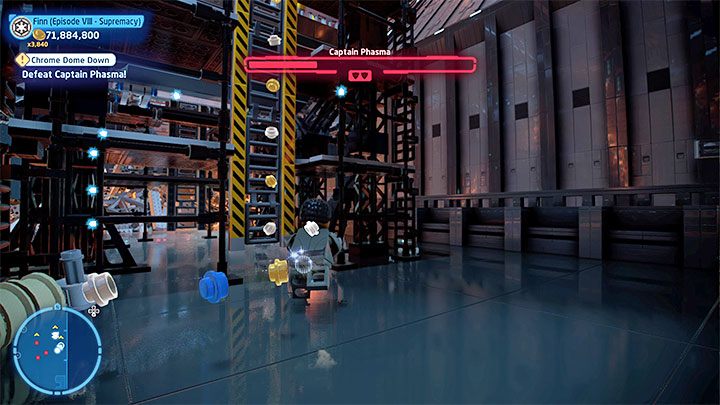 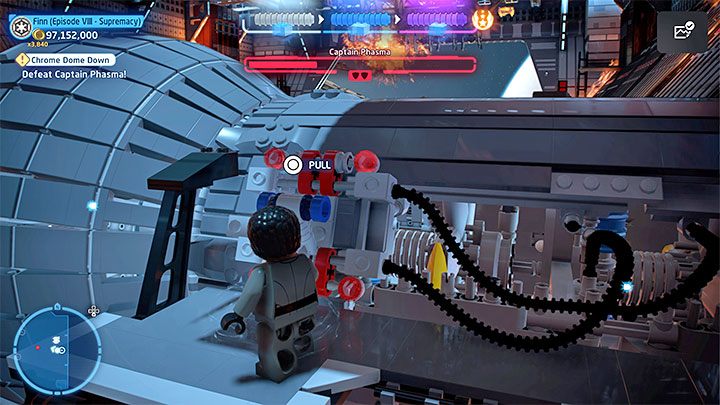 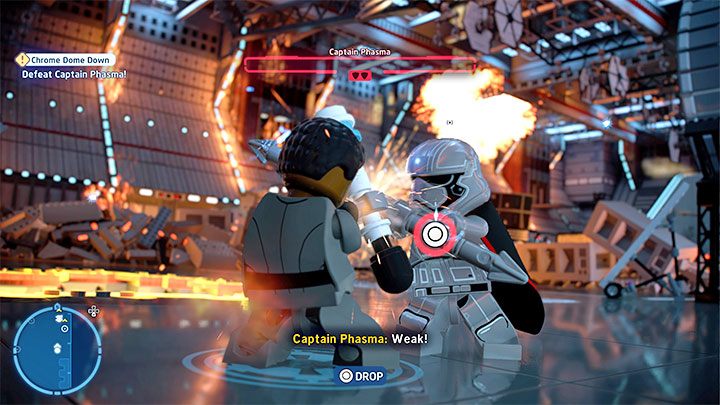 Captain Phasma will take damage for the ninth time. As the battle concludes, you need to quickly press the buttons appearing on the screen to win a QTE and finally defeat Phasma.