This page of the LEGO Star Wars: The Skywalker Saga guide contains a walkthrough of the I Spy Cream side mission. We explain how to safely escort Willrow Hood to his destination.

Escort Willrow Hood to his destination 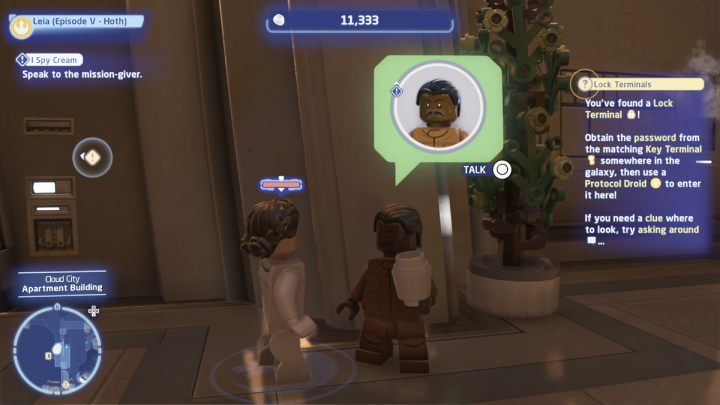 Talk to the questgiver by one of Cloud City's apartment buildings. Willrow Hood will ask you to protect him from stormtroopers as he wanders the city streets. 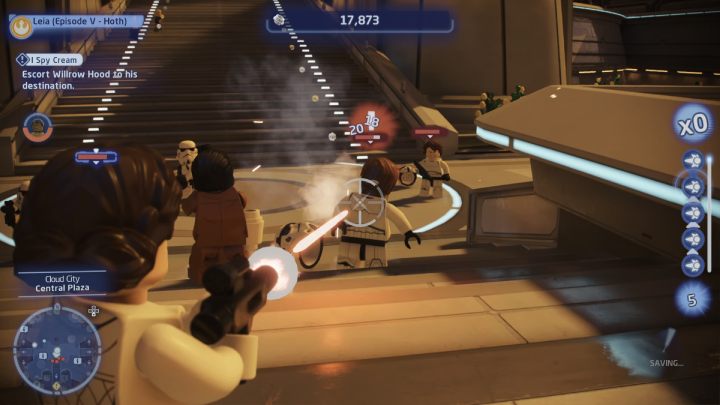 Follow him, defeating all enemies encountered on the way. Prioritize the foes equipped with explosives, as they can deal serious AoE damage.

Once you arrive at your destination talk to the woman in front of the ice cream stand and then to the questgiver to obtain your reward.