This page of the LEGO Star Wars: The Skywalker Saga guide contains a walkthrough of the Aquamarine Around the Gills side mission. We explain how to find all members of the squad. 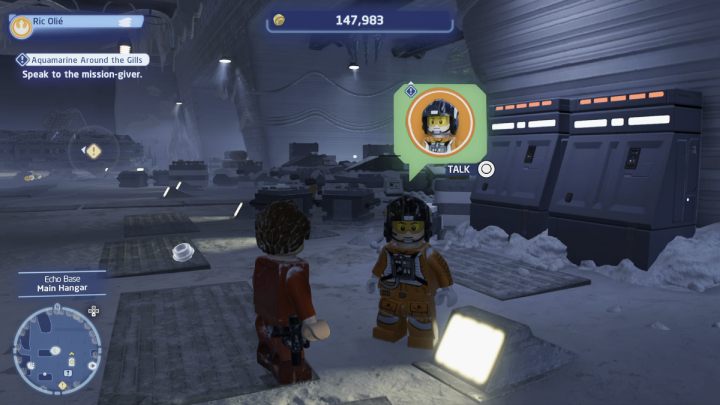 Accept the quest from the questgiver in Echo Base and head to Tatooine, to Mos Eisley, where you must search for three squad members. 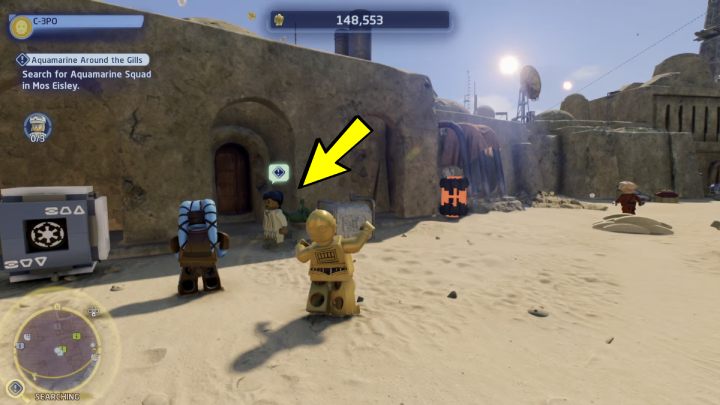 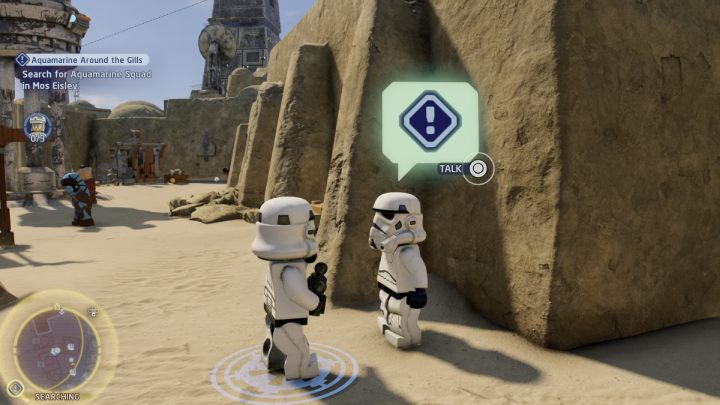 Follow the marker to the search area and talk to the woman in front of a house. Then, go around the house and talk to the Stormtrooper standing there while playing as a Stormtrooper. You'll find this character in the Villains tab. The stormtrooper will tell you where he last saw the squad members.

Rescue each member of Aquamarine Squad 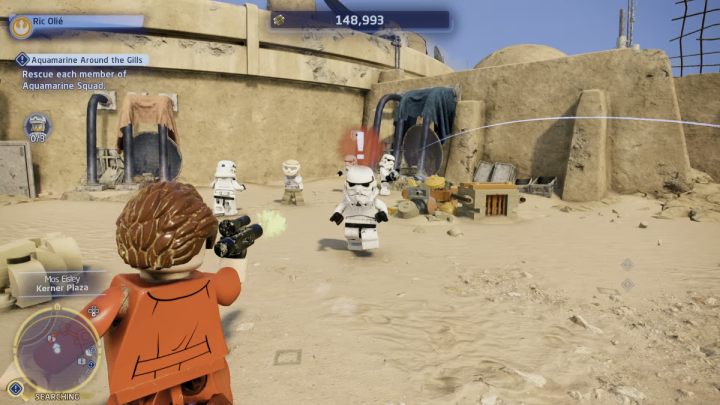 The first member is being interrogated by a few troopers. Defeat all enemies and talk to the rescued rebel. 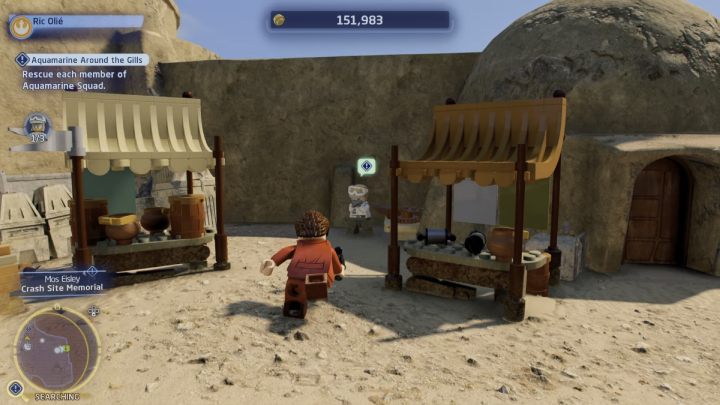 The second member is hidden between two stalls near the crash site. Talk to him and send him back to the questgiver. 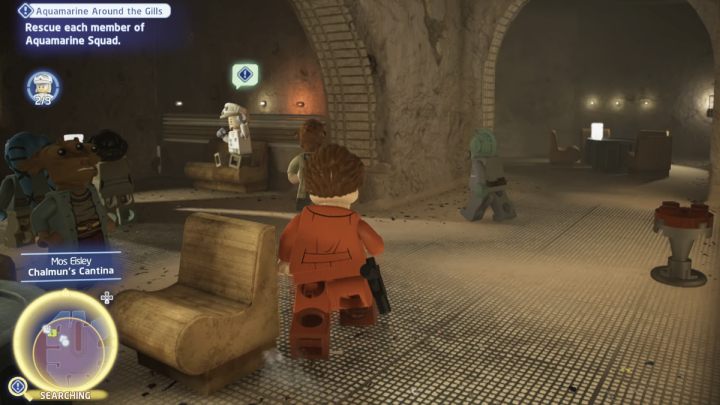 The third member is in the canteen . Talk to him to complete the mission.