This page of the guide to LEGO Star Wars: The Skywalker Saga contains a walkthrough of the Episode IV: A New Home side mission. We explain how to safely escort the questgiver. 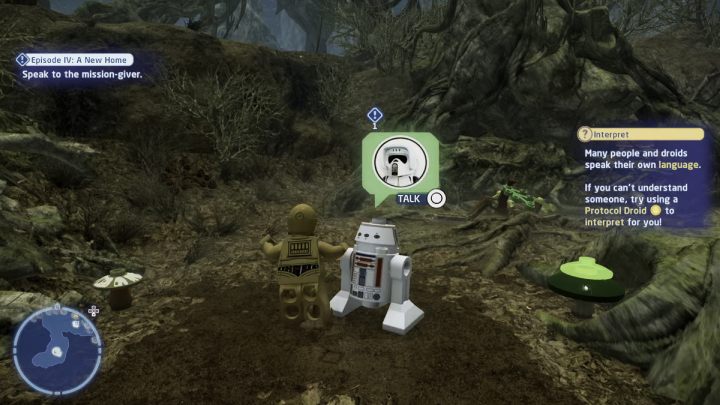 Talk to the questgiver while controlling a protocol droid. The droid will ask you to escort him as he looks for a good place to live in. 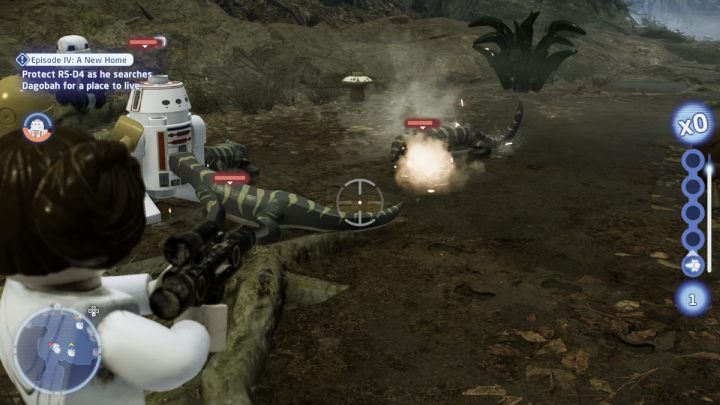 While following the droid switch to a character equipped with a blaster, letting you easily defend it from wild animals. The droid will stop every now and then. Each time he does so you must switch back to a protocol droid and talk to him.

Eventually the droid will find a suitable place, thank you for your help and give you the reward.