This page of our guide to LEGO Star Wars: The Skywalker Saga contains a walkthrough of the Biggs Trouble side mission. We explain when can you unlock Yavin 4 and how to save Biggs from hostile Imperial ships.

Smuggle the supplies to Yavin 4 Space 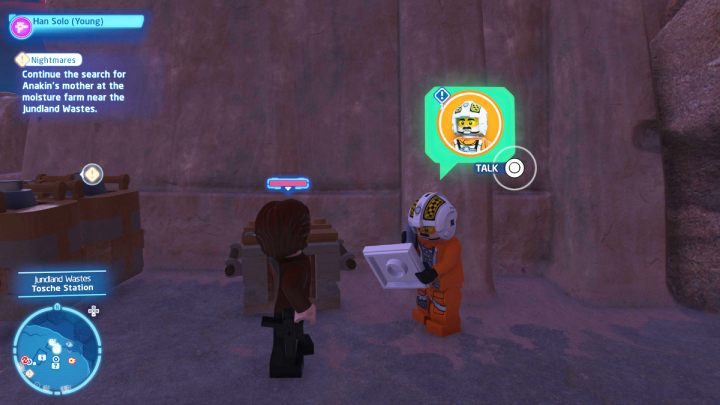 Talk to the questgiver in Jundland Wastes while playing as a Scoundrel. Biggs will ask you to smuggle some supplies near Yavin 4. 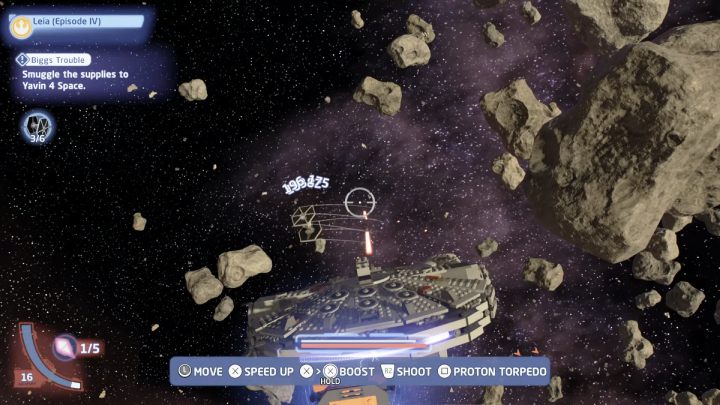 Fast travel to Yavin 4's local space. You'll be interrupted by enemy ships on your way there. After defeating all waves of enemies you'll finally reach your destination.

Report to the Rebel Ship outside Yavin 4 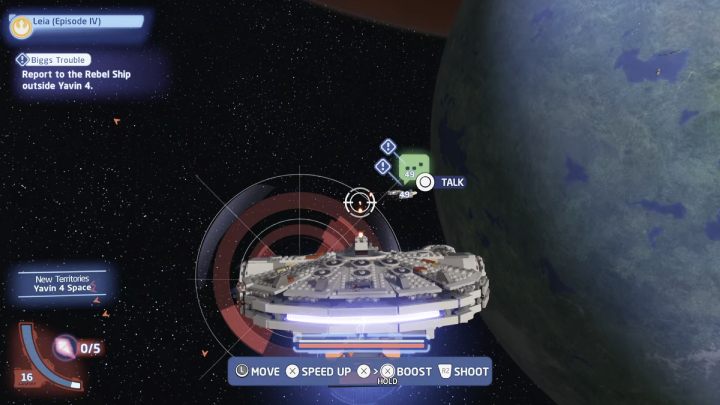 Once you're there, fly towards the rebel ship and talk to the commander.

Rescue Biggs from the Empire attack 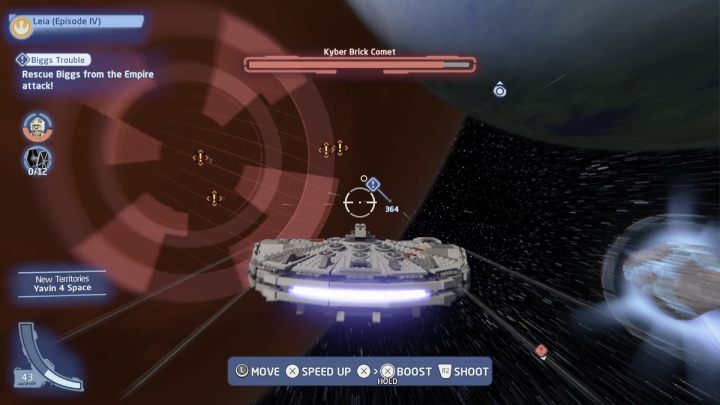 Wrap up the quest by finding a new marker on the map and fly to Biggs' ship. Shoot down twelve enemy ships attacking the questgiver and talk to him to redeem your reward.