This page of the guide to LEGO Star Wars: The Skywalker Saga contains a walkthrough of the A Run for Nunb side mission. Our tips explain when can you unlock the Hoth and Yavin 4 planets.

Smuggle the survivors to Yavin 4 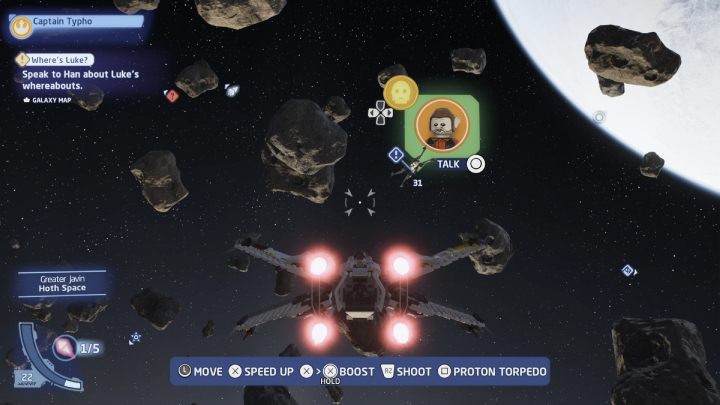 Enter Hoth's local space and talk to the pilot while playing as a protocol droid. After accepting the quest, fly to Yavin 4's local space. 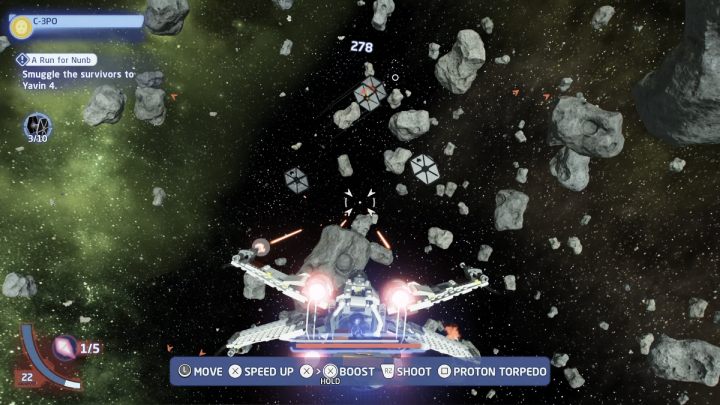 You'll be attacked by Imperial ships on the way. Defeat all the enemies and travel to Yavin 4 again. 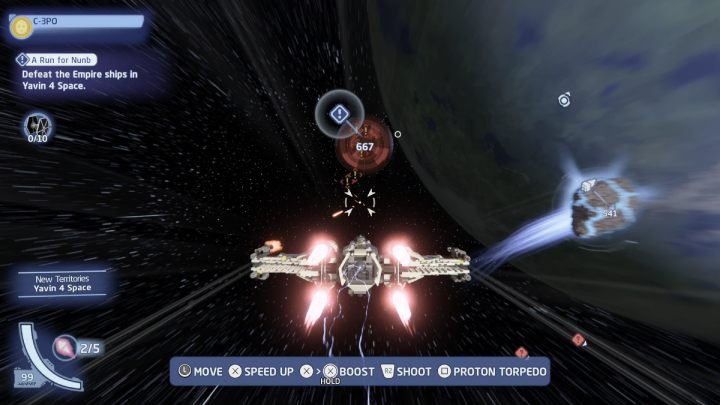 Once you finally reach Yavin 4's local space, approach the questgiver's ship and shoot down all Imperial ships. Finally, talk to Nien Nunb and collect your reward.