This page of our guide to LEGO Skywalker Saga contains a walkthrough of the final boss fight in Episode 6 (Return of the Jedi). You'll face Darth Vader and Emperor Palpatine, both during the Fulfill Your Destiny mission. Our walkthrough describes the bosses' movesets and explains how to fight them.

Your first opponent in Episode VI's finale will be Darth Vader. 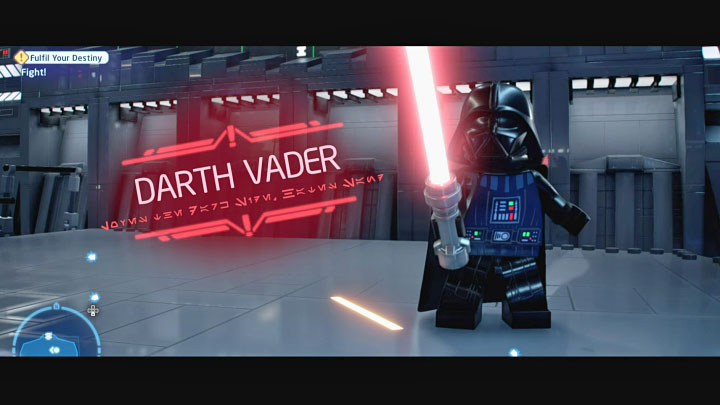 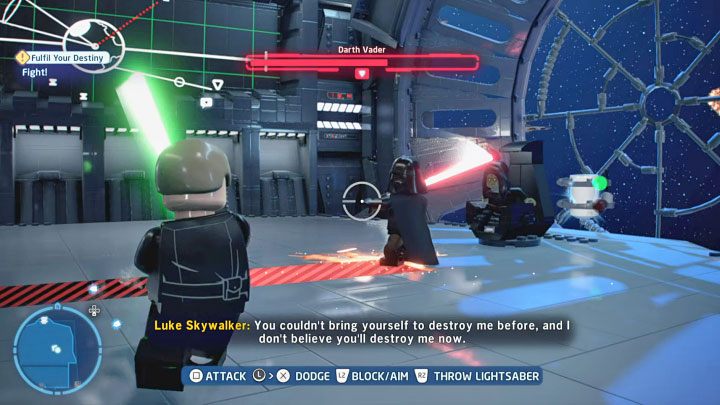 At the start of the battle you must overpower Vader by quickly mashing the displayed button.

During the fight proper watch out for the red lines and circles which indicate where Vader will strike. Dodging will let you get to safety. 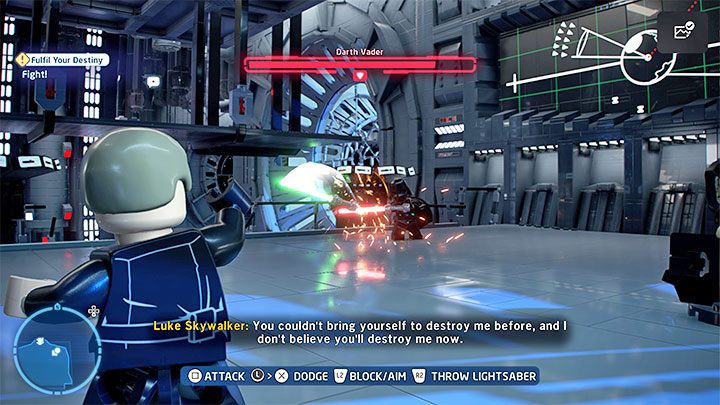 The boss is vulnerable to lightsaber throws, which let you hit him from a safe distance. You can also grab nearby objects and throw them at Vader. 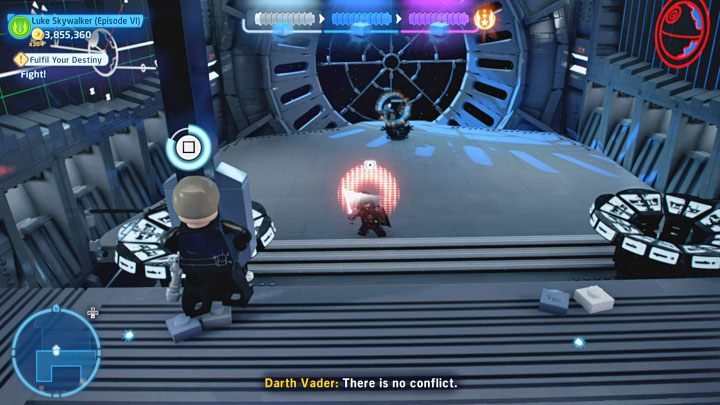 Depleting his first health bar will move the fight to an upper platform. You must complete 2 QTEs here. Failing them causes you to take minor damage. 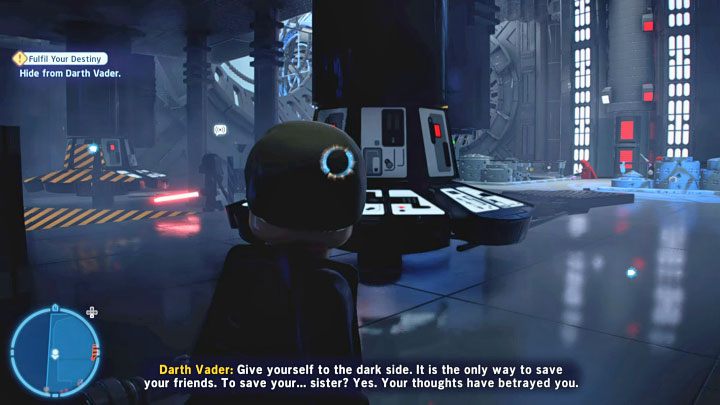 After the QTEs you'll find yourself in a dark area you must leave without letting Vader see you - stay far away from his visibility cone.

You'll trigger the second phase of the duel. It's exactly the same as the first one, keep avoiding his red attacks and hit him whenever you can. 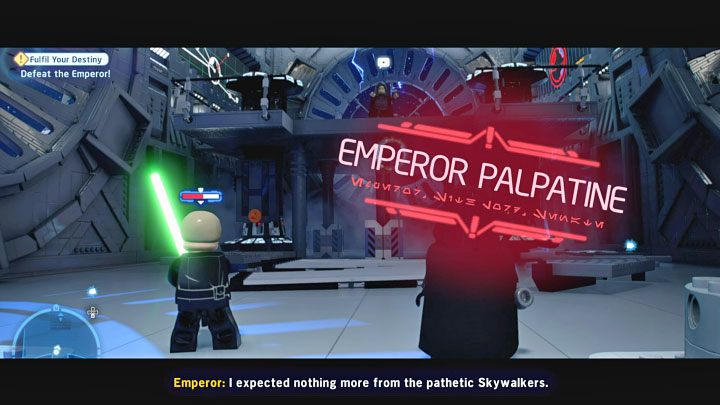 Emperor Palpatine is the second boss encountered during Episode VI's finale. Vader and Luke face him together. 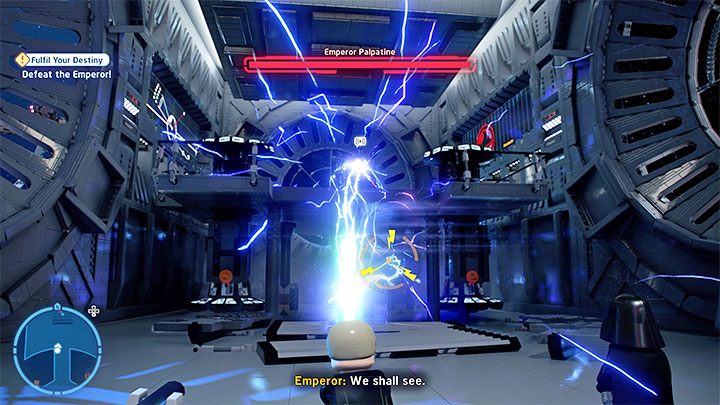 Start the battle by deflecting his Force Lightning. You should already know how to do this - aim the crosshair at Palpatine to redirect his lightning onto him. 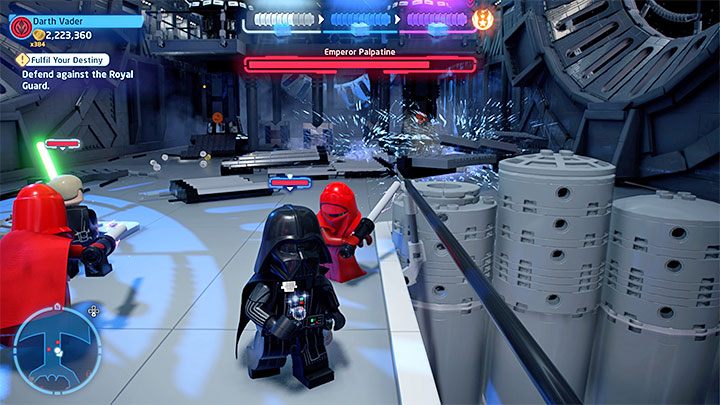 The Emperor will be calling in reinforcements during the fight. Deal with them each time he does so. Watch out for the red circles while fighting the guards. They indicate where Palpatine's lightning or the guards's strong attacks will strike. Dodge out of the way each time you find yourself inside a circle. 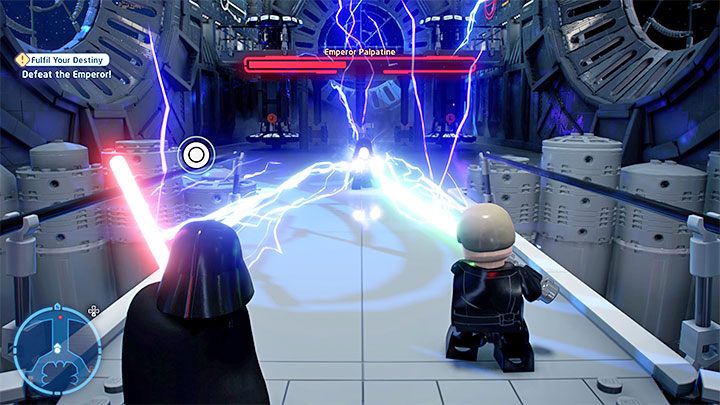 At the end of the battle you'll have to overpower the Emperor. Deflect the lightning (move the crosshair onto the boss) while rhytmically pressing the buttons displayed on the screen to move closer to Palpatine. Eventually, Vader and Luke will reach the Emperor and defeat him, completing Episode 6.