On this page of the LEGO Skywalker Saga game guide, you will find the second part of the walkthrough for Episode 5 (The Empire Strikes Back), namely the Assault on Echo Base level, along with preparations for the battle. From our walkthrough, you will learn how to repair Luke's ship, destroy AT-ST walkers, and sabotage and eliminate AT-AT machines. 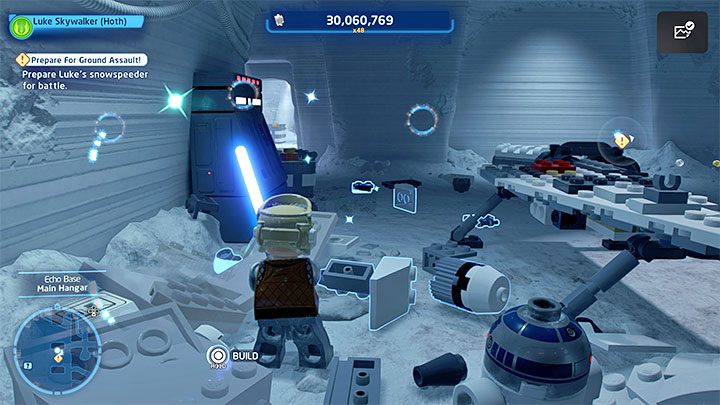 After you find Luke in the first story mission, you will resume the adventure at the Echo Base. Head towards Luke's Snowspeeder. You have to repair it.

Start by destroying the objects near the nonfunctional Snowspeeder. Use them to build a wing turret. 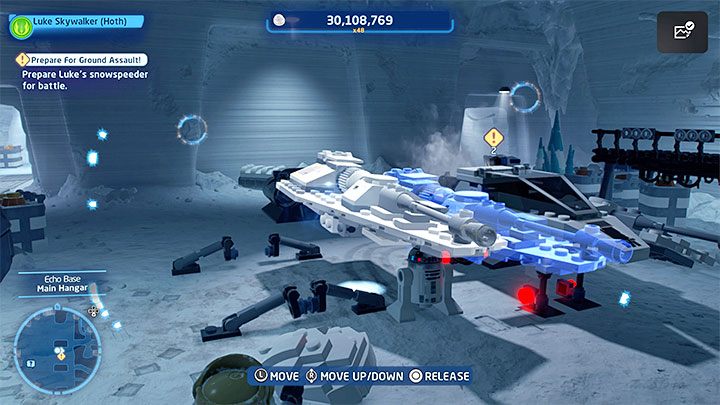 The second step is to use the Force to move the wing and attach it to the right side of the machine. 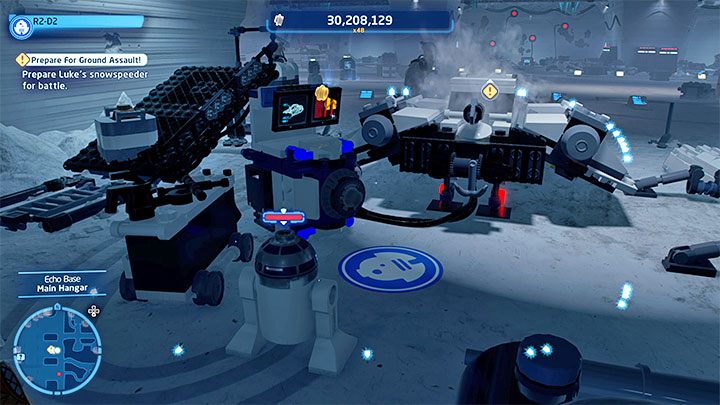 The last step is to do behind the speeder. You have to switch to R2-D2 and interact with the blue terminal shown in the picture. Solve a ring rotating mini-game you already know.

You can now enter the blue circle and confirm that you want to join the Assault on Echo base mission.

Assault on Echo Base - challenges 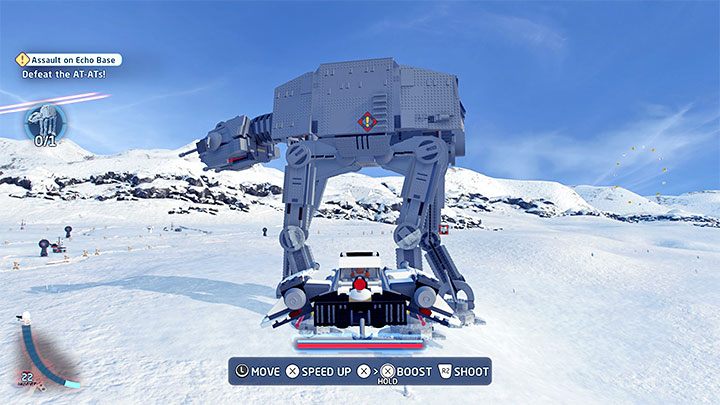 Assault on Echo Base - walkthrough 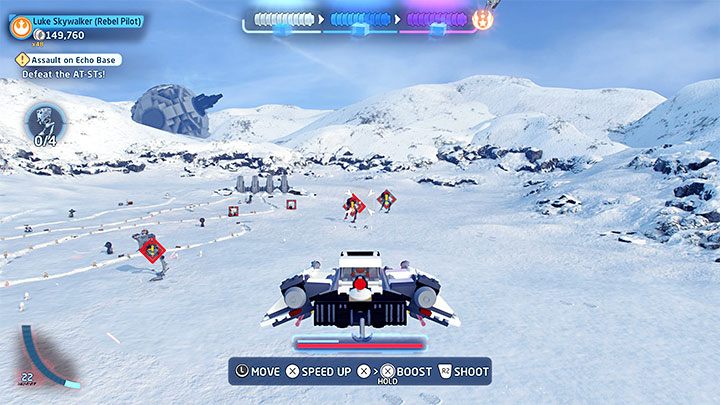 This mission consists of two main parts. In the first one, your task will be to eliminate AT-ST machines - first four and then another six.

The received task is easy to complete. Start firing from a long distance to weaken the target machine as soon as possible. Also, change the direction of flight before approaching it to avoid collision and death. 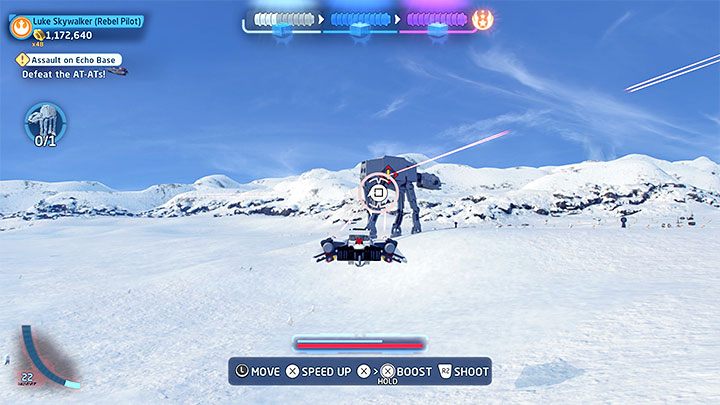 In the second part of the mission, your task will be to trip up the AT-ATs - first one and then three more.

AT-AT can't be destroyed in the standard way, i.e. by firing at them using the ship's blasters. Instead, you will have to tie the AT-ATs with the tow cable. Always start with flying straight towards AT-AT. You have to wait for the enemy machine to be targeted and then press the interaction button. 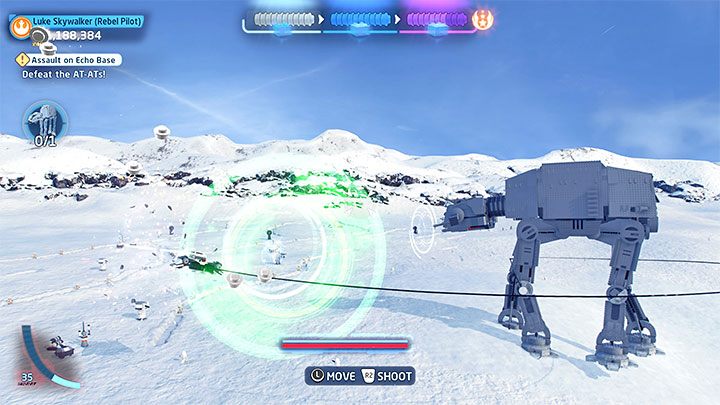 A tow cable will fire and attach to the AT-AT armor. Now it's time for the main attack - you have to fly around AT-AT. During this process, try to fly through the circles to avoid breaking the cable. Turn right regularly but try not to overdo it to prevent colliding with the combat walker by accident. 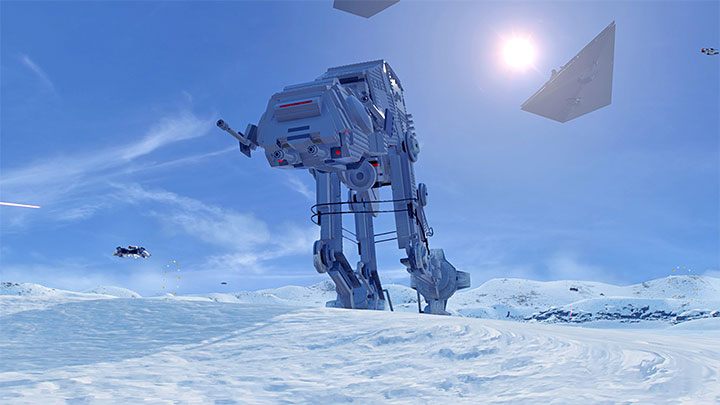 Flying around the AT-AT several times will tie the machine, and it will trip to the ground. Use the same tactic for all the next AT-ATs. Eliminating them will end the entire (short) mission.