This page of the LEGO Star Wars: The Skywalker Saga guide contains a walkthrough of the Bantha Banter, Splat a Womp Rat, Tunnel Vision and Let's Bounce trials on planet Tatooine. We explain the rules of Booma Ball in Mos Espa and the race in Jundland Wastes. 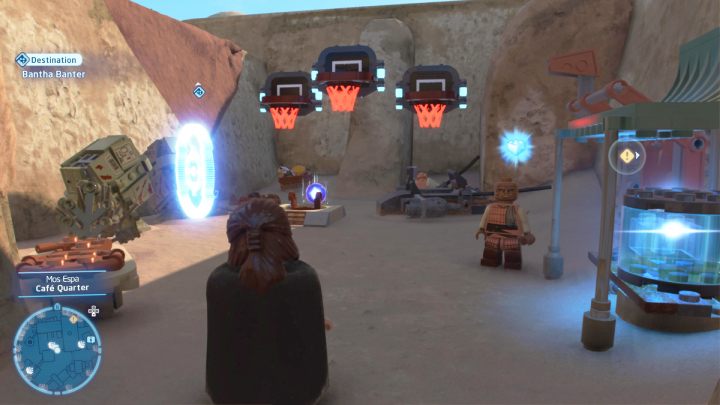 To start the game of Booma Ball, you need to enter the blue marker next to the baskets in Cafe Quarter in the north-eastern part of Mos Espa. After accepting the trial, you will have 60 seconds to earn as many points as possible. The trial will be completed if you win the gold medal. 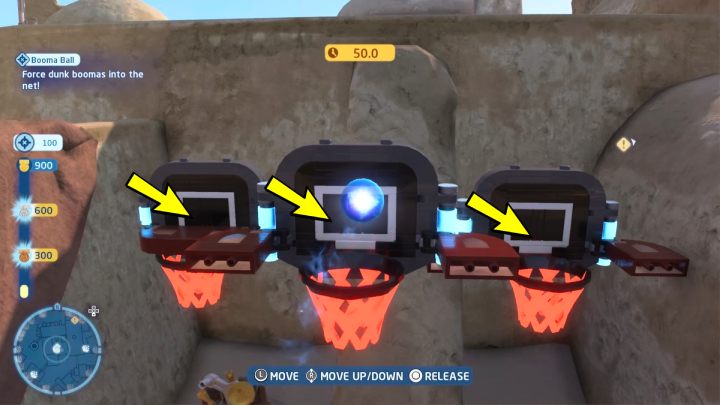 Use the Jedi Force to pick up the ball and throw it into one of the floating baskets. The throw will count if the ball touches the hoop from above. Note that from time to time, some baskets are blocked by brown bricks. Try to aim at the hoop above the open baskets.

Depending on the points you have earned, you can get: 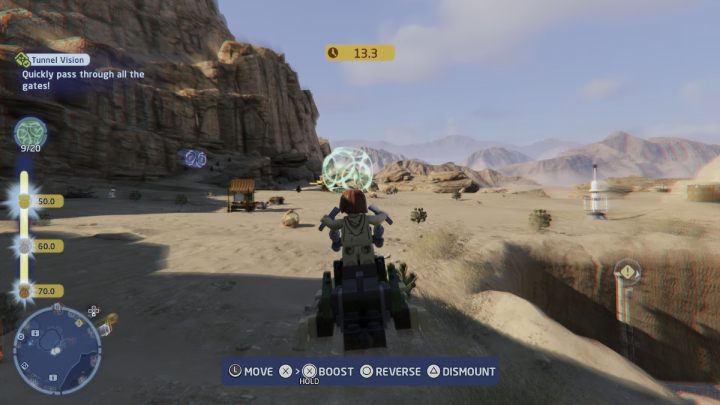 The trial consists of pass all 20 gates in the shortest time possible. The race takes place in the cave tunnel and in the desert area, so keep an eye on the terrain and spot the upcoming gates.

The rewards are listed below: 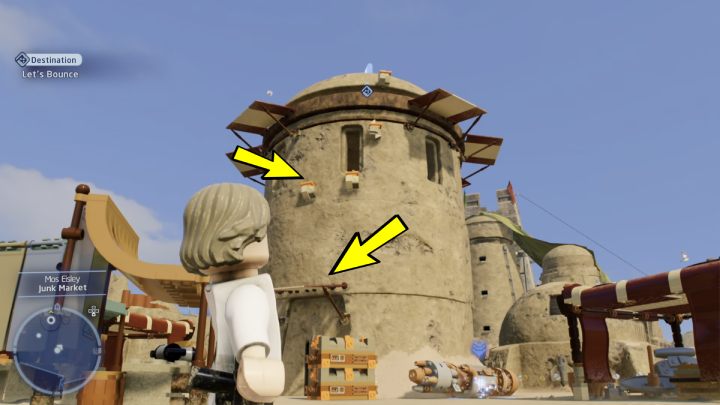 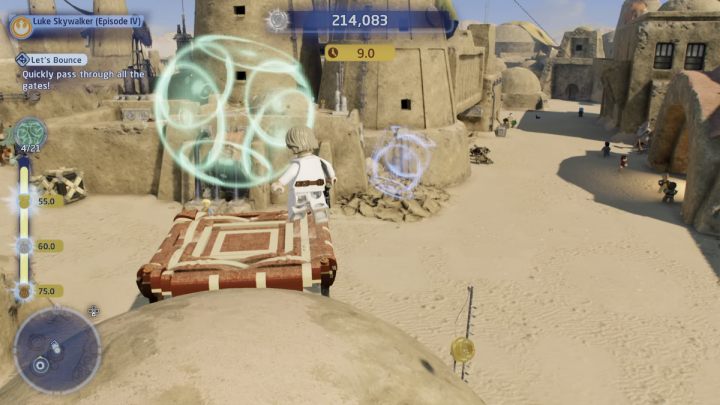 Use the trampolines and handles to get to the starting point. The trial requires you to pass all 21 gates in the shortest time possible. You can cross the gates one by one by jumping on the trampolines or even surrounding objects and roofs.

Depending on how well you do, you will obtain the following rewards: 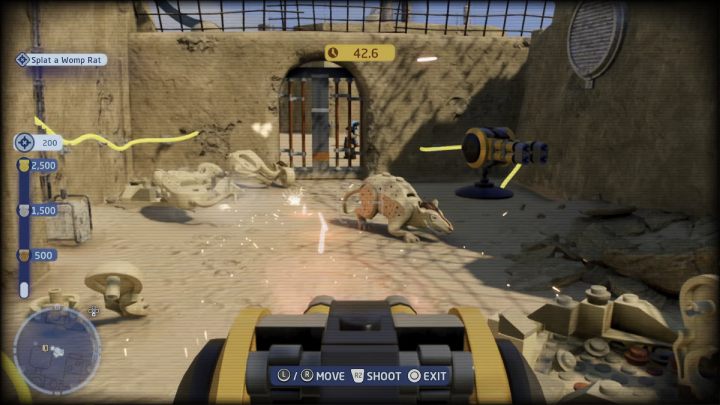 The trial is to score as many points as possible by shooting down the rats. As the protocol droid, use the machine at the gate of the rat cage to use the guns.

Depending on the score, you will get: