On this page of the LEGO Skywalker Saga game guide, you can find the first part of the Episode 3 walkthrough (Revenge of the Sith). This page describes the Out for the Count level. You'll learn how to disable or avoid the laser barriers, where to find Chancellor Palpatine and how to defeat Count Dooku for the second time.

Note - The walkthrough assumes you're playing through episode 3 in Story Mode. It doesn't include secrets or collectibles described on separate pages of the guide. We suggest completing the Story Mode of every episode first before replaying them in Free Play.

Out for the Count - challenges 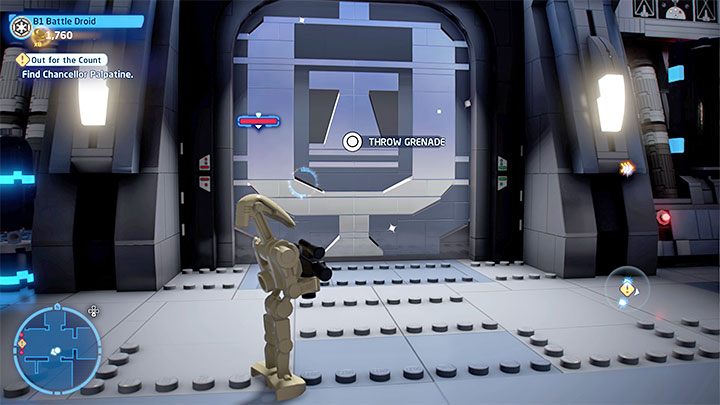 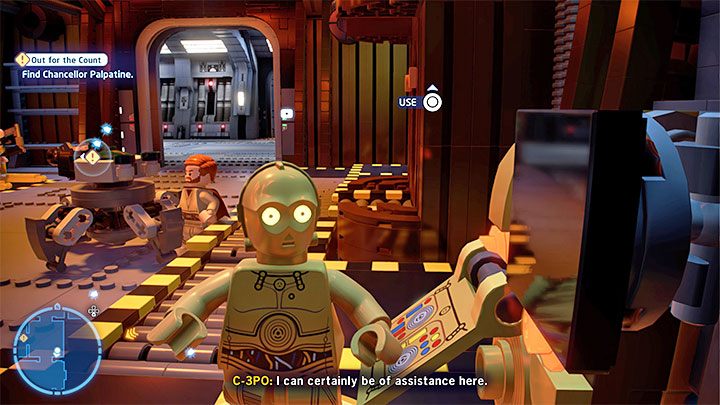 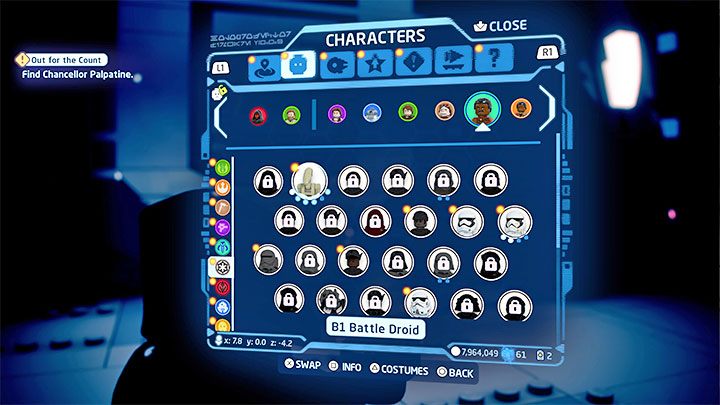 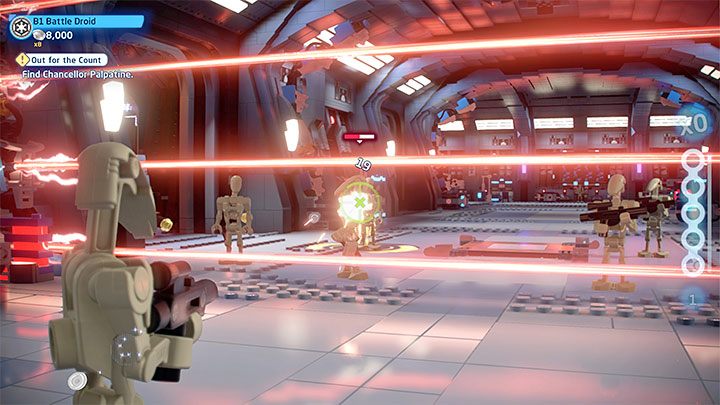 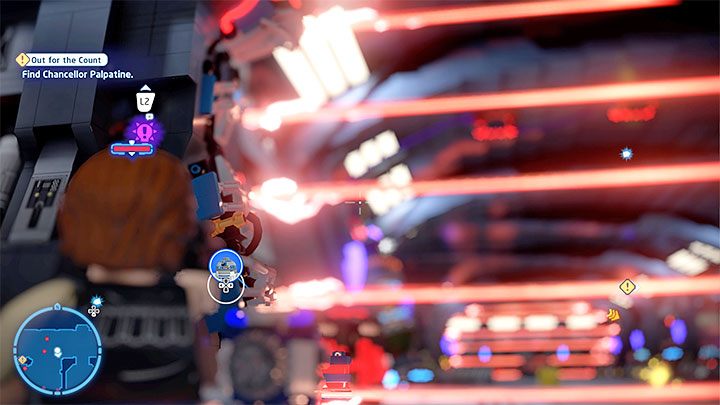 Out for the Count - reaching Chancellor Palpatine 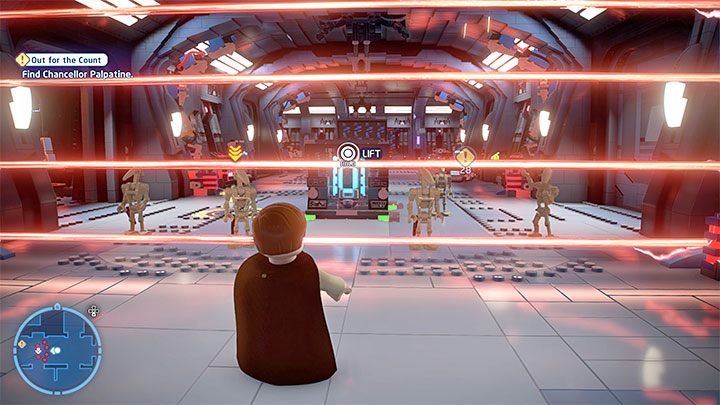 As you try to move forward you should immediately encounter the first laser barrier. It can be easily sabotaged by using the Force and pulling out the energy source out of the device next to the barrier. Deal with the droids afterwards. 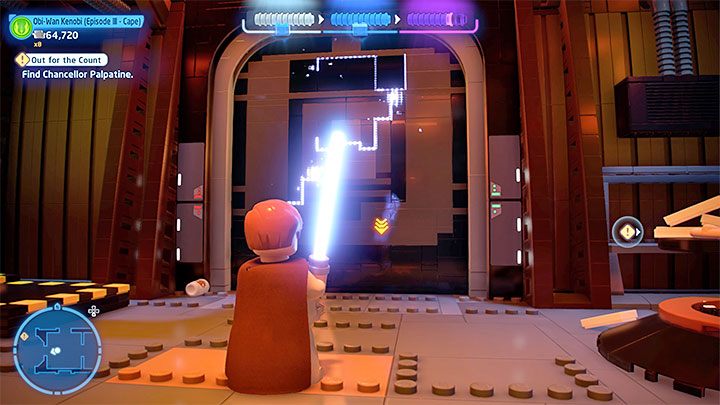 You'll have to go through the side rooms to progress, as the main corridors will be blocked off. In the area pictured above you must pierce the wall with your lightsaber and cut out a hole to break it down. 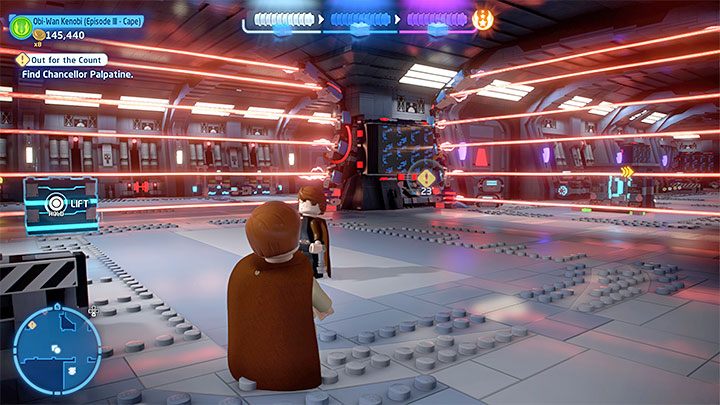 Go forward. After reaching the pictured area you must choose a path. You have two main options:

Both paths eventually converge, but taking the left path makes obtaining one of the minikits easier. 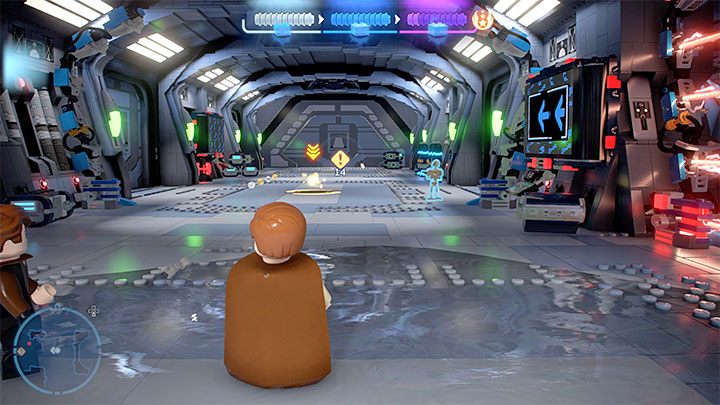 In the next corridor you'll encounter some forcefield-covered droids. Reflect their projectiles and destroy their shields to dispose of them.

To complete the stage you must go down the left corridor. It leads to the room where Palpatine is being held. Count Dooku will reappear here, triggering another boss fight with him.

Out for the Count - Count Dooku boss fight 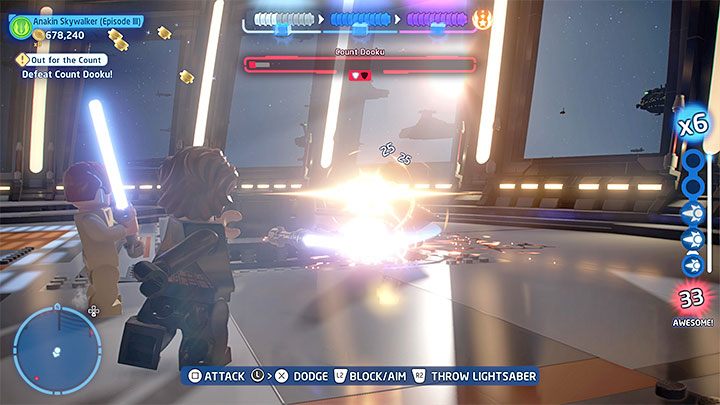 The duel against Count Dooku is similar to the previous fight against him at the end of Episode 3. Your main form of offensive should be lightsaber throws, which are very effective and don't involve much risk. 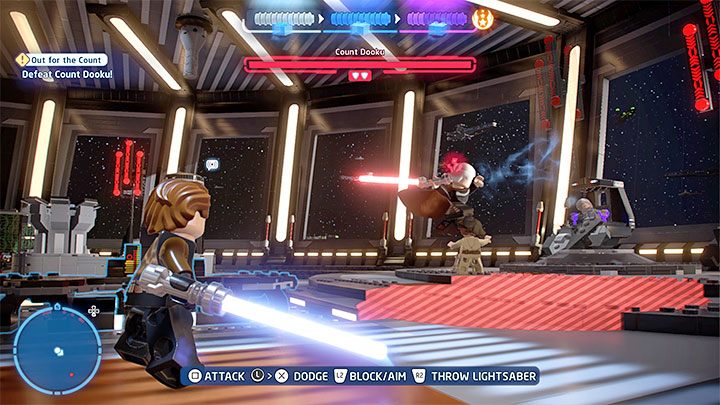 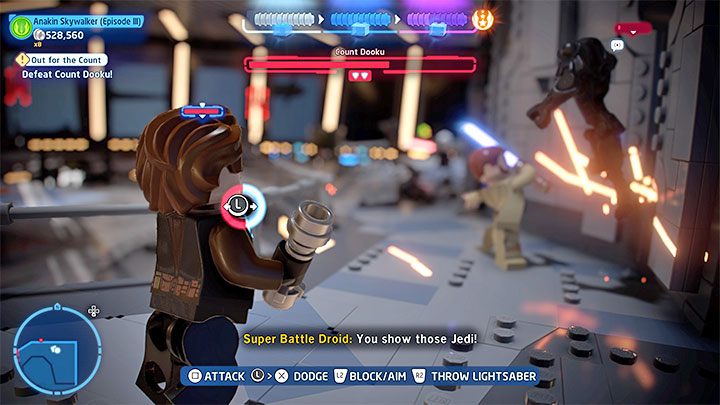 The boss' moveset is nearly unchanged: 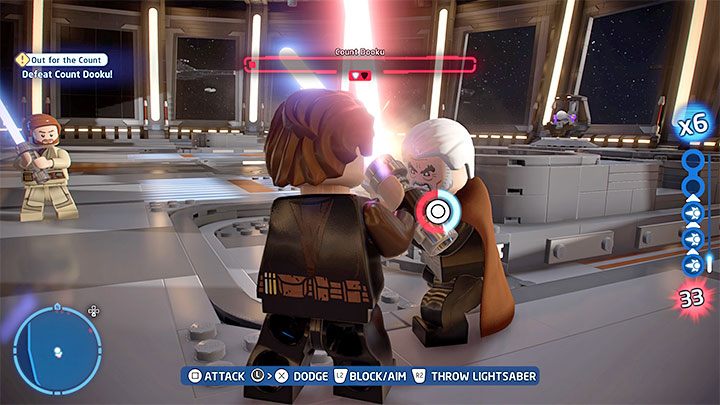 When one of Dooku's health bars gets low you must approach him and enter a blade lock. Rhytmically press the displayed button to overpower him. 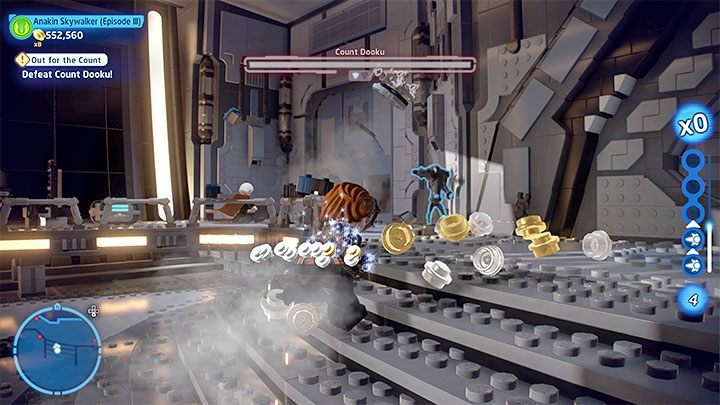 After Dooku loses a health bar he becomes invulnerable so don't try to attack him. You must eliminate the droids sent onto the arena instead. They're easy to beat using the Force (without aiming or by grasping a droid and throwing it at other droids), although your lightsaber should also do the trick.

Deplete all of Dooku's health bars to win the fight.