On this page of the LEGO Skywalker Saga game guide, you can find the first part of the Episode 2 walkthrough (Attack of the Clones). Our walkthrough describes the level of A Wrestle with Wesell. We explain how to behave during the pursuit of the killer and gradually destroy the Zam Wesell ship.

Note - The walkthrough assumes you're playing through episode 2 in Story Mode. It doesn't include secrets or collectibles described on separate pages of the guide. We suggest completing the Story Mode of every episode first before replaying them in Free Play. 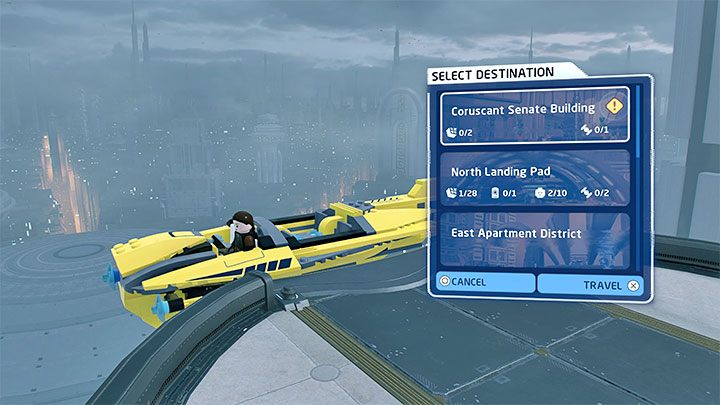 You will begin Episode 2 with two characters - Padme and Captain Typho. You have to get to the senate. Head towards the taxi rank marked by the game. As a reminder, taxi ranks can be used for fast travel within the same planet.

Choose Coruscant Senate Building as your destination. After you get there, go to the main entrance. Inside the building, reach the blue circle. You should know by now that they are used to push the main plot forward. 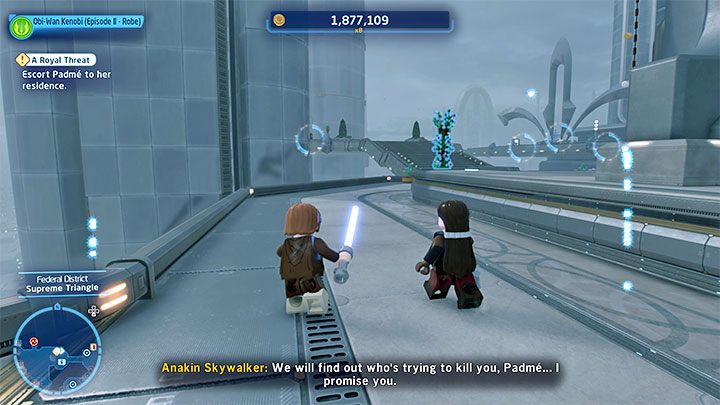 Anakin Skywalker and Obi-Wan Kenobi will become the new playable characters. Your task will be to escort Padme to her apartment. Just follow her and don't worry - you don't have to fight yet.

After entering the apartment, reach the new blue circle to start Wrestle with Wesell level . 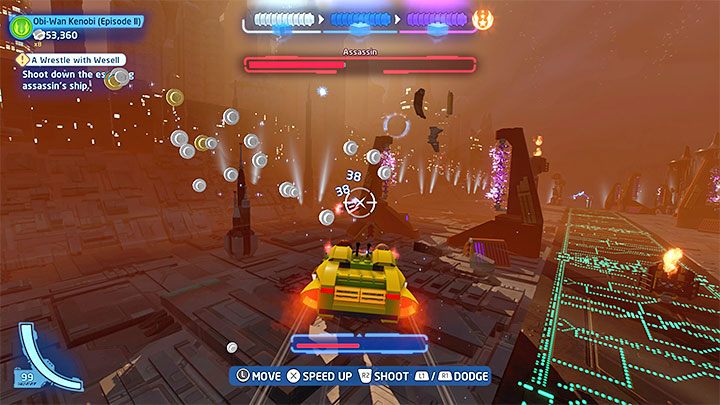 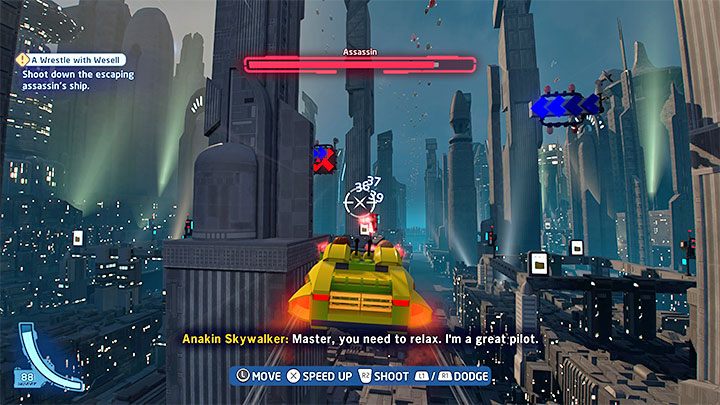 This level in its entirety is a few minutes of a flying vehicles chase in which your main objective is to destroy the assassin's spaceship which is piloted by Zam Wesell.

During the chase, try to use the turret as much as possible in order to gradually weaken the escaping ship. If necessary, you can avoid damage of your ship by performing side dodges (try pressing L1 / LB and R1 / RB on gaming controller). 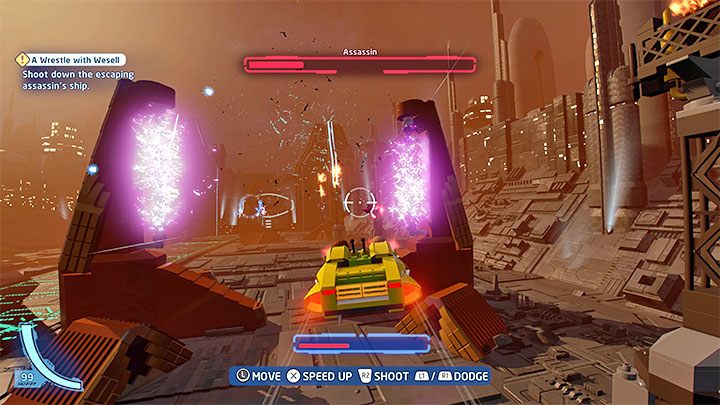 While playing the mission, you will come across obstacles in the form of large discharge gates. You can shoot in them from a greater distance or fly over them in order to avoid damaging the piloted machine. After you pass each gate, try to quickly locate the Wesell ship again and resume firing.

Depriving the enemy ship of the entire durability bar will initiate a cut-scene that ends this very short stage.