On this page of the LEGO Skywalker Saga game guide, you will find all the secrets and collectibles that make up the minikit available in Episode 5 The Empire Strikes Back. Collecting these items unlocks such vehicles as the GR-75 Medium Transport, Imperial Star Destroyer, Imperial TIE Bomber, Boba Fett's Ship, and Rebel X-wing. 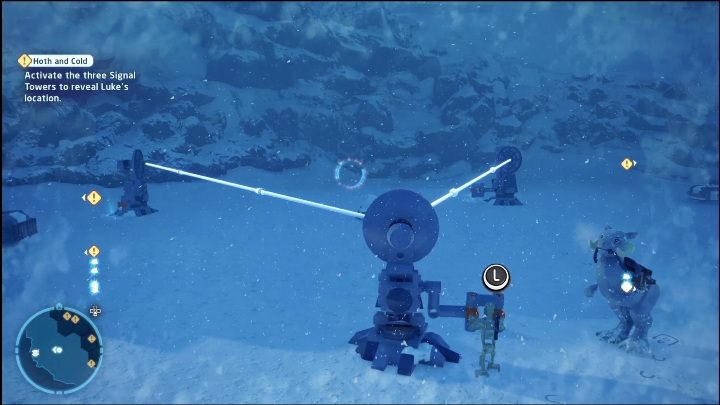 The first collectible can be found right at the start of the level. All you have to do is align the satellites so that the projectile hits the capsule lying in the snow. This will open it and grant you a piece of the minikit. 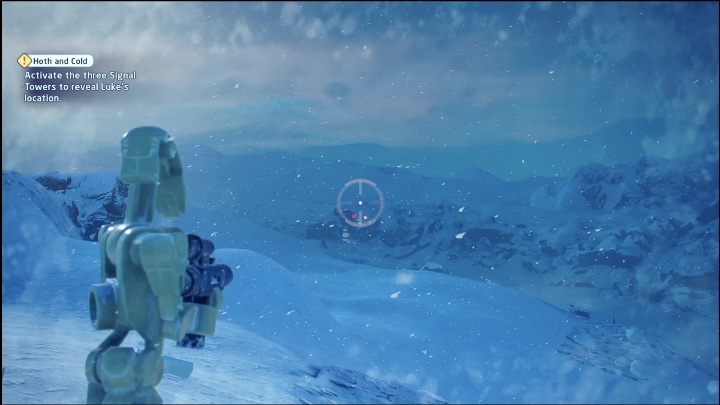 The next part is flying behind the drone. To get the collectible to fall to the ground, you need to shoot it down. 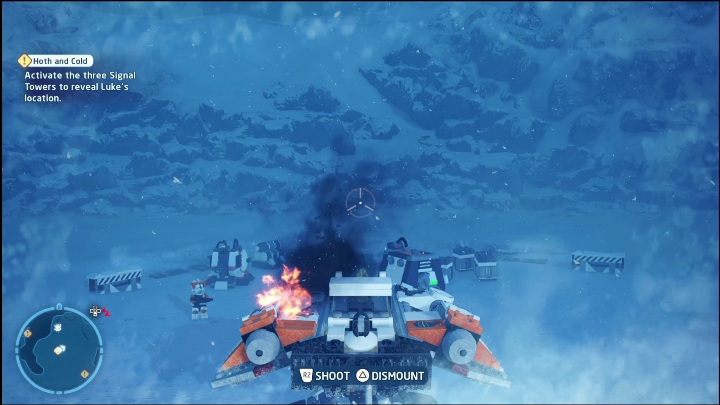 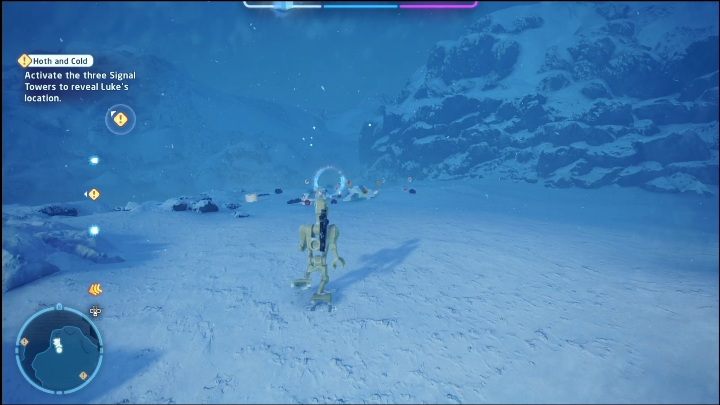 You can reach the next collectible by using a special vehicle. Use it to destroy the ice blocking access to the part. 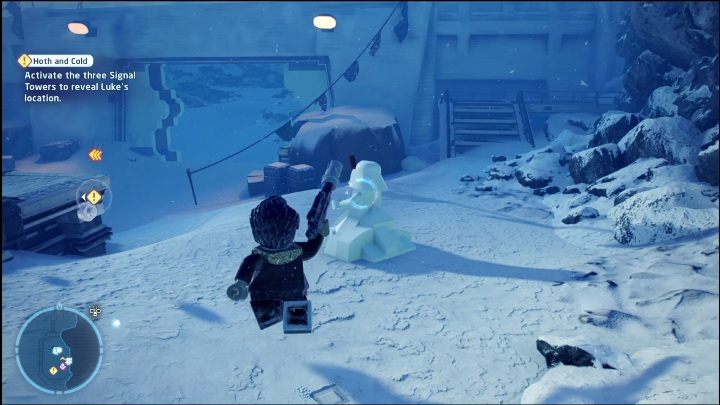 You'll obtain this collectible for destroying all five snowmen on the map. 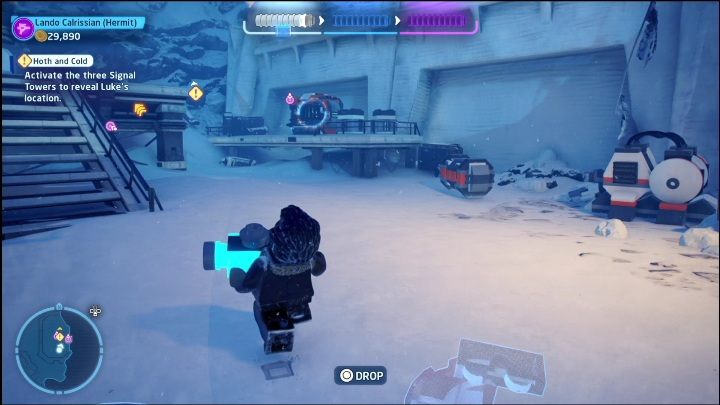 The final part of the minikit is hidden in the chest. To reach it, you have to use the same battery required to progress the main story.

Assault on Echo Base 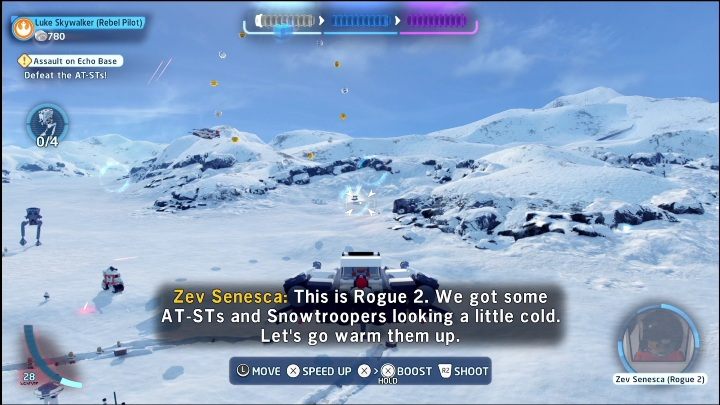 The first part of the minikit is hanging above the snow, at the very beginning of the level. To add it to your inventory, simply fly into it. 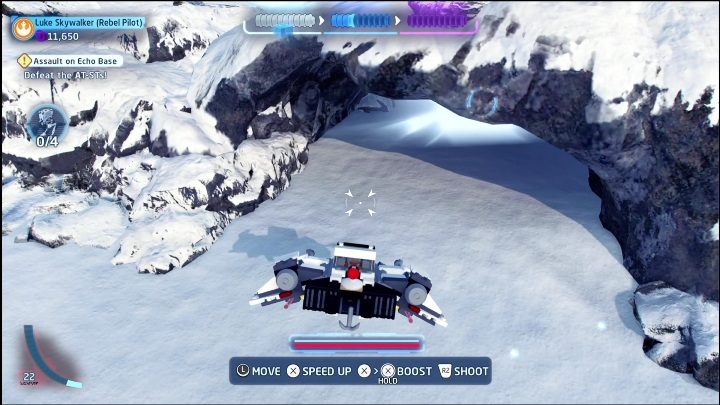 Two more collectibles are hidden under the rock arches. You have to slow down and fly as low as possible. This will let you fly under them safely. 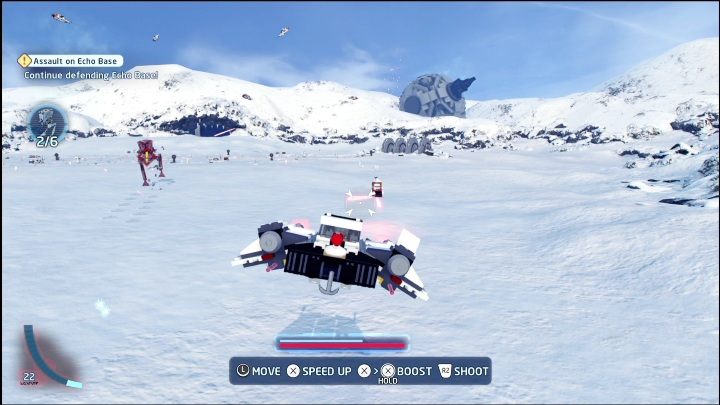 To get the next part, you have to destroy 6 white objects appearing around your opponents. 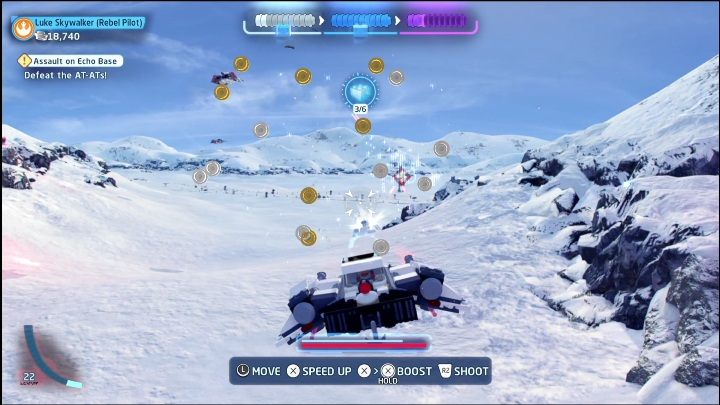 The last element of the set is available in the second part of the location. To reach it, you have to destroy the ice around the collectible and then fly into it.

Never Tell Me the Odds 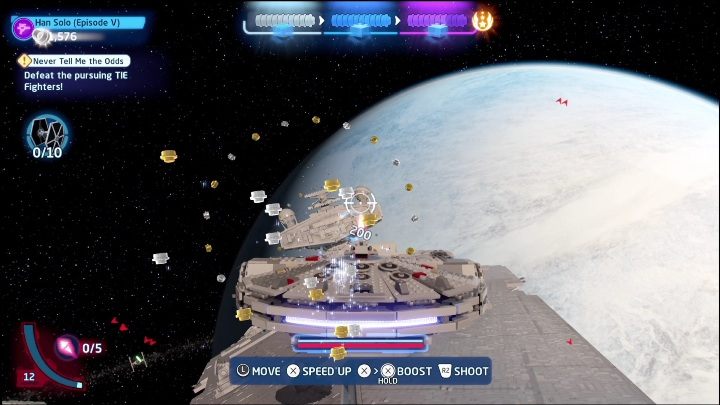 The first part can be found right at the start of the level. To get the collectible at the back of the starship, you need to fly around it. Simply fly into the collectible. 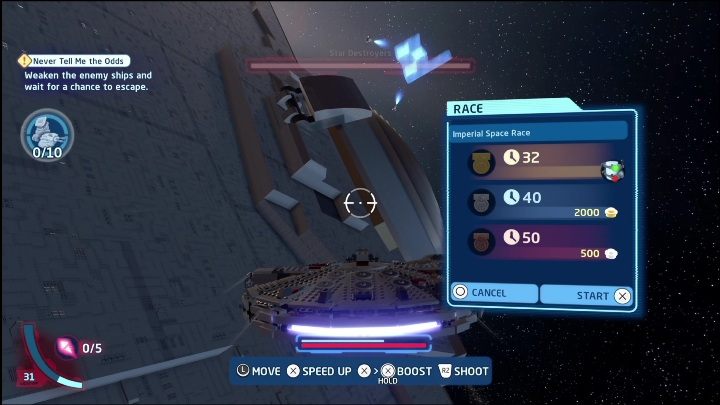 For the next part, you'll need to place first in the race. Complete the track in a maximum of 32 seconds. 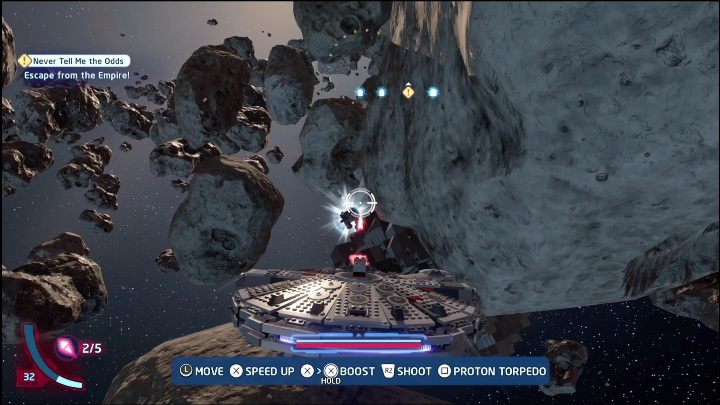 You'll find 2 more minikit parts while flying between the asteroids. Shoot down the 5 elements and fly into one of them. 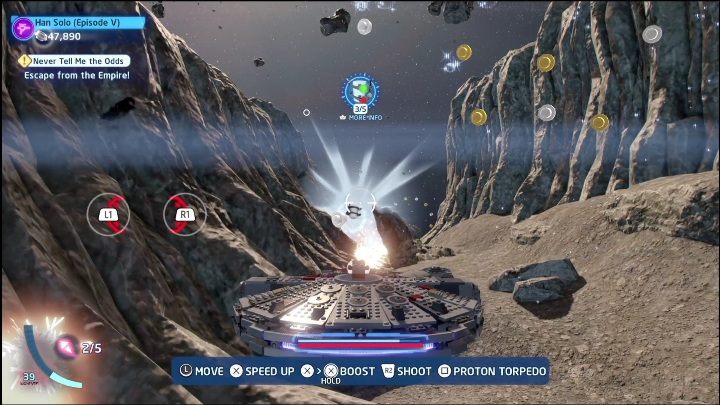 The last collectible is hanging in the tunnel in the last section of this level. You have to fly into it to complete the whole set. 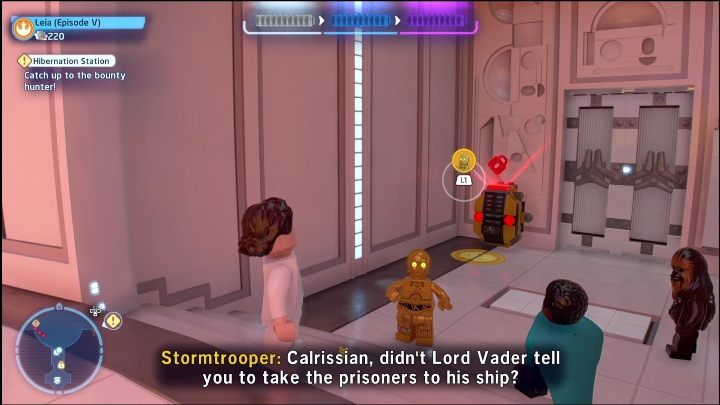 The first collectible can be found right at the start of the location. You'll need a Protocol Droid to get it. You have to collect a code from one point, and then enter it into another. You'll be able to open the passage and access the hidden collectible this way. 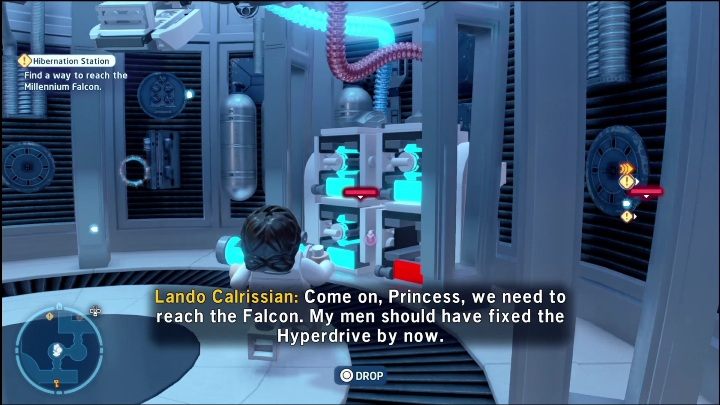 To obtain the next collectible, you'll need a blue battery. Grab it from the corridor and put it in the mechanism along with the other 3 batteries. The collectible will appear on the floor and your character will automatically pick it up. 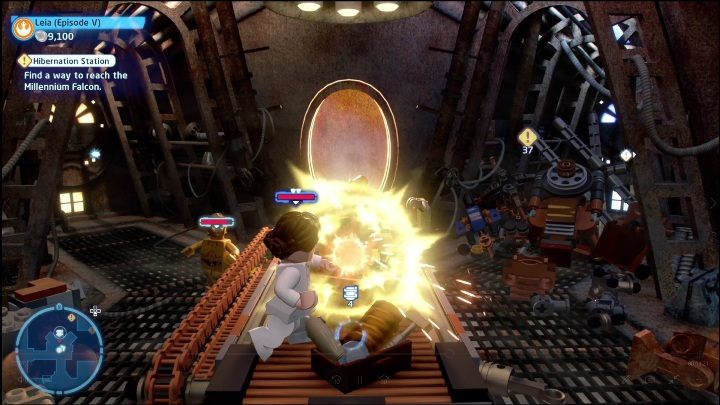 To obtain the next collectible, you'll have to destroy the heap of items lying on the right side of the room. The next stage is to construct a mechanism to move the belt. Once it starts moving, a collectible will appear. 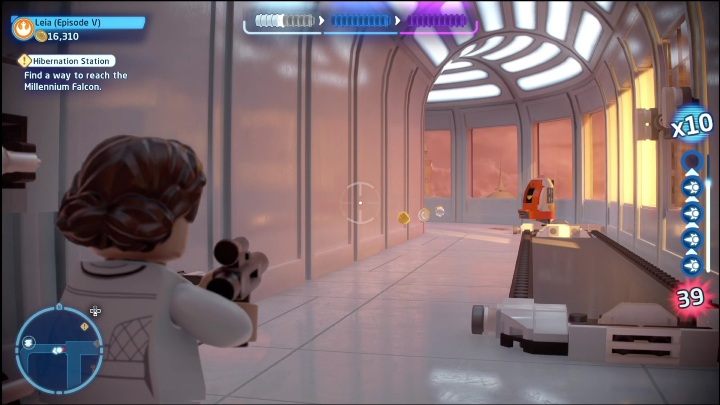 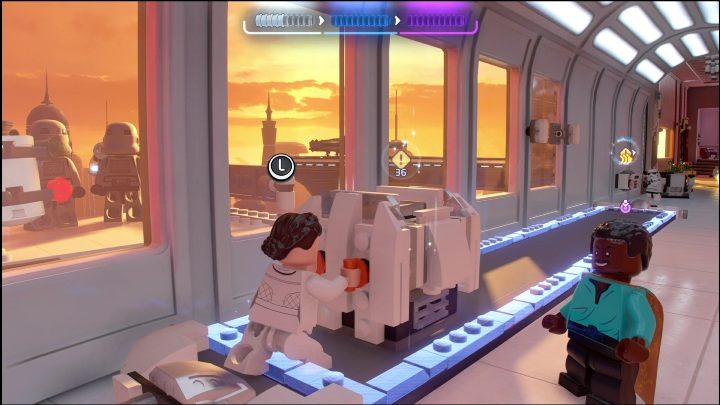 To get the next part of the minikit, you'll need a Hero. They will be able to use the terminal to summon the white object. You have to move it to the end of the belt and connect it to the mechanism on the other side. Following that, the collectible will appear. 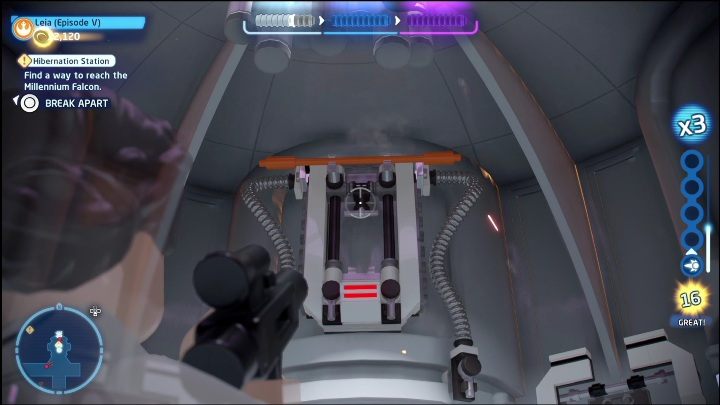 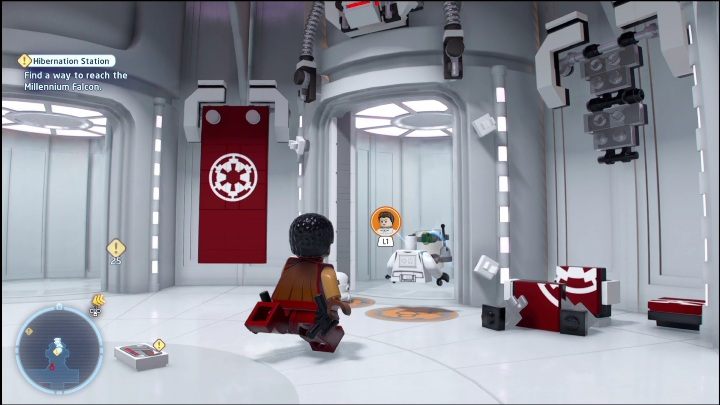 For the last part, you need a Bounty Hunter. They have to jump up to pull the lever. This will open the path to the hidden collectible, allowing you to complete the set. 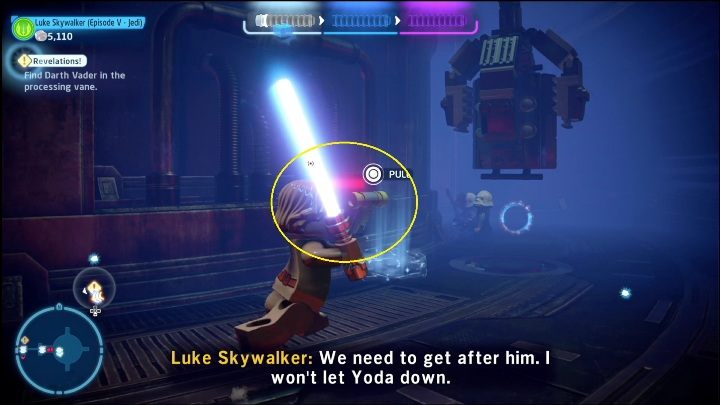 Collectible no. 1 is easy to get. It'll be easy to find after the first stage of the boss fight. You have to let him get away and then pull the lever. This will set the mechanism in motion and reveal a part of the minikit. 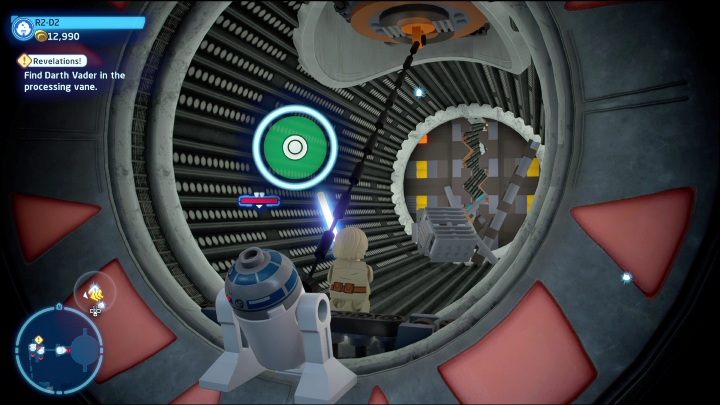 You need an Astromech Droid to get the next collectible. It will pull the element to open the way to the collectible. 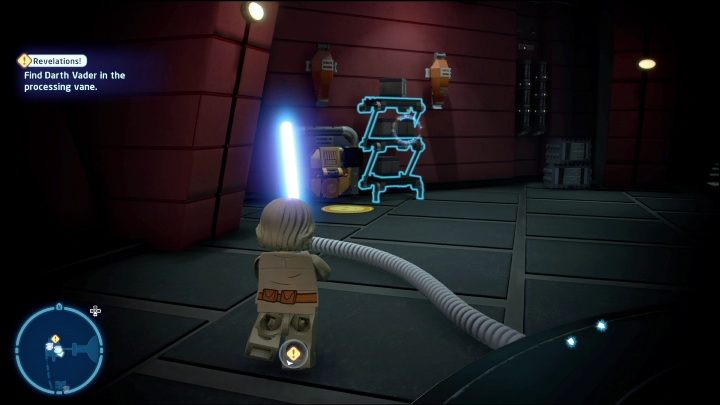 To get to the next part of the minikit, you'll have to use a Protocol Droid. It will allow you to open the object containing the hidden collectible. 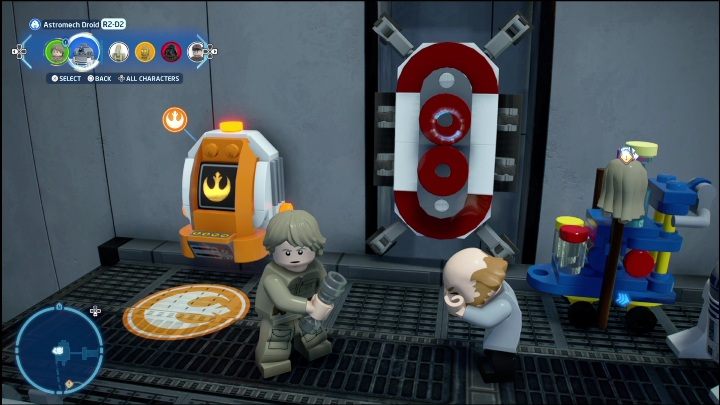 After the second stage of the boss fight, you will head outside. Turn left immediately and you will see a terminal that can only be used by the Hero character class. Use it to secure the next collectible. 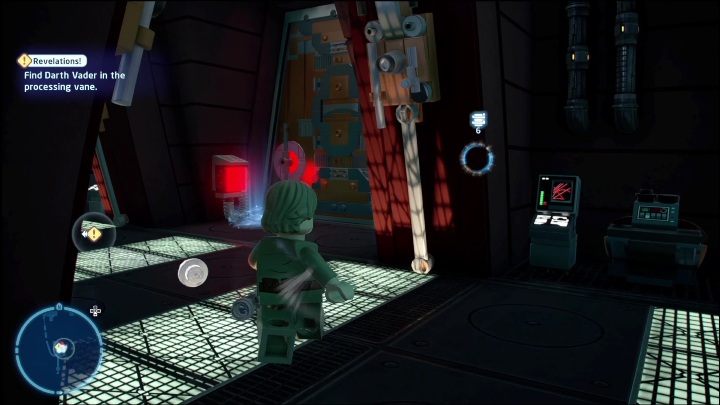 The remaining element of the set can be found in the corridor leading to the final stage of the boss fight. Just hit the button and the door will open. Grab the collectible and enjoy the complete collection.