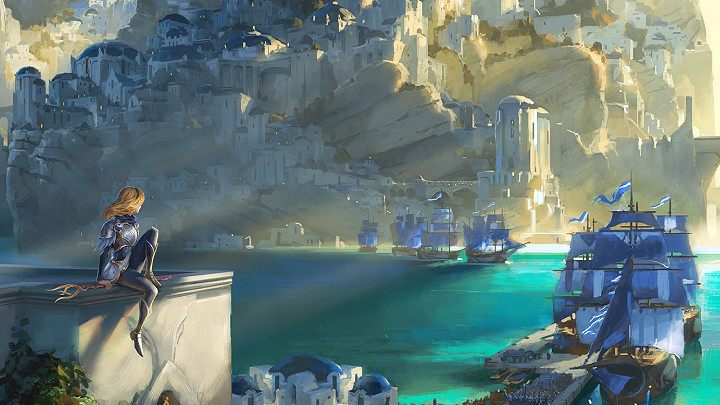 The deck below consists of cards from Demacia and Ionia regions. The deck belongs to the control category, so every move you make must be carefully thought out. Control decks are difficult to master and require a lot of practice. The presented deck has many spell cards, units with the Elusive keyword, and several Champions: Fiora, Shen, and Karma. 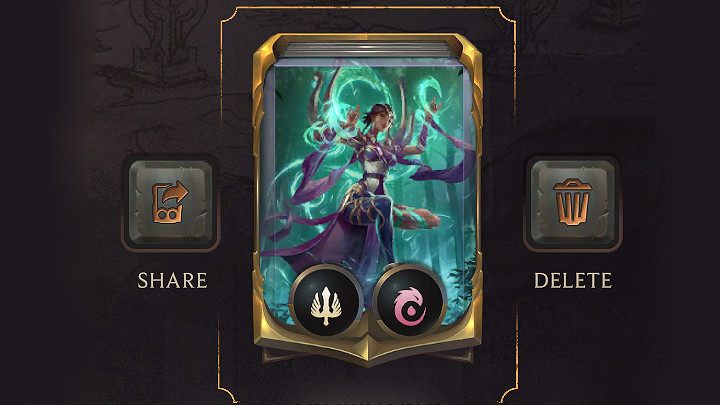 Fiora - how to use this Champion?

Fiora is one of the Champions supporting Demacia. Fiora is an extremely formidable Champion who can finish the entire match in a few rounds without having to attack the opponent's Nexus! Simply use Fiora to eliminate the enemy's 4 minions to finish the game immediately. 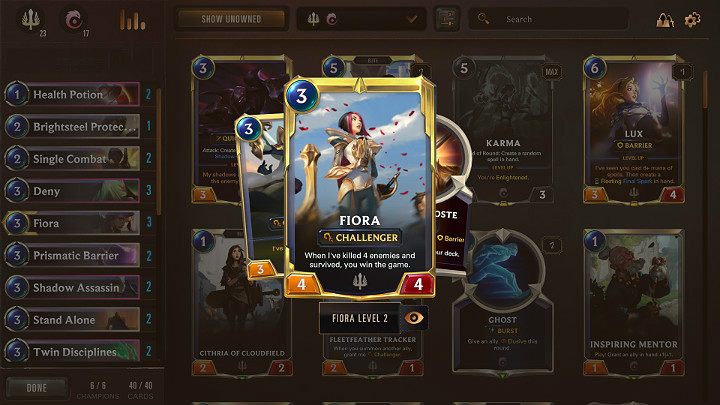 Karma - how to use this Champion?

Karma is one of the champions fighting on the side of the Ionia region. Due to the high mana cost and significant level requirements, this Champion is played at a later stage of the match. Karma has a very useful skill that can grant the player additional spells or activate spells twice in one turn (after gaining a level). 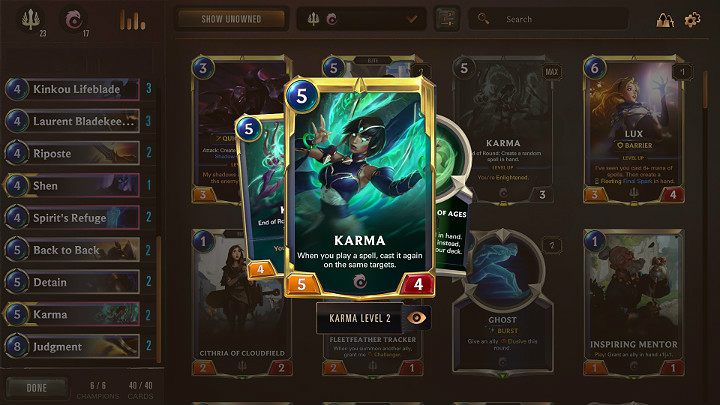 Shen - how to use this Champion?

Shen is one of the Champions fighting on the side of the Ionia region. Shen is a supporting Champion, which is hard to destroy and creates a Barrier for the unit attacking to its right. Shen is an extremely good combination with Fiora and allows her to even more effectively eliminate opponents without the need for supporting spells. 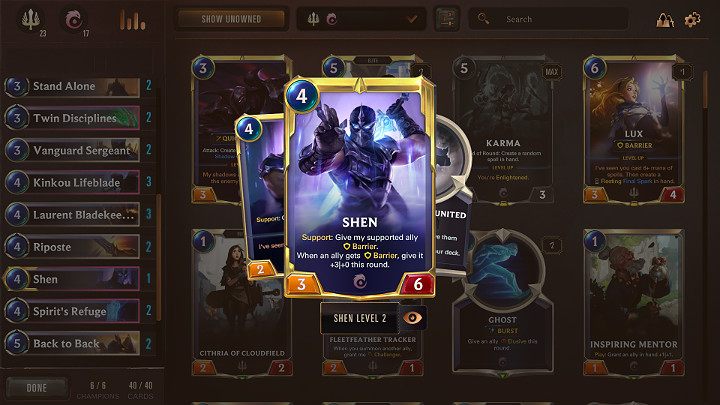 Each match begins with a so-called Mulligan phase where players select their cards. You have to decide which cards to leave in your hand and which can be discarded to redraw new ones. Shuffling always involves some risk, but sometimes you have to take it to get a chance to win. 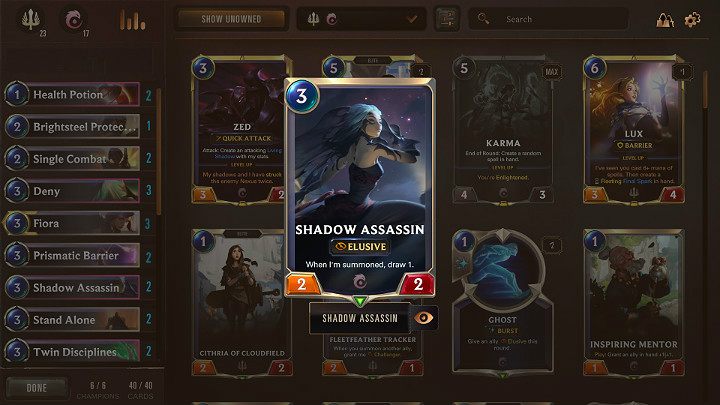 The presented deck falls into the control category, so it does an excellent job in defense. Among the selected cards, you will find a variety of power-up spells that will allow you to make profitable exchanges with enemy units. 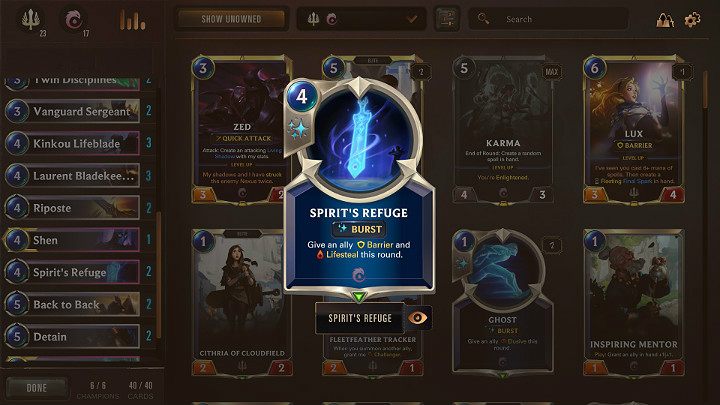 The presented deck is built around Fiora's special ability - this is your main win condition. If you can't find this Champion during the match, your next win condition are units with the Elusive keyword. 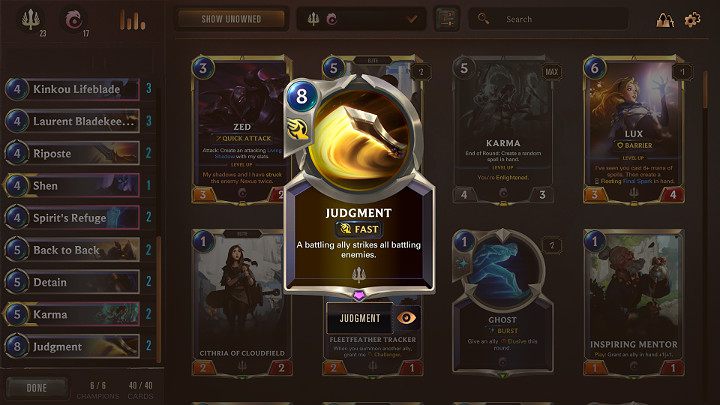