In Legends of Runeterra, the cards have been divided on the basis of their Rarity. To figure out to which group a particular card belongs, just look at the small sign at the bottom of each card. 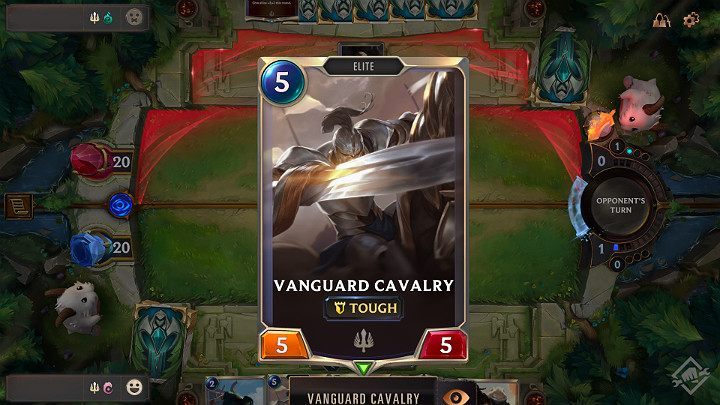 The picture above shows a Common card. This is indicated by a green triangle visible at the bottom of the card - exactly in the middle, between the attack and defense points. Each card has been marked with the appropriate sign and color. 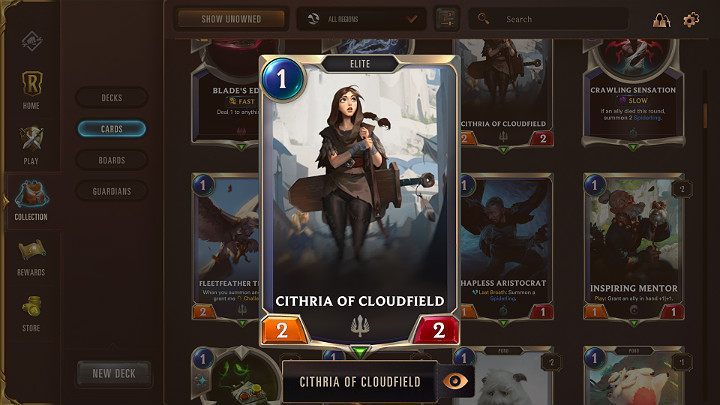 You can identify Common cards by their green triangle. Common cards can usually be found in chests, so you can quickly collect a large amount of them. Due to the frequency of occurrence they will often occur multiple times, which can be a bit annoying. 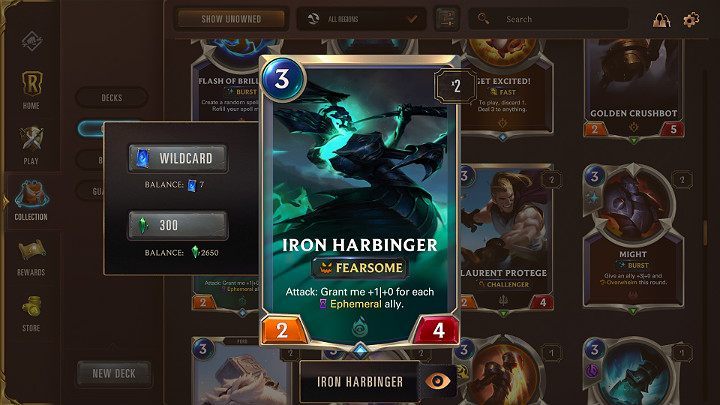 Rare cards can be identified by a blue square. They have a higher value than Common cards and are available in a limited number in chests. As is the case of Common cards, most decks have a large number of Rare Cards. 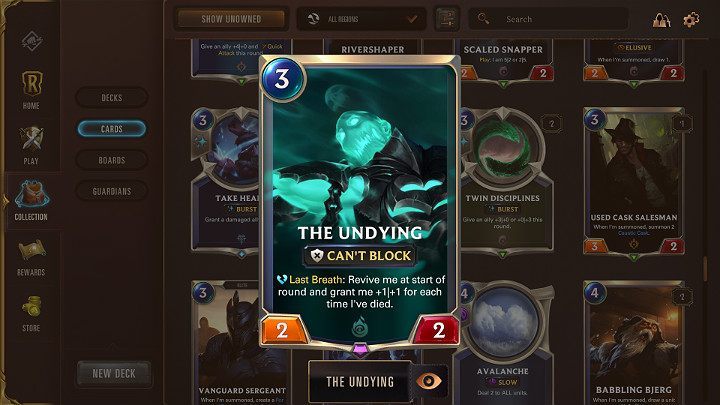 Epic cards have a purple mark and are extremely rare. They have a much greater value and are more powerful than the aforementioned Common and Rare cards. Some of the Epic cards are so dangerous that they can instantly destroy a selected enemy unit and even deal direct damage to an enemy Nexus. 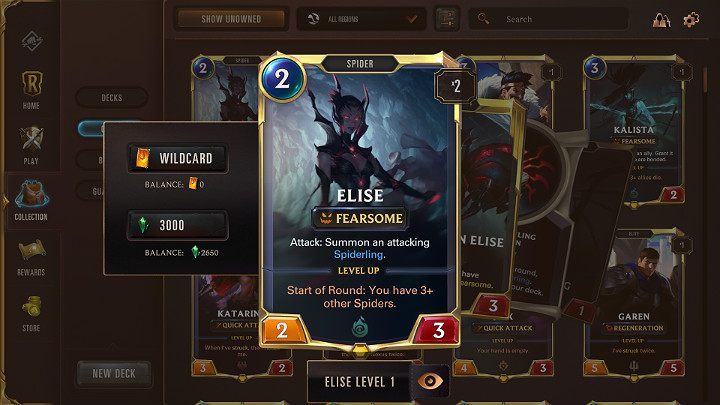 Champions cards are marked with a gold color. They are most valuable both in terms of additional skills and in terms of collectible value. Champion Cards are hard to get and expensive to create, so it may take some time before you can get a decent set of those. 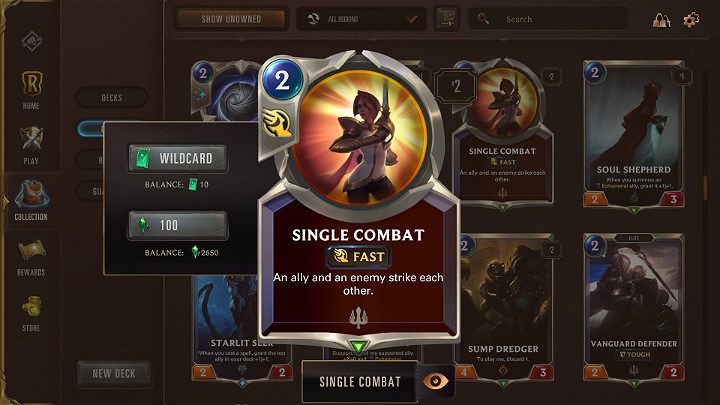 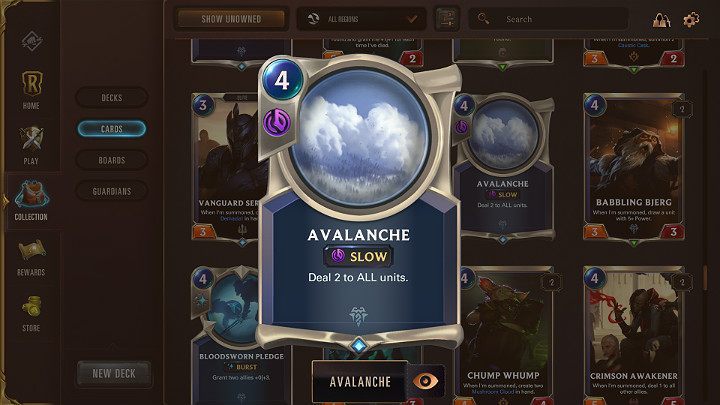 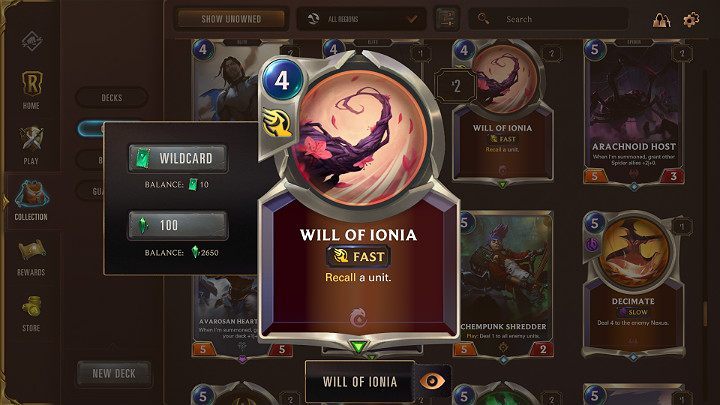 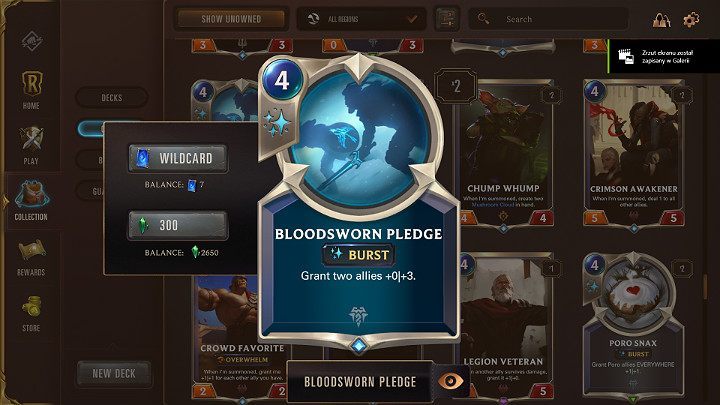