A deck in the Legends of Runeterra consists of 40 cards including a maximum of 6 champions. You may think that it's pretty easy to build a deck in this game - nothing could be further from the truth! Building your own deck in Legends of Runeterra is a very demanding and strategic challenge. In LoR, you have a very large number of cards at your disposal. Even if you would like to play just the most powerful cards, this is rather impossible due to certain limitations. 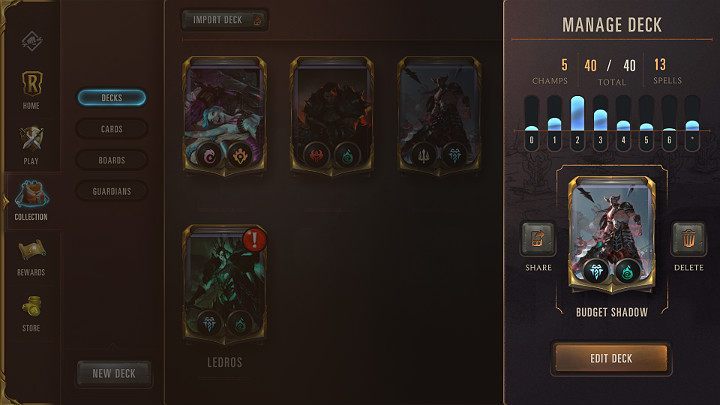 At the beginning you have to decide which Regions to include in your deck - you can use at least 1 region, but not more than 2. Each Region represents a different style of play. Therefore, not all combinations will have the desired effect. 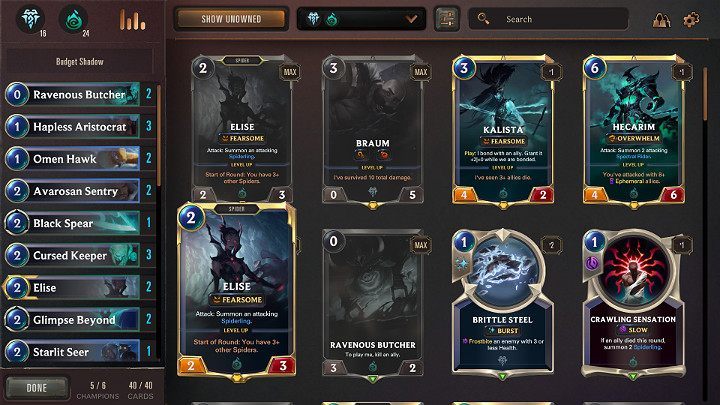 In the picture above you can notice that the presented deck consists of Shadow Isles and Freljord cards. In your deck you can include Champions, units, and spells, but with some limitations, namely:

When building a deck you have to take into account what kind of deck you will have to defeat. You must add cards that will eliminate the threat of the enemy, as well as units that can increase the overall combat strength of the deck.