On this page of our guide to Layers of Fear 2, we describe the exploration of red color scheme locations in act 4. In the following locations a lot of exploration and new puzzles await you - riddles with fruit, with a projector, puzzle with a lighthouse, and with flowers growing in the desert. 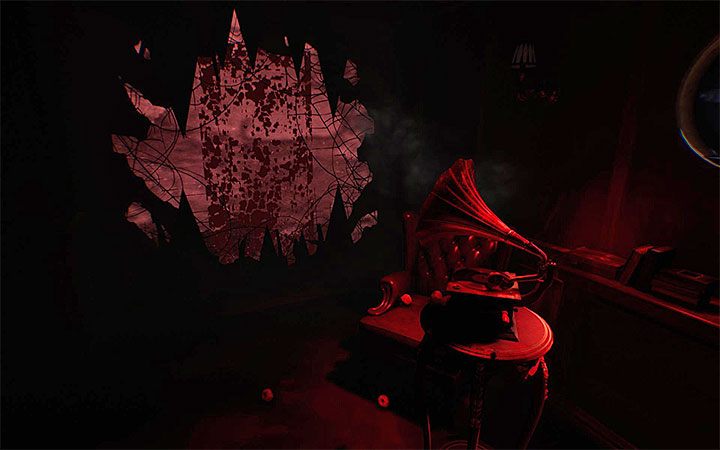 You will witness another confusing and surreal scenes, though they won't be that much interactive as previous ones. At first, you have to complete a sequence where you have to reach a door on the opposite side of a corridor.

In the new room, interact with the phonograph and rotate the handle until interactive doors appear on the wall. This will allow you to leave the room. 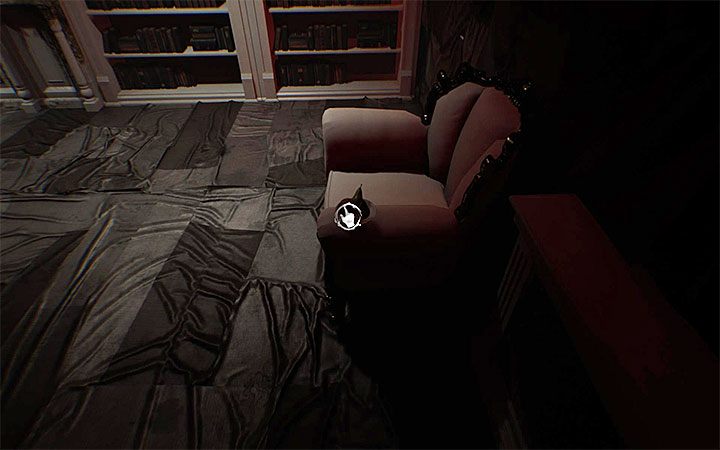 Go into the room with a TV. You can try to turn off the TV (it turns on spontaneously after a while) or just watch the whole scene without moving.

Keep exploring until you reach the large gate blocking the passage. Go back to the previous room. Here, you have to solve a simple puzzle with fruits. You have to find six interactive fruits (example in the picture). Interaction with each of them will cause blood to appear. You will also hear a voice of a child. Once you find them all, you will unlock the metal gate (the one you found earlier). 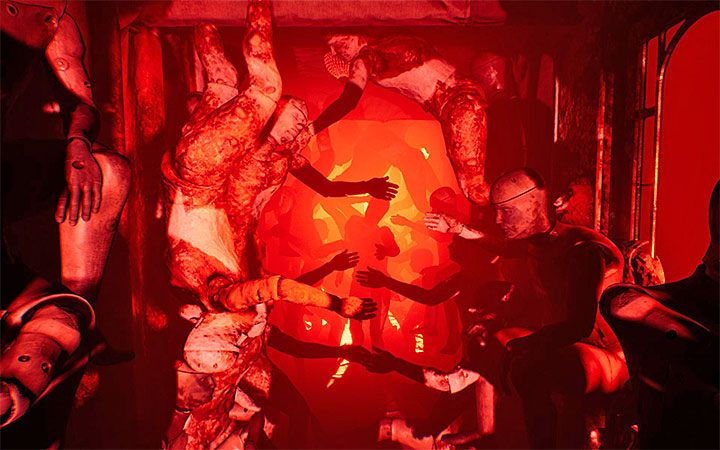 In one of the nearby corridors, you will come across hands protruding from the walls. Don't stop and don't do any special actions. Just move in the direction of the door visible in the distance.

All subsequent sections are very linear. When you reach the corridor with a very large number of mannequins (the picture above) the game will require you to do something unusual - start moving backward (don't worry about not being able to turn around or look sideways). 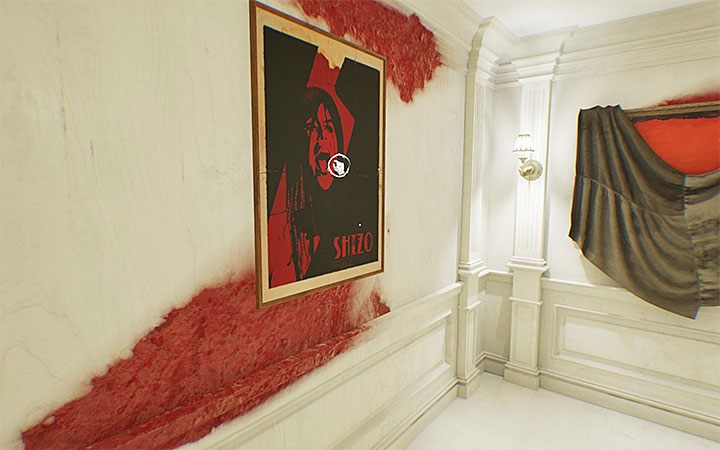 Once you regain control, you have to continue moving forward. You will pass by a balcony from which you can see a room with mannequins. Get to the stairs and remember to pick up the movie poster (Shizo) along the way. 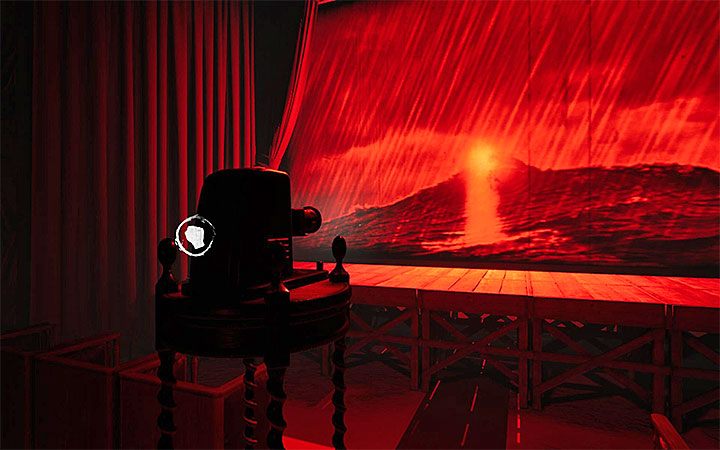 Reach the next room to solve a new puzzle with the projector. Go to the projector and start moving between frames until a figure that looks like a lighthouse (see the picture) appears on the screen. 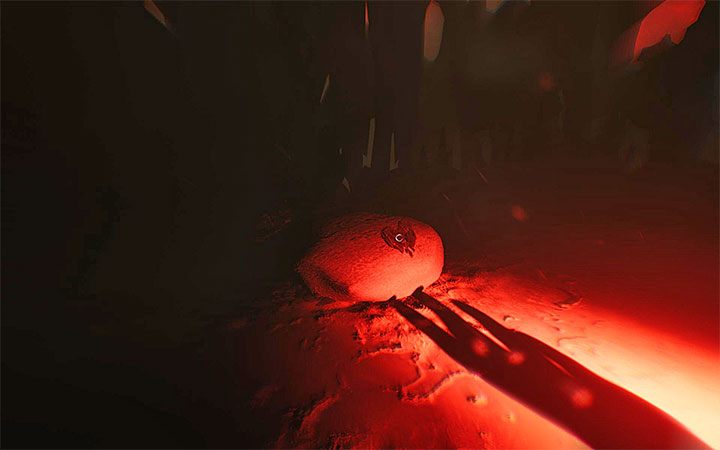 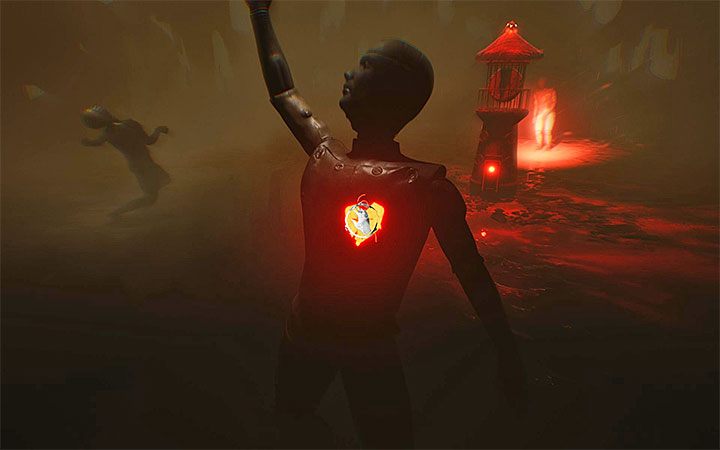 A few mannequins will appear around the lighthouse. Approach each one of them and pull out their hearts (hold down the interaction key). 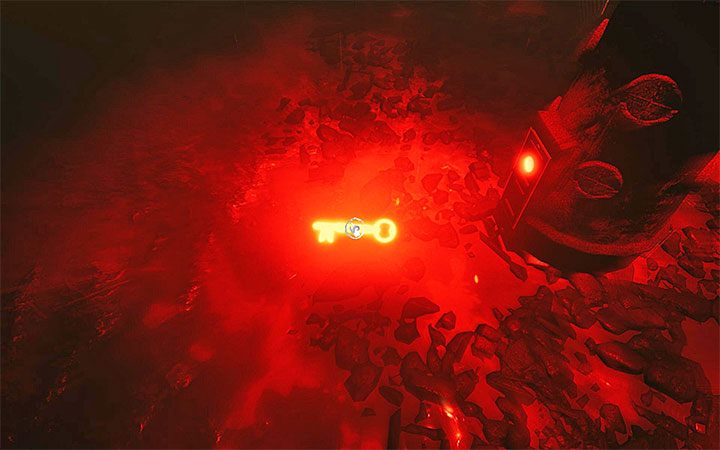 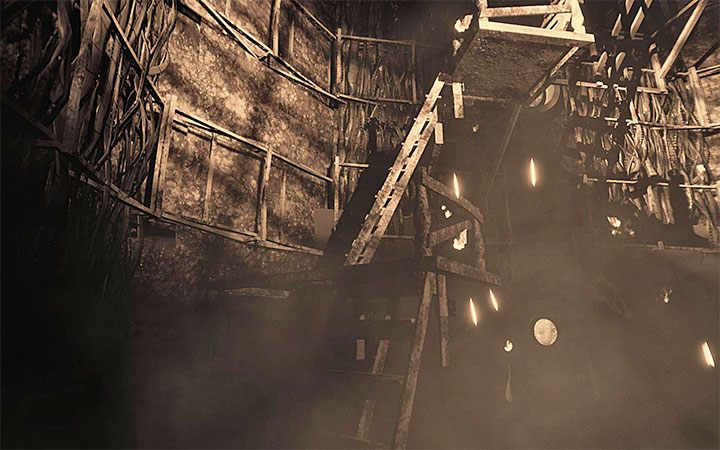 You are in a location with a cage and flames. Pay attention to the narrow stairs on the outskirts of this location. Start climbing them. Get to the top. 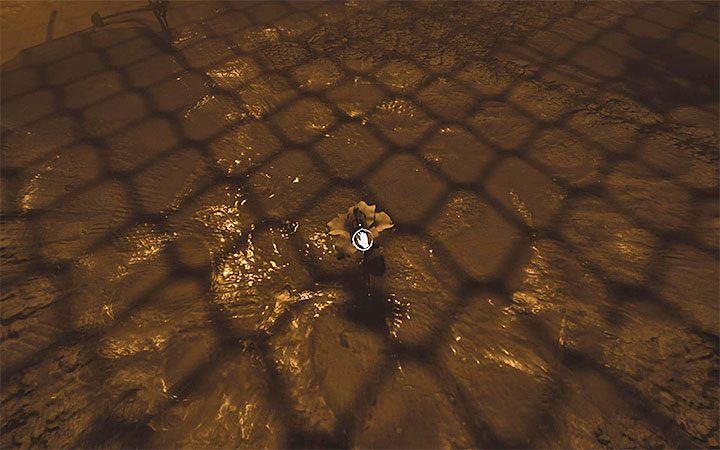 You will be "teleported" to a new surreal place - you have to solve a puzzle with flowers and hanging hearts. It is much easier than it may initially seem. Ignore the hearts.

Focus on reaching the flowers - you can approach any of them (none of them are unique). Each flower must be pulled out of the ground - point the camera at the flower and hold the interaction key (pressing the key is not enough!). Pull out a few randomly selected flowers - soon, this section will end. 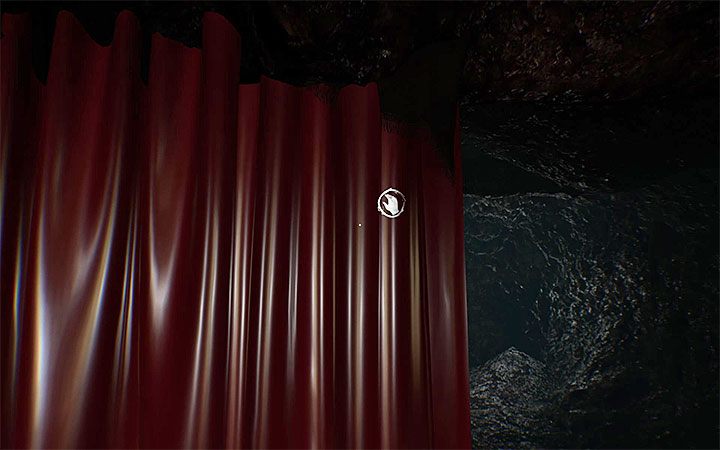 Once you are in a new place, open the nearest door and follow a new linear path. Get to the room with red curtains. Look for the places with a hand icon (example in the picture). Keep moving the curtains - this will animate the character on the red background. After moving all four curtains, find the key on the floor. It will be lying next to the mannequin.

Unlock new doors and follow a long corridor to a place where you will have to make a new important choice.