In this section of the guide to Layers of Fear 2, you can find a description of the second puzzle with the projector, which is solved during the passage of the second act of the game. It's a tougher nut than the previous one. You must first "generate" the key and then the desired door. 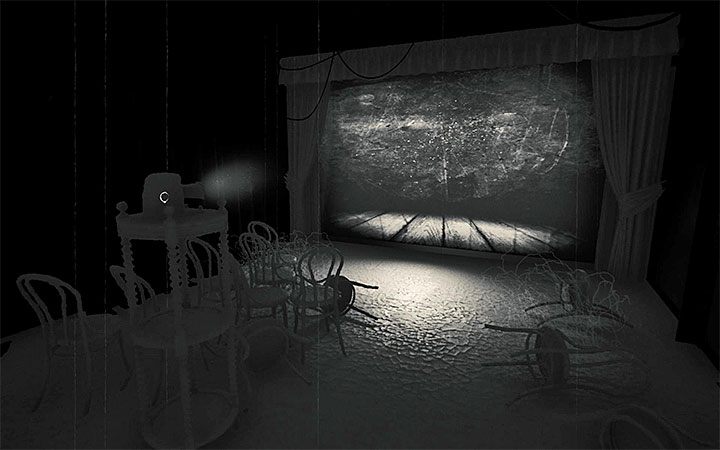 You will reach the room with the projector soon after the hero successfully hides in the cabin from the monster. 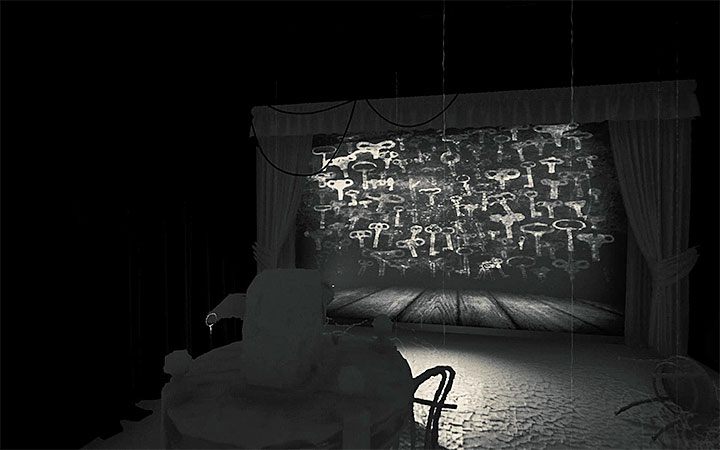 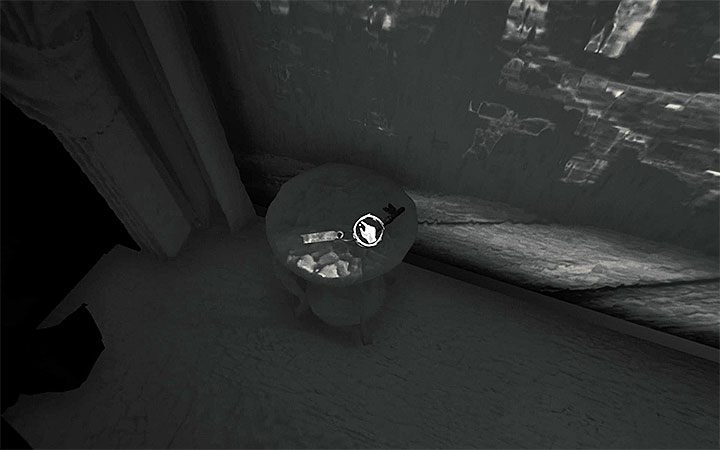 This puzzle is more complex than the one from the first act. Interact with the projector. Start by locating a frame of film with a large number of keys. Approach the screen to "materialize" a small table with a key. Take the key and go back to the projector. 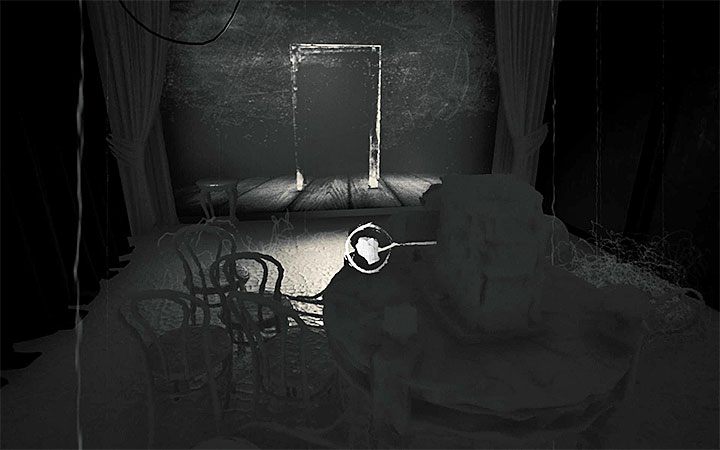 The second part of the puzzle requires the player to make the door appear on the screen. You have to stop the film on the subsequent frames of the movie, as follows:

The one with the door frame (picture above). After each use of the projector, release the key to make the object appear on the screen and stay there. 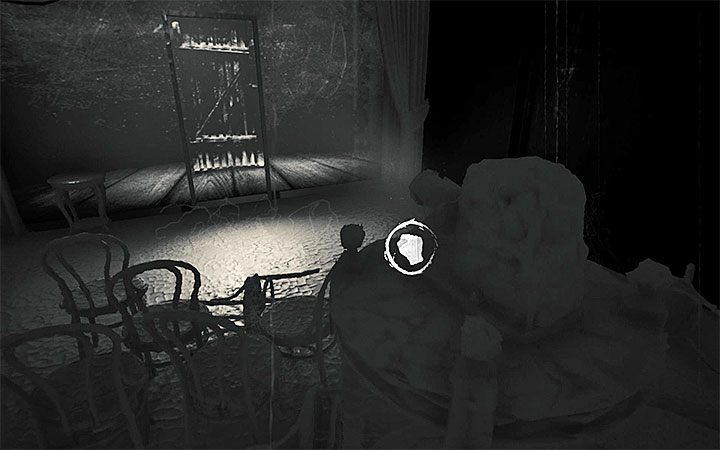 The frame with the correct door (image above). They will fit into the door frame. 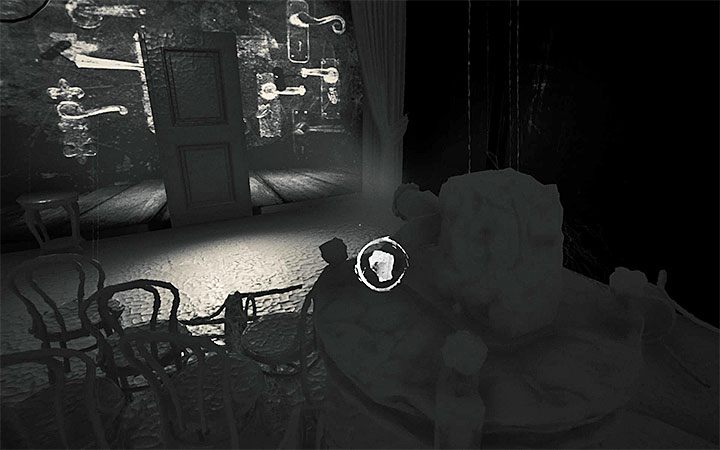 The frame with door handles (image above). One of them fits in the door. 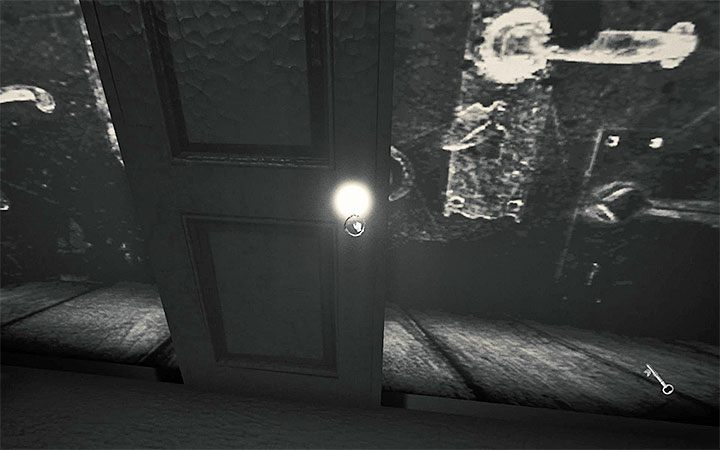 After that, go to the "glowing" handle and open the door to go through the screen.