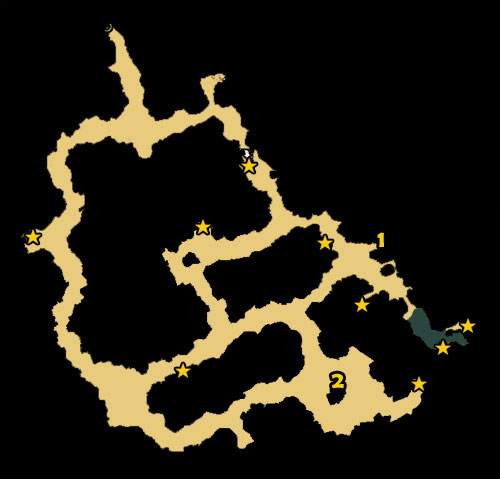 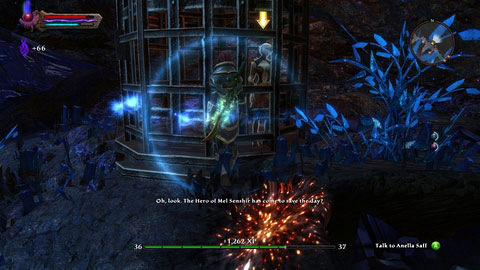 The woman is locked in the cage, which can be open with the nearby lever. But first defeat all guards. 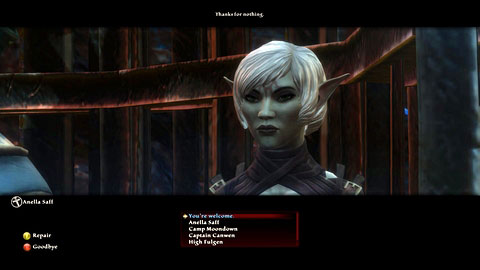 After short conversation you'll learn that the woman looks for a magic staff, which is hidden in this cavern. 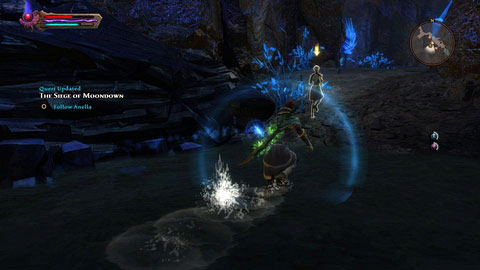 Agree to help her in her search and run after Anella. 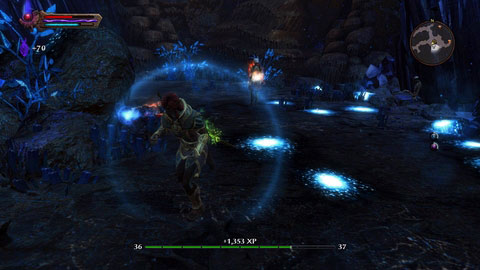 Once you approach the artifact, you'll be attacked by a group of enemies. Quickly kill all opponents, watching out for your companion. 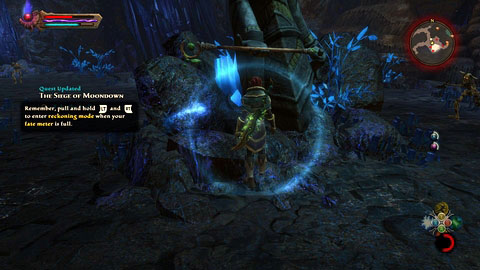 After the fight pick up the item and walk the woman to the exit. 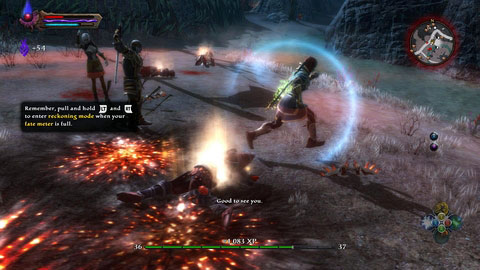 Back in the camp, captain Canwen will ask you again to help in the fight with Tuatha. 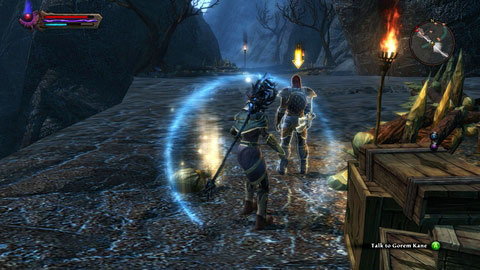 Once the last opponent is dead, you'll be sent to mercenaries' camp to the south M12(6). Talk there with their leader named Gorem Kane. 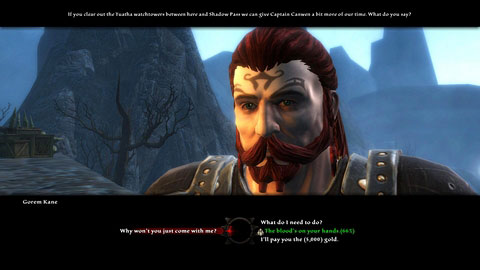 You can pay him to help Moondown camp, use persuasion to do this or complete a simple task. 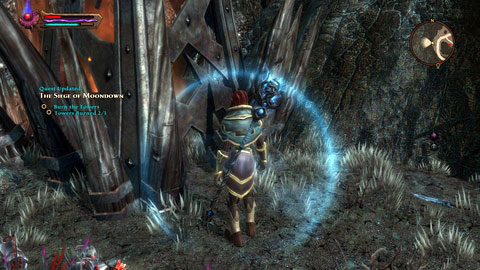 The mission is to burn down three Tuatha's guard towers. You'll find them on the western edge of the location M12(7). First kill all guards and then burn down the towers with received torch. 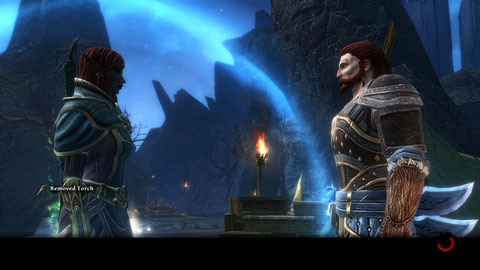 When you finish your task, mercenaries will agree to help Moondown. 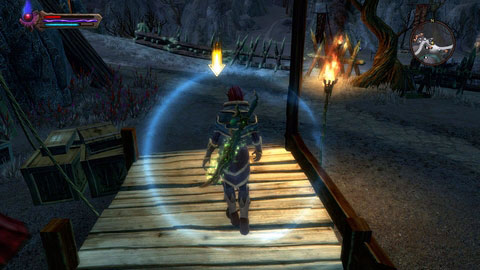 Return to the camp and meet the captain again. She will ask you to make a speech to boost soldiers' morale. Regardless of dialog option you choose, you will succeed. 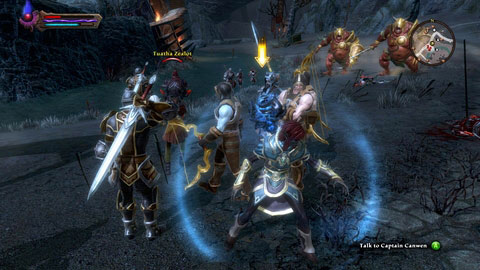 You have to walk through the camp now and stop the last Tuatha's attack. After the death of the last enemy, talk to Canwen. You will end the quest and receive random reward. 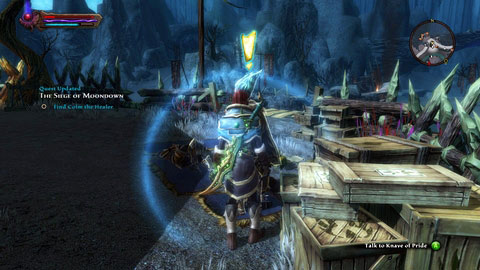 Knave of Pride, who stays in Camp Moondown M12(1), will order you a task to kill three Bolgan masters, located nearby. 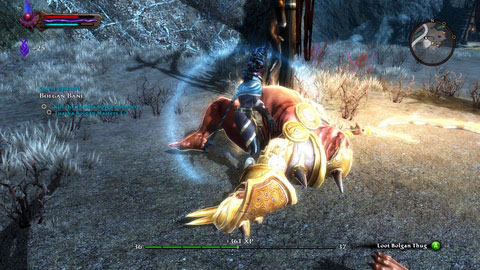 Two of them can be found on the surface and the third hides inside Glasspillar Caves M12(2). 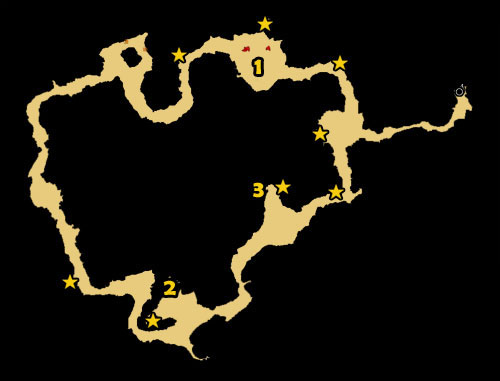 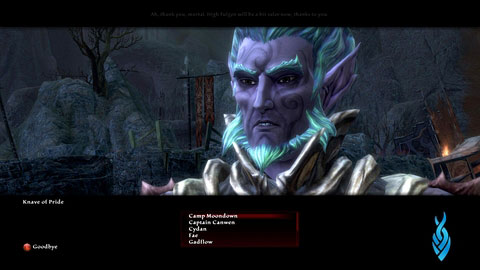 Once the last creature is dead, return to Camp Moondown to collect your reward.