To make the quest available, complete the mission "The Weeping King". 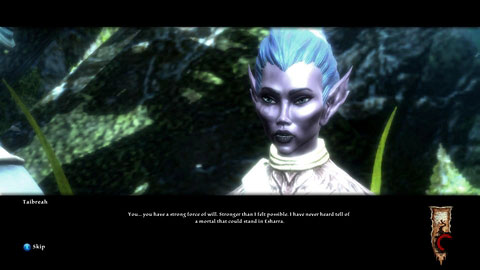 After conversation with Taibreah in House of Sorrows M8(2) you'll be transported to Esharra. 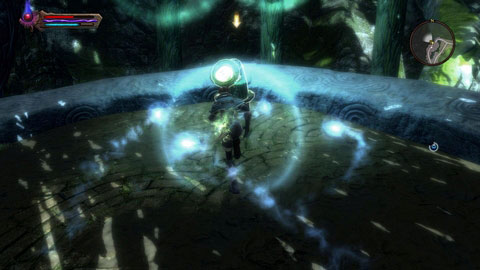 Meet there Fae again and then go to the first Energy Nexus. 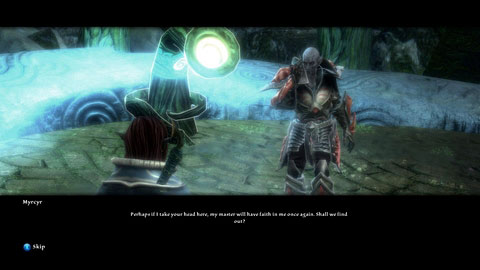 You have to turn off 4 such machines, and each of them is heavily guarded. 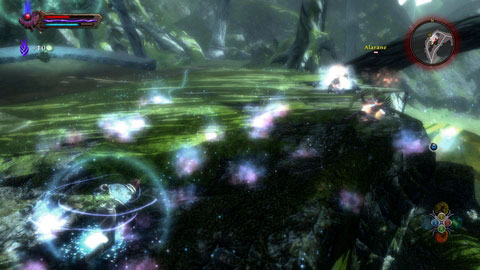 During the fight with guards let your companion takes first attacks and focus on summoned creatures. Once they are dead, attack guards. 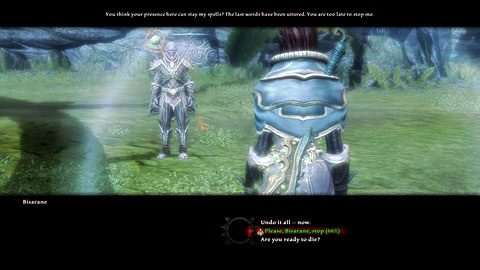 After turning off the last machine go to the center of the location, where you will meet Bisarane. 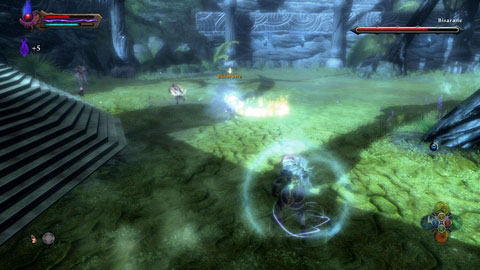 Regardless of dialog choices, after a short conversation the fight with mighty Fae begins. If you fight him from a distance, you have to avoid his powerful violet projectiles, which deal huge damage. Character preferring melee should hit several times and then get back. Otherwise they will be hit by shock wave caused by Bisarane's staff hitting the ground. 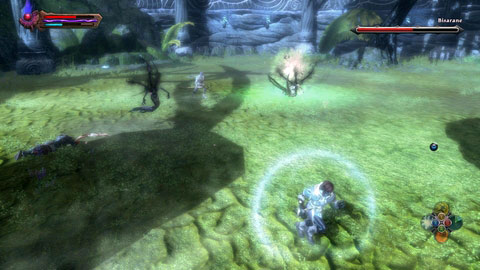 In addition to standard attacks, the mage will be summoning also groups of helpers. These are in order: Tuatha, Banshean, Skeletons and Niskaru. To make the fight easier, let Taibreah get most of the hits, so you can kill weaker enemies one by one. If you are targeted by Bisarane, run somewhere and hide behind some wall. 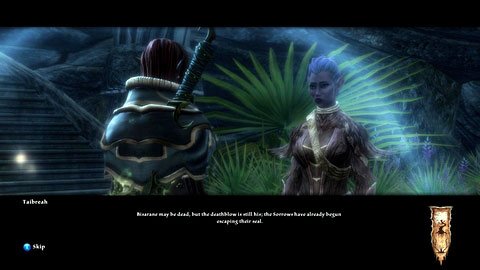 After killing the mage, talk to your companion and wait until she finishes the ritual. 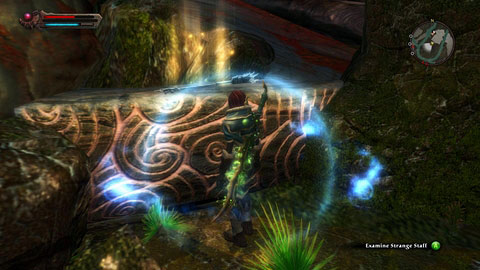 You will be then transported back to a real world, where you'll encounter a strange staff. Pick it up and you'll get w powerful weapon (Sorrow) and a card Twist of Fate - Child of Autumn. 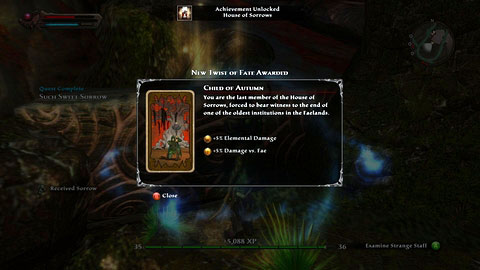 To make the quest available, complete the mission "The Sorrows Call". 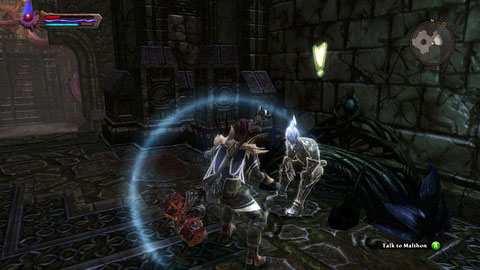 Go to House of Sorrows in The Midden and talk to Malthon who awaits you there. The man will ask you to kill some beast. But first you have to lure it back to its den. 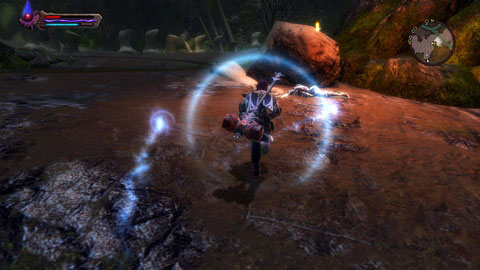 So go to The Midden and burn corpses of four soldiers M8(8). 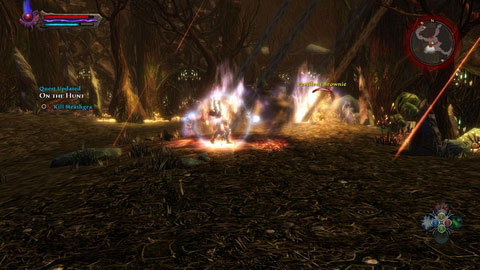 When all corpses disappear, you'll be able to get inside Meathgra's Den M8(7) and kill the beast. Monster is surrounded by large group of Brownies. Kill them first with area abilities. The fight with main opponent doesn't differ from other battles with regular Banshean. 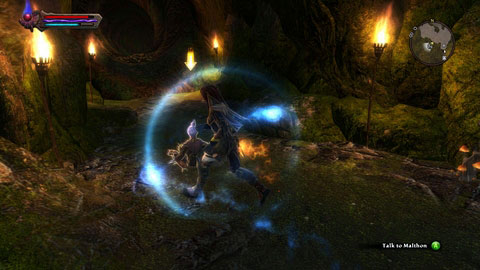 After Meatgr death, leave the cavern and collect your reward from Fae next to the entrance.