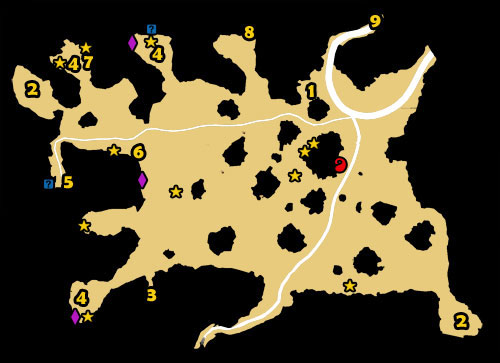 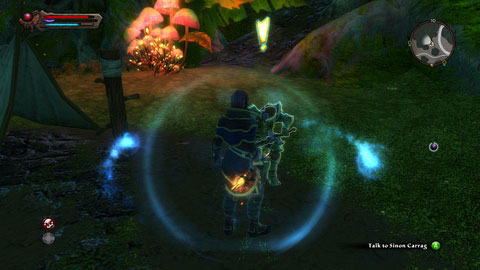 Meet Sinon Carrag in Alfar Camp M10(1). He will ask you to get rid of Banshean responsible for Murghan plague M10(4). 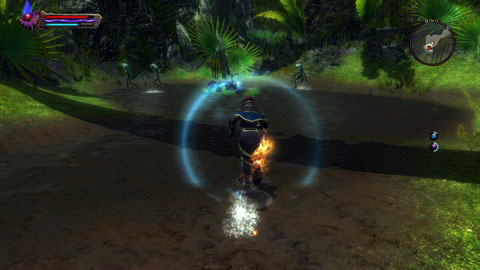 One of the creatures can be found in the south-western corner of the locations. Rest two can be found on the north. During the fight with them remember about killing weaker monsters first. Banshean alone are not a big challenge. 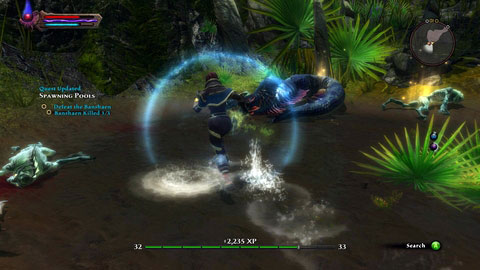 When the last opponent is dead, return to Alfar Camp to collect your reward. 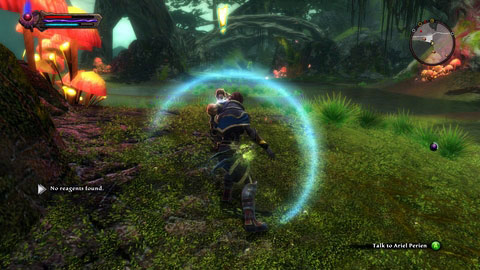 Ariel Peried, who can be found in the western part of Drowned Forest M10(6), will ask you to search for her kidnapped assistant. 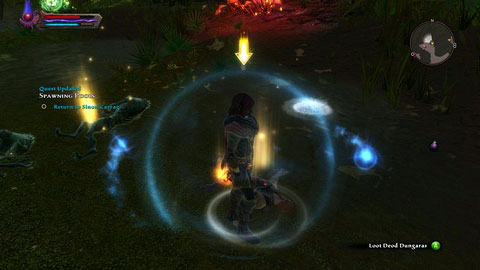 Agree to do this and then head north M10(7). A corpse of the man can be found in a small forest occupied by Banshean. 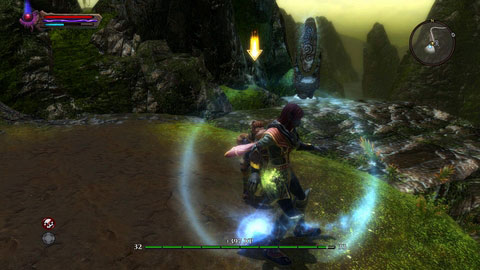 Defeat the beast and pick up Ariel's bag. You have to bring it to the gnome, who awaits you next to the entrance to Bonnlach ruins M10(5). 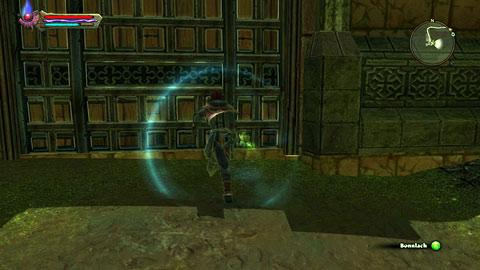 After short conversation go to the abandoned castle together with the gnome. Your task is to find an artifact which is located in the library. 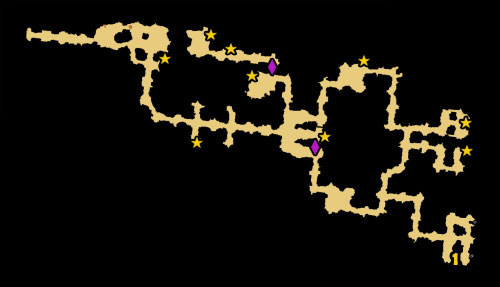 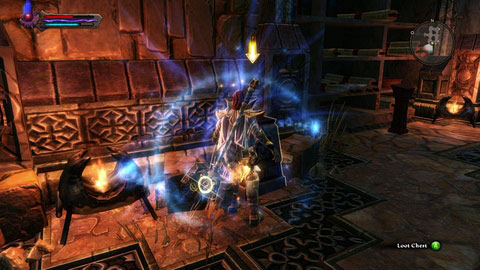 You'll find the library in the south-eastern corner of tunnels. Take the item from a chest, thus ending the mission. 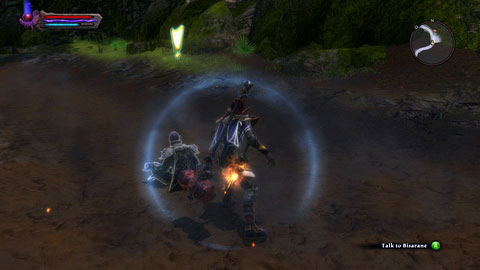 On the road connecting Cursewood and Drowned Forest you'll meet a man named Bisarane M10(9). He will offer you a first quest for House of Sorrows. 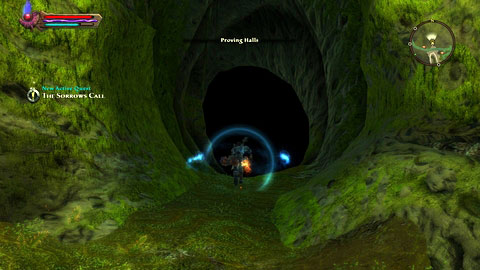 At the beginning you have to go to Proving Halls in The Midden M8(3). Bisarane will give you further instructions there. 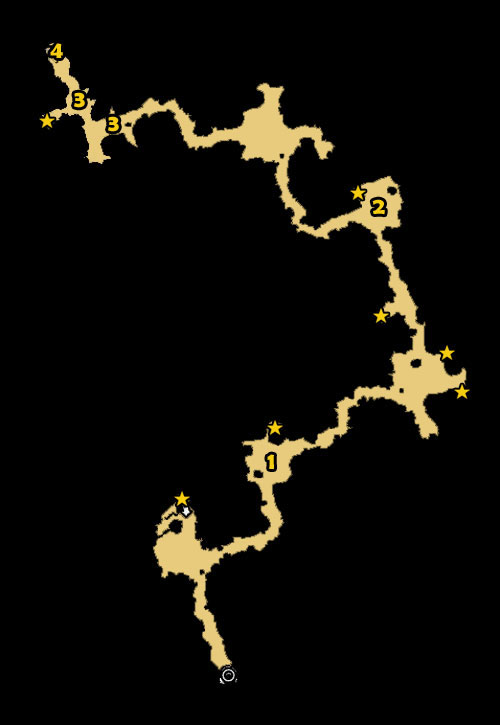 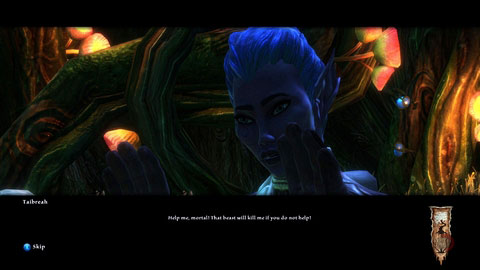 Keep going through the tunnel until you meet Fae named Taibreah. 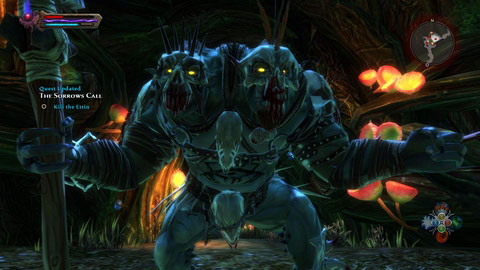 After short conversation you'll be attacked by Ettin. Defeat the beast and move forwards. 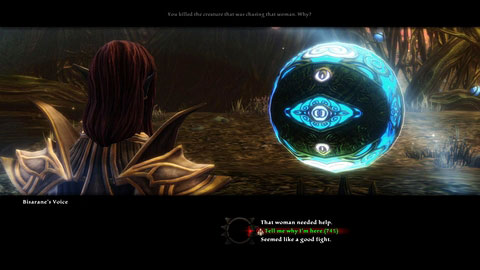 In the next chamber you'll have to talk to Bisarane again. Dialog options you choose do not matter at all. 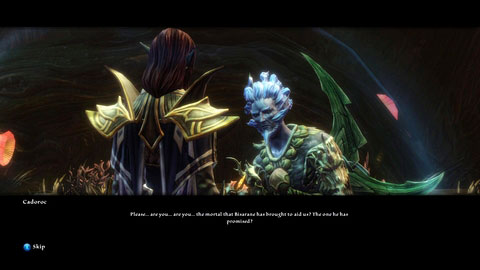 Your second task is to find a poisoned Fae boy named Cadoroc. You'll find him bit further to the north. Decide about his fate and then go to meet again the leader of House of Sorrows. 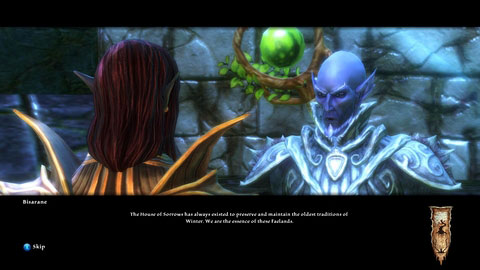 And again choice of dialog options doesn't matter. Regardless of your previous choices, at the end you'll receive an amulet which increases HP regeneration when your current HP is below 20%.