Map of Hall of the Firstsworn 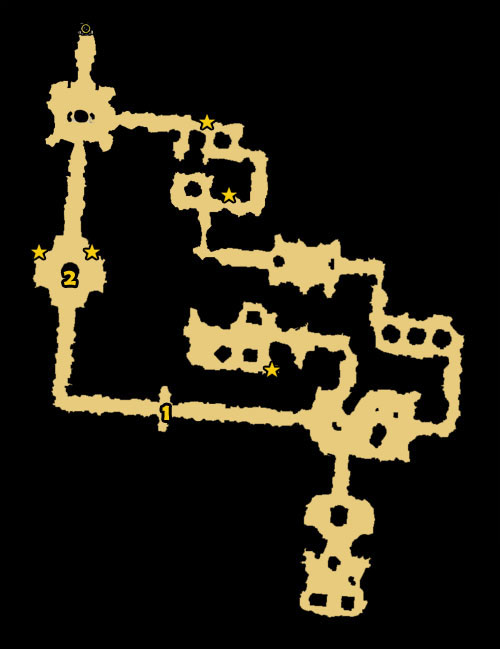 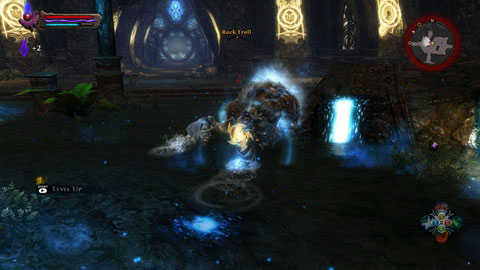 Once you get inside, turn to the east and head to the south. Thus you'll get to the secret corridor leading to the forge. 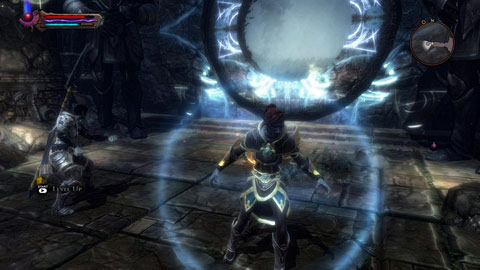 Try to pass it until a barrier which block it, disappears. 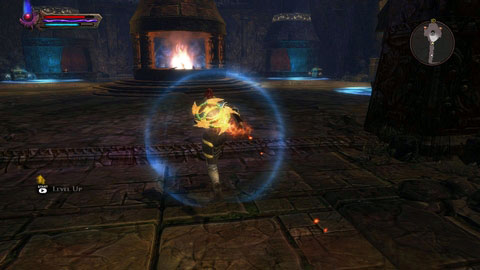 On the other side you'll find a forge, where you can forge the ancient artifact. 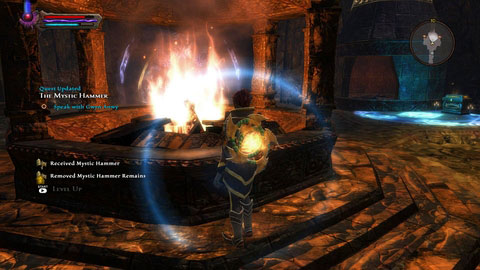 Once you are done, you'll receive another mission.

In order to make this task available, complete the mission "The Mystic Hammer". 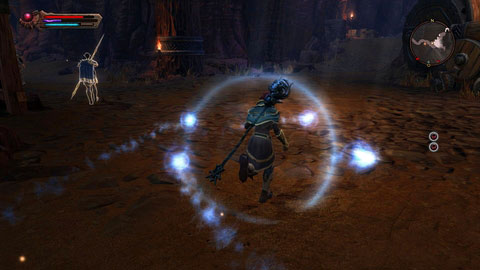 First you have to get to the Cloudrest Passage in The Hollowlands M3(15) and get to the top of the mountain, defeating opponents on your wait. In the fight you'll be accompanied by a group of companions. 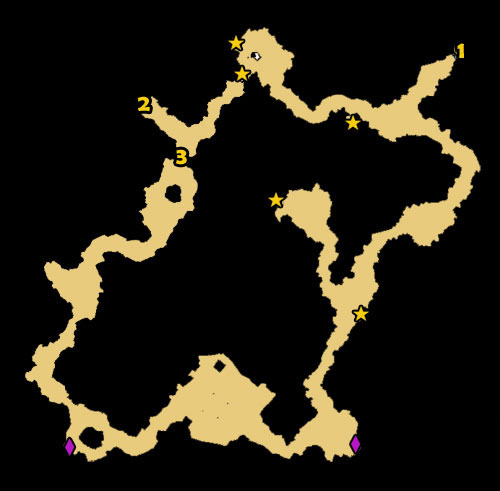 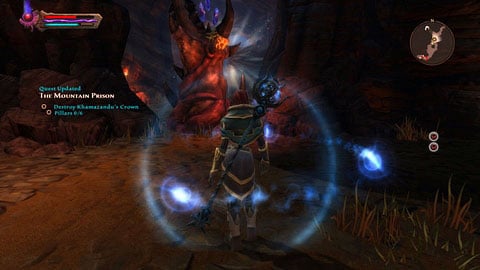 Right before leaving the cavern, the way will be blocked by a strange pillar. Destroy it with a hammer gained in the previous mission (Mystic Hammer) and leave the tunnel. 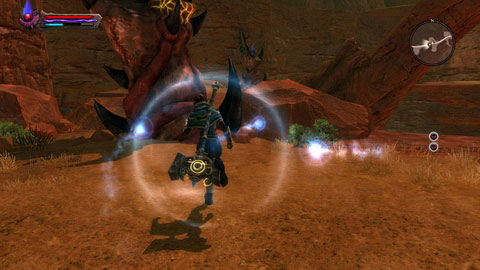 Once you get outside you'll encounter more such blockades, additionally guarded by groups of Niskaru. 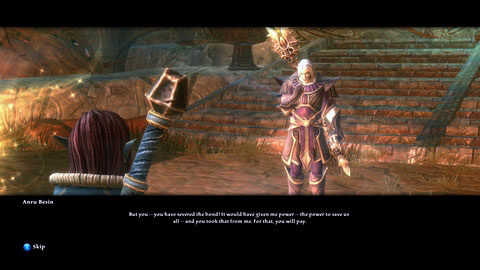 Go through them until you get to the place, where mighty demon is summoned. Break the ritual and talk to a man named Anru Besin. Regardless of your choices a moments later you'll start fighting Alfar. 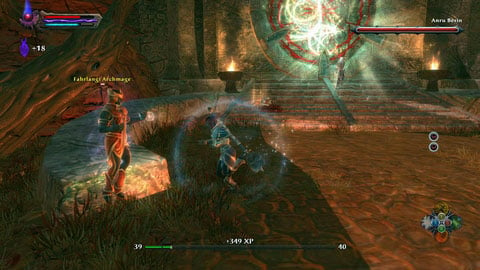 At the beginning your opponent will hide and your task will be to get rid of group of cultists. Once they all are dead, Anru will join the fight. 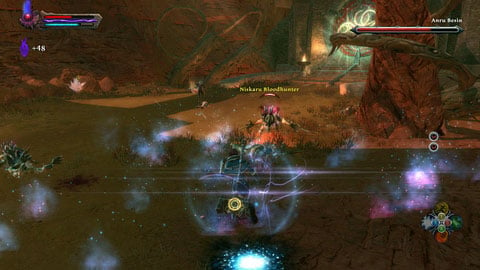 The man will summon a group of Niskaru for help - you should kill them first. Leave only one demon alive, because he will be healed all the time by his master. 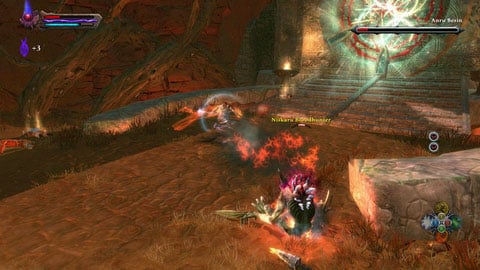 Anru himself has not many attacks. He will use only purple projectiles, which must be avoided from a large distance. 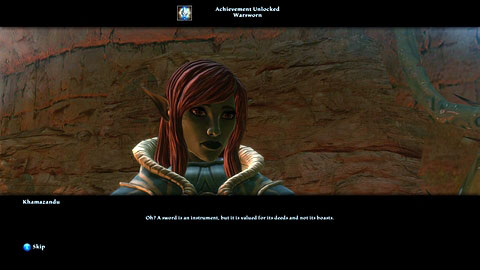 Once the opponent is finally dead, a demon voice will speak to you. You can now decide whether you want to let him into your body or reject him. In the first case you'll receive the task "Khamazandu's Gift". In the second you'll be able to go away and talk to Gwyn Anwy waiting for you near. 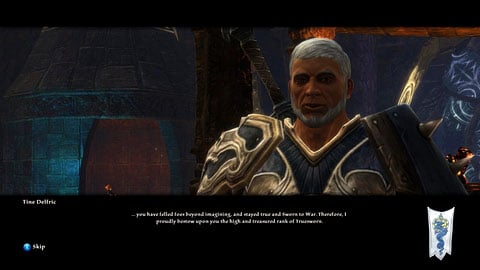 The woman will send you to Hall of the Firstsworn w Menetyre M4(5), where you'll complete the quest, get the title of Truesworn and a card Twist of Faith - Truesworn. 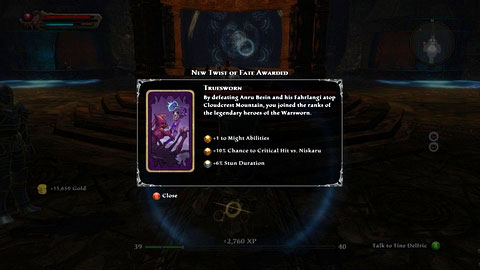