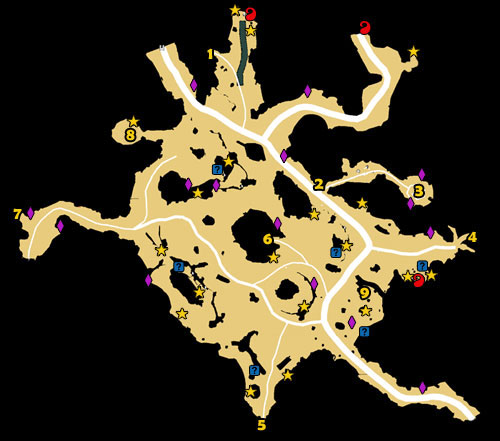 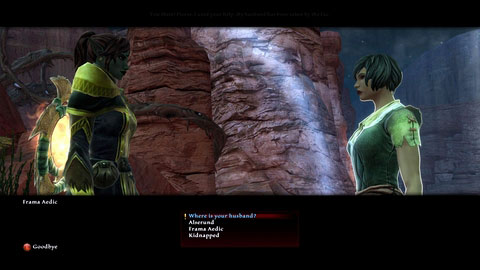 On the road leading to the east you'll encounter a woman named Frama Eadic M2(2). She will tell you that her husband was kidnapped by a group of Fae. 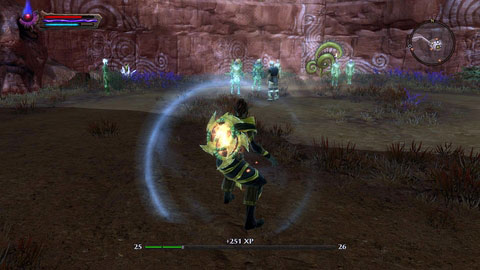 These creatures took men to Circle of Engard on the north M2(3). Once you get there, talk to their leader, Florion. 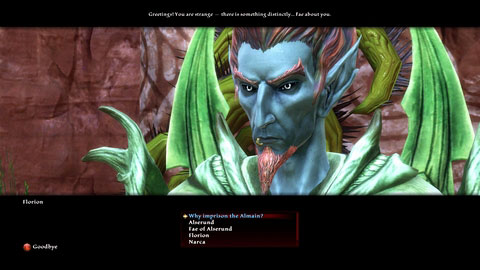 Fae will tell you that Frama's husband is cursed. In order to heal him, you have to go to Caverns of Ingress M2(1) and find a magic plant hidden there.

Map of Caverns of Ingress 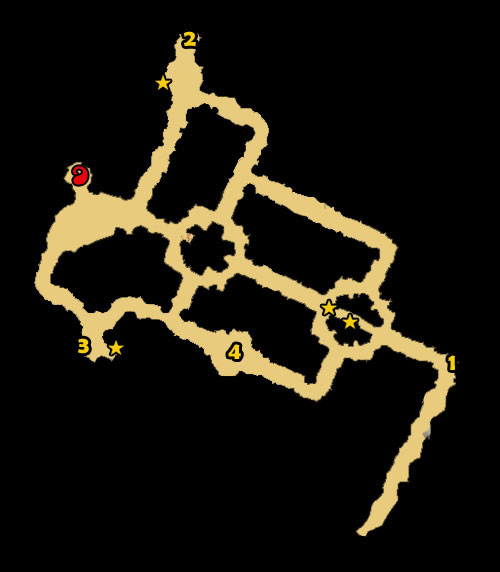 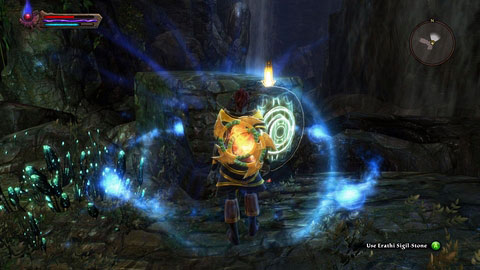 First thing you should do, when you get there, is to find three switches. One of them is located next to the waterfall. 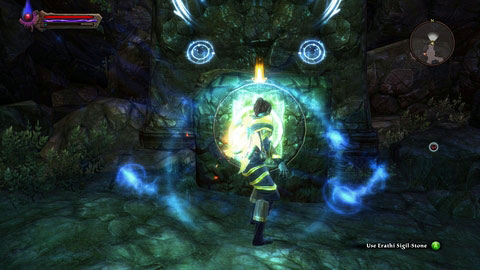 Another one stand next to the high stone. 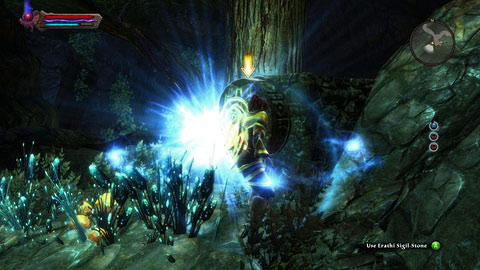 A third switch is located next to the tree in the cavern. 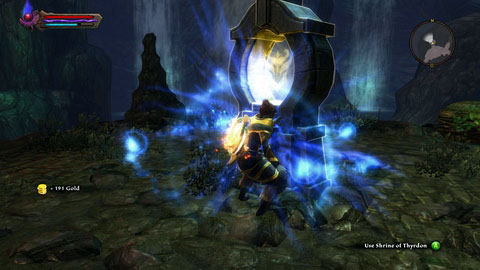 Activation of each mechanism results with receiving one of three curses. They reduce damage you inflict as well as your defenses, so before the fight with a guard of the plant you might use a shrine located in the underground. 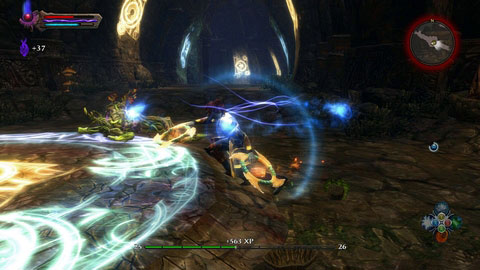 Your main opponent is Thresh, well known from previous quests. Killing him should not be a problem for you. 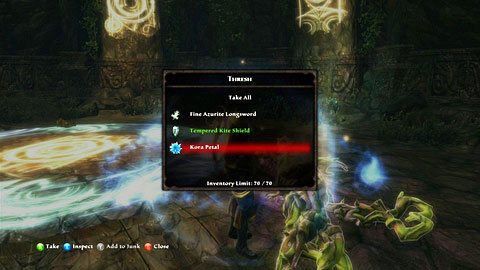 Once the monster is dead, search his body and take Kora Petel. You have to bring it to Florion. 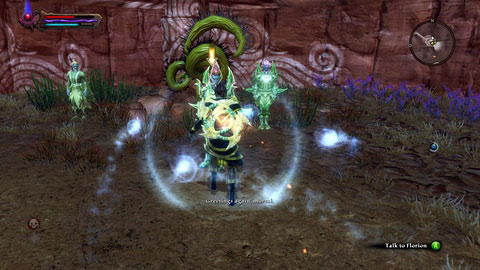 Fae will use it to create an elixir, which you should give to Alard Aedic standing near. Once he drinks it, your mission is over.

This mission becomes available after completing the mission "Kidnapped". 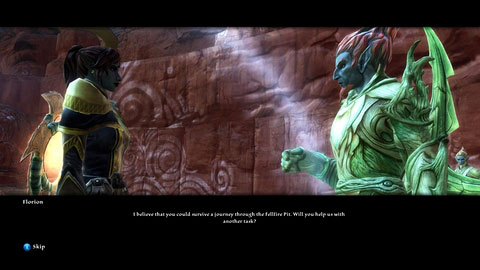 Talk to Florion again (Circle of Engard M2(3)) and he will give you a task to get a plant which grows only in w Fellfire Pit M2(6).