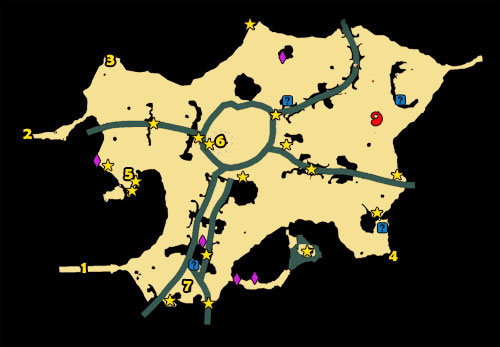 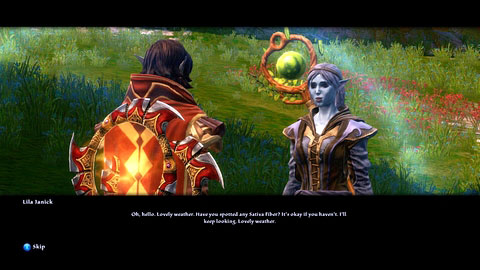 In the northern part of the location you can encounter a woman named Lila Janick. She will give you a mission of killing a group of spiders that prevent her from gathering alchemy ingredients. 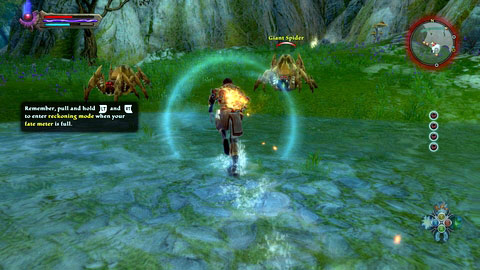 The beasts can be found in the western part of the woods M10(5). 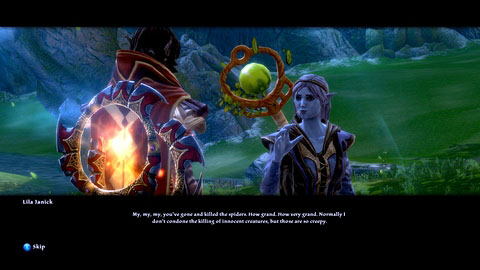 Kill them and Lila will give you a discount on her and her sister's services. 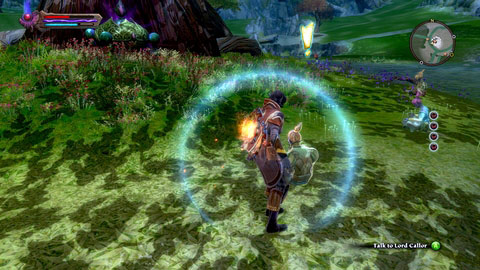 Head to the Deep Slumber M10(6) and speak with Lord Callor. He will tell you of three magic staffs that have been stolen and destroyed by thieves. In order to recover them, you need to head to the Forsaken Plain. 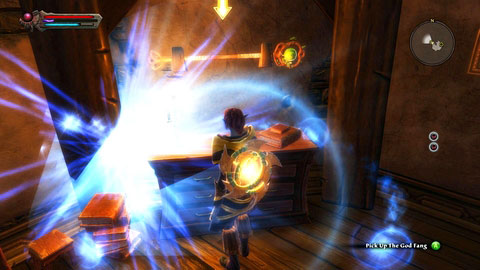 The God Fang can be found at Hagni House in Emaire M9(14). 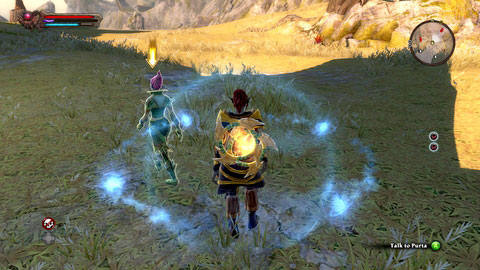 The Crack of Dawn is in possession of Purty, who's walking east of town. You can either steal it or convince her to give it back with persuasion. 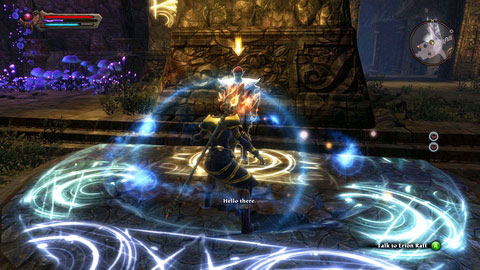 The third piece can be found inside the ruins of Mull-Rane M9(12), it's in possession of a man named Erion Raff. He will agree to give it back for a certain price. 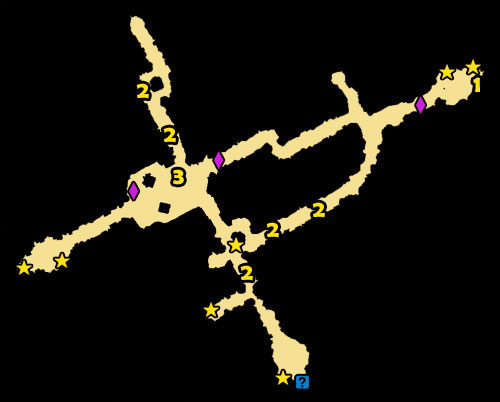 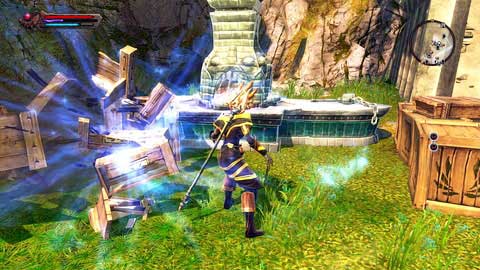 With all the fragments, return to Emaire M9(4) and use the blacksmith shop there. You can find it behind the tavern. 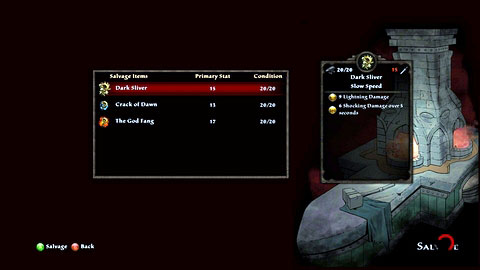 You first need to destroy the three staffs and then create three new ones from the obtained pieces. 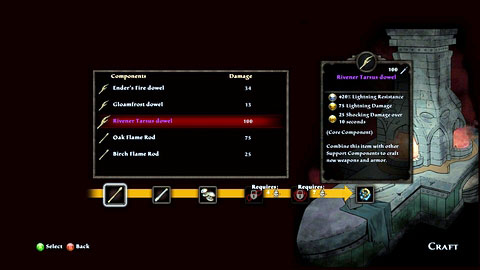 Each one of them needs to have one of three fragments: the Rivener Tarsus dowel, Gloamfrost dowel and Ender's Fire dowel. The other ingredients don't matter, you can buy them or obtain by destroying weaker items. 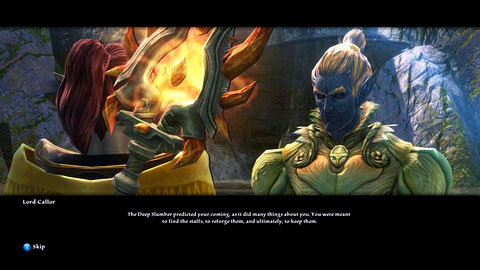 After creating all three artifacts, speak to Lord Callor in Deep Slumber M10(6) to finish the mission. 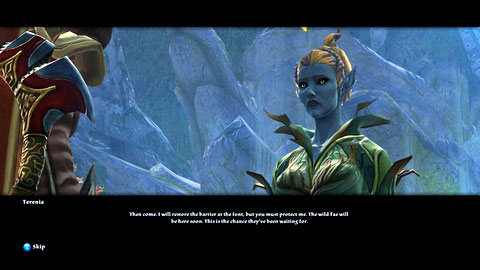 During "The Great General" you will reach a moment in which you have to find and activate four ancient stones. Teleport towards one of them and you will be taken to the Deep Slumber M10(6). A Fae named Terenia is waiting for you there. 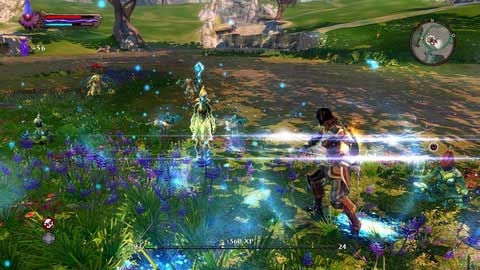 The woman will ask you for protection while she performs a magic ritual. Agree to help her and the first wave of enemies will soon show up, in the form of flying Sprites. 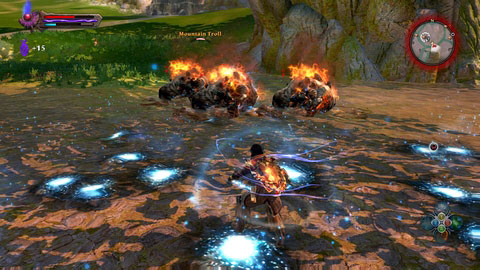 The second wave will consists of three Mountain Trolls, the third of Brownies and the fourth of two Leanashe. 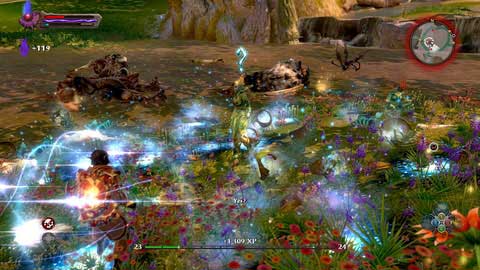 If some enemies happen to cause you any difficulty, remember about the Reckoning mode. Try to deal with the enemies as fast as you can, so that they cannot kill the woman. 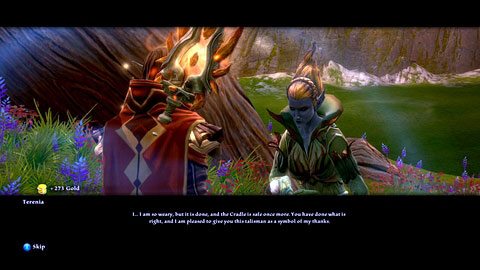 After the last fight ends, speak to the Fae and collect your prize.