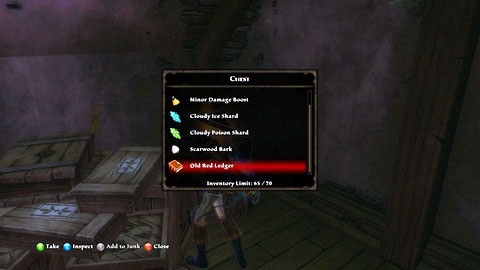 Take the Old Red Ledger and bring to Wyl. 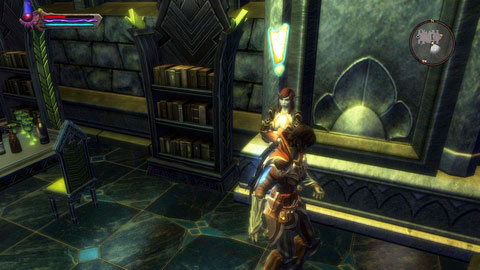 A woman named Carasta Arawyn in the Officer's Hall M6(11) will ask you to make a deal with the merchant Gwalchmai M6(9). 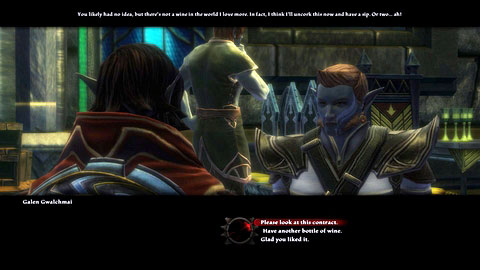 In order to make that possible, you will receive the Maybryn Wine that the man loves. You can also find it in Dolve Arne, among other places. You can get the best price by giving the man two bottles and additionally using persuasion. Remember not to give him any more wine, or Gwalchmai will give up on the transaction. 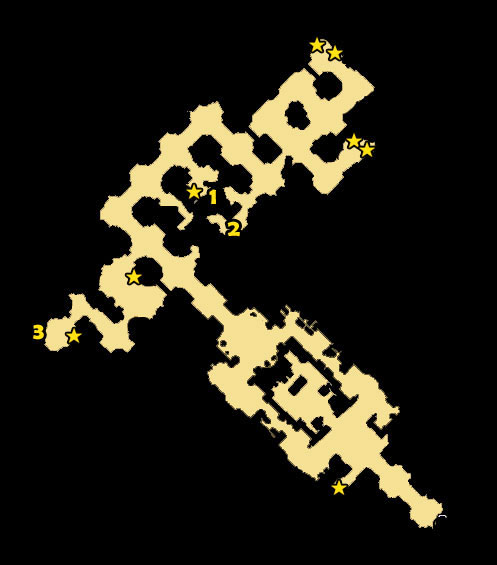 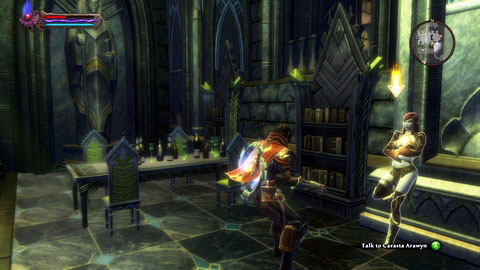 After obtaining the contract, return to Carasta to collect your prize. 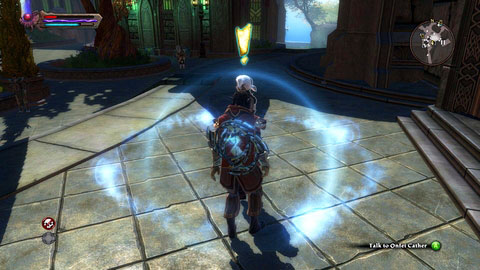 Onfei Cather in Upper City M6(16) will inform her of the disease of her mistress' son. 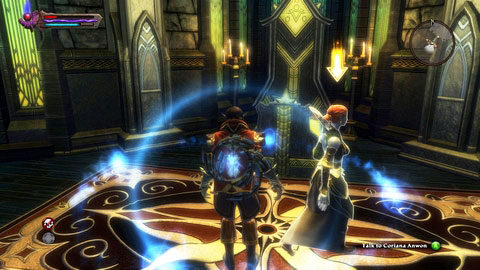 Head to House of Anwon M6(17) and speak to Coriana Anwon. She will tell you that there's only one type of medicine that can save her son. It's called Lapidus and can be found in Actha. 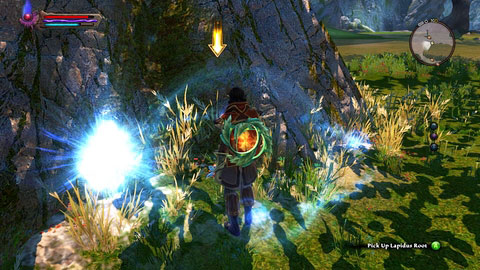 You can find it in the southern part of the location M7(12). 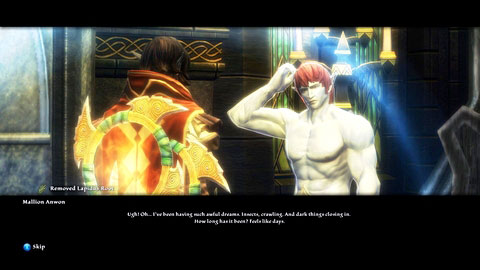 Pick the herb and take it to the sick Mallion and afterwards speak to him and his mother. 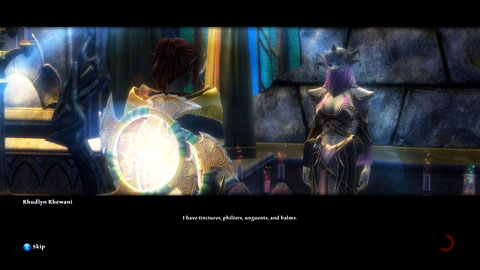 The woman will send you to the alchemist in Lower City M6(6). She will tell you what type of poison was used in the wine and who she sold it to. 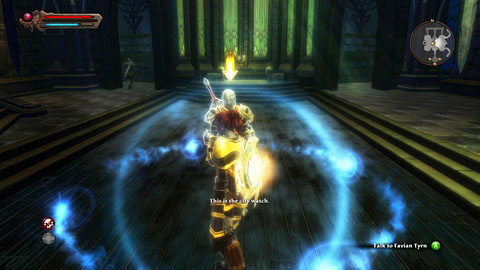 With such knowledge, you can head to a guard in the City Watch M6(10). 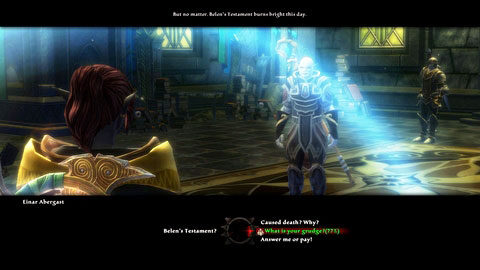 Together with a group of guards, head to the Abergast Residence, where the poisoner is M6(4). During the conversation you will have two chances to use persuasion. If you succeed twice, the man will commit suicide. Otherwise, he will attack you. 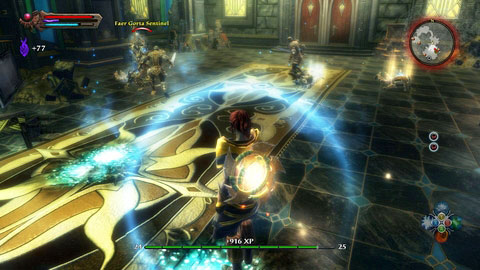 Start off the fight by using an AoE spell to eliminate the skeletons and only afterwards kill the necromancer with the guards' help. 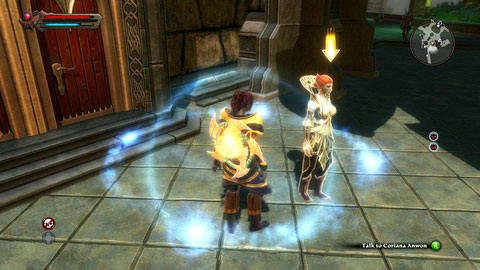 When the fight comes to an end, return to Coriana Anwon who's standing beside her house and collect your prize.