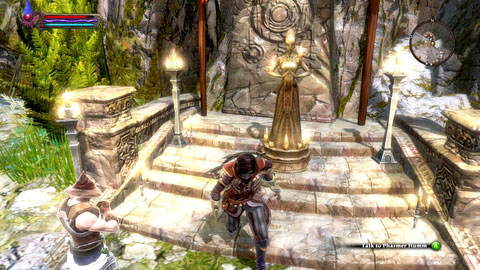 The voice will tell you to steal a certain amulet from Rithen M5(4). 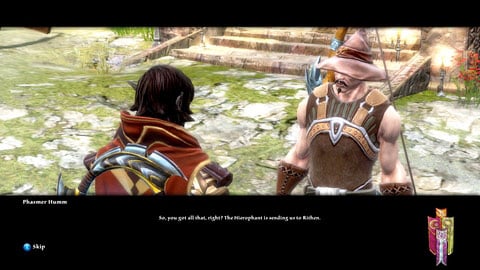 Throughout the mission you will be accompanied by a man named Phasmer Humm. Speak to him and afterwards meet inside the ruins. 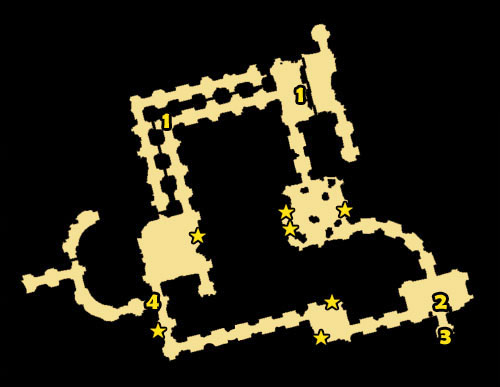 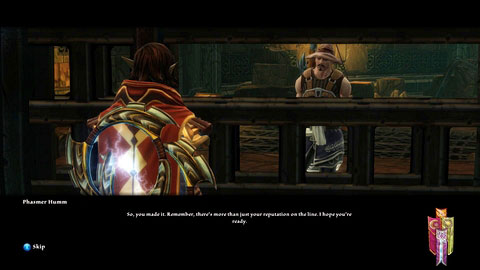 After a short conversation, keep going onwards until you rejoin your companion. He will ask you to pull the nearby lever. 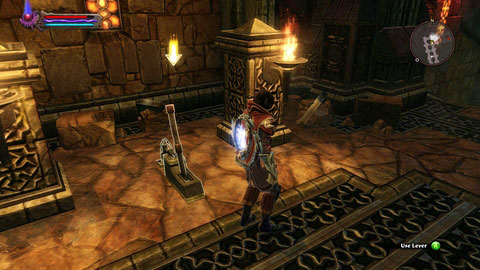 A similar situation will occur inside the room with the spiky traps. 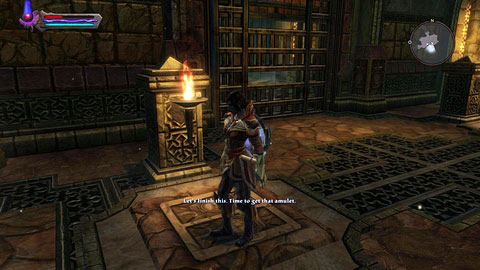 At the end of the tunnel you will come across a locked gate. In order to open it, you need to stand on the two plates together with Phasmer. 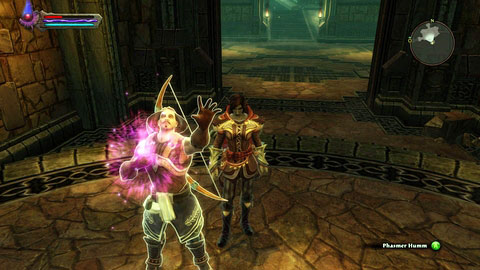 Behind the door there's an amulet which will immobilize your companion. 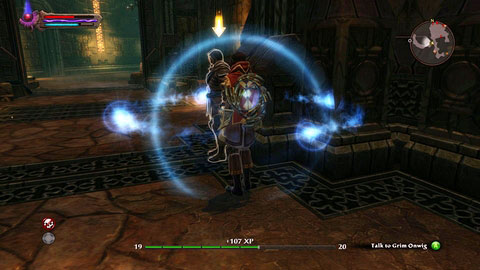 Now return to the start of the ruins and speak with Grim Onwig who's waiting for you there. He will give you a stone that will heal Phasmer. 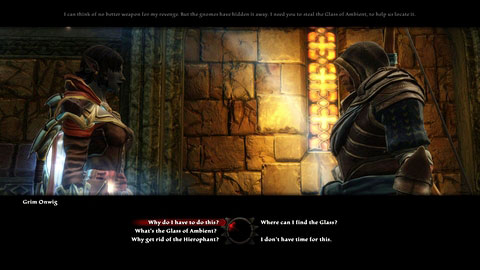 When the man is free, meet with Onwig again and accept another mission.

This mission will become available after completing Going Rogue. 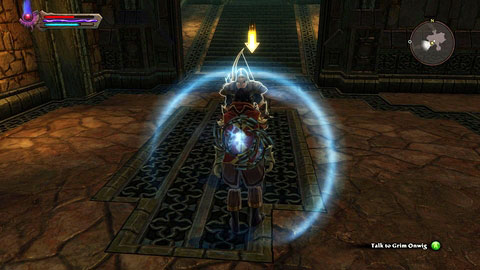 While in Rithen M5(4), speak with Grim Onwig. He will give you a mission of finding a certain artifact located in the Blackened Hall M5(1). 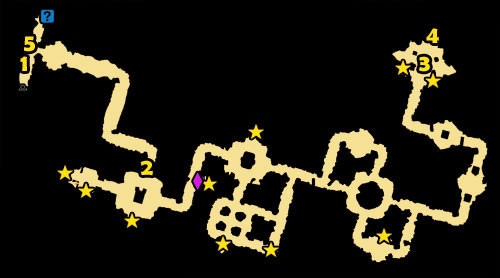 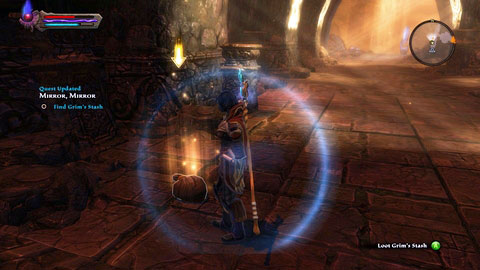 After entering the ruins, pick up the boots and put them on. Buru's Boots will protect you from the fire traps which the corridor is filled with. 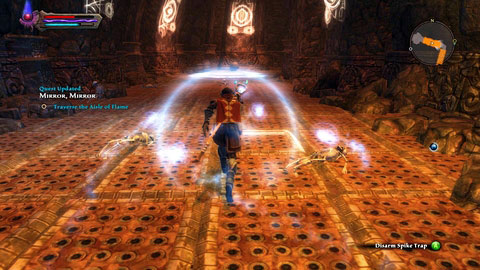 You need to run across them very fast, as the boots will disappear after some time. If you don't make it in time, you will have to consecutively disarm the mechanisms or run in accordance with certain rules. The second line of traps launches in such a pattern that the fire first appears in the middle and afterwards on the sides. Keep changing the direction you're running to avoid getting damaged. The third set of traps works a bit differently. The left side turns on first and afterwards the right. 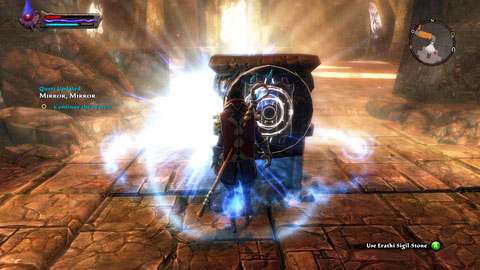 As you reach the end, use the nearby Erathil Sigil Stone. It will turn off all the fire traps behind you. 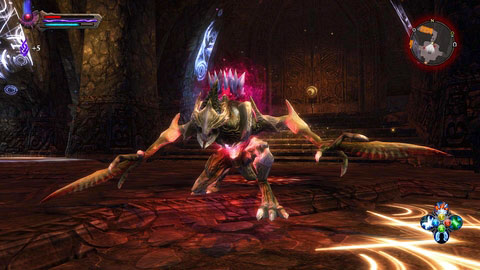 In the further part of the ruins you will most of all have to fight Niskaru. The enemies will be high in numbers, so be ready. I'd suggest focusing mainly on AoE skills.