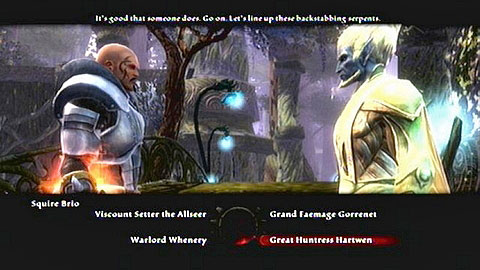 Speak with each of them and try to make them tell you the whole truth by using persuasion. After learning their preferences, you can return to Squire Brio. The proper order in which you need to give is as follows: 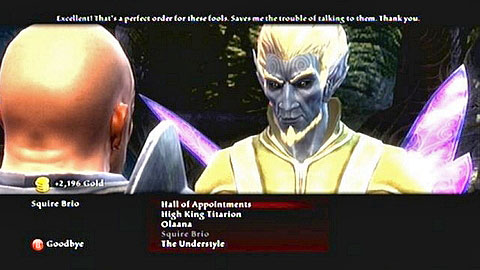 Try not to make a mistake, as you won't be able to repair it. In return for properly completing the mission, Squire will give you a considerable amount of gold. 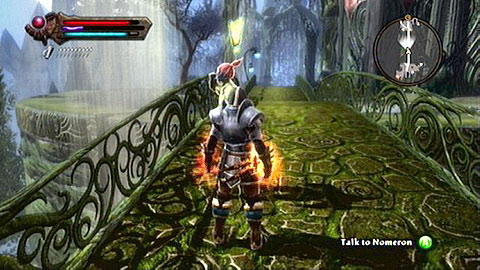 This mission can be received from Nomeron, who you can found in the part of Ysa known as The Threllis. The man will ask you to correct the flow of the so-called Font. In order to do that, you first need to gather water from four magical Sacred Pools found inside the city M9(10). 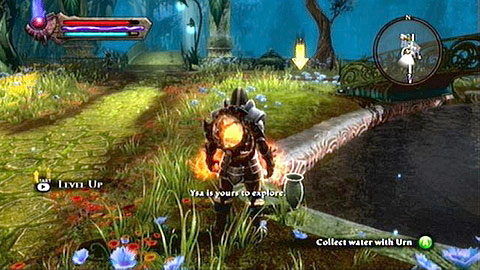 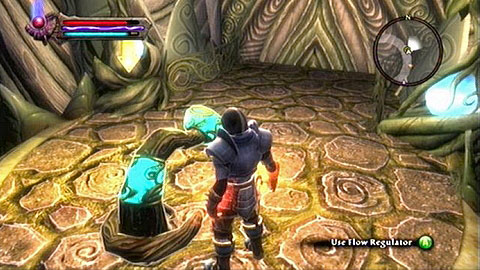 After obtaining all the ingredients, head to the Lyceum Grove M9(11) and turn the regulator found there. Just speak with Nomeron to end the mission and receive a pair of magical boots in return. 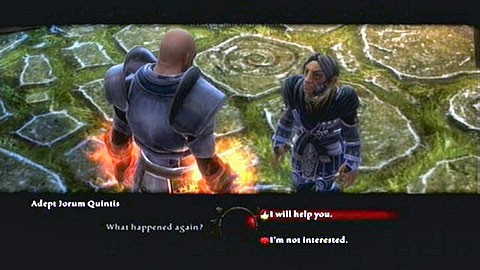 Inside Scholia Arcana Ambassy you will find a gnome named Jorum M9(12). He will give you a mission of finding three thieves, who tried stealing the magical stones. All three are hiding in the part of the woods known as The Sidhe. 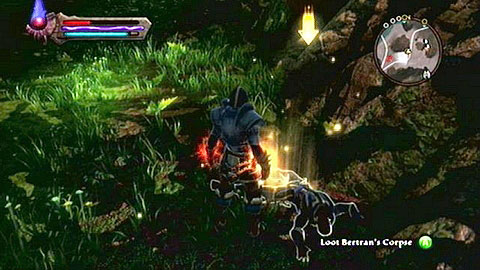 Bertran is lying dead in the south M8(10), Cassera's body can be found between two lakes M8(11) and Aloren's in the northern part of the wood M8(12). Take their journals and return to Jorum. The Gnome will ask you three questions and you will have to answer them. 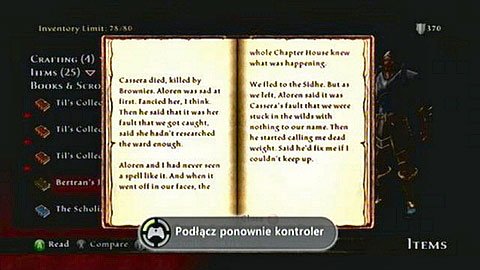 Hints can be found in the recently obtained journals. 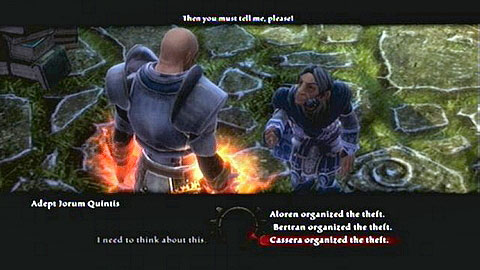 The answer to the first question is Cassera, the second Bertran and third Alorena. If you properly answer all three, you will receive gold and the Mage's Gem (increases mana by 17%). If you make a mistake, you will only receive gold. 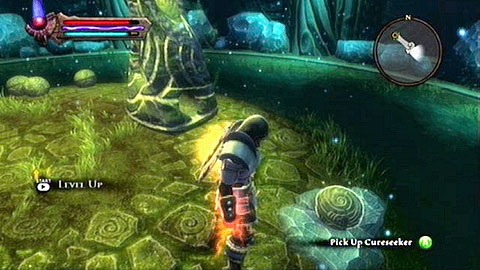 In order to begin this mission, you need to head to the Ballads Sanctuary and pick up the rock by the shore. 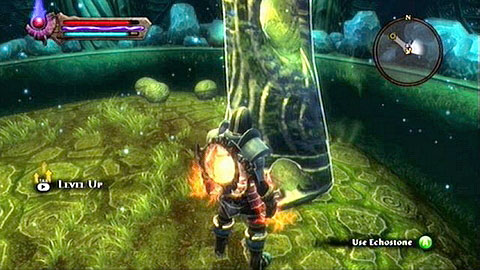 You need to use it on the nearby Echostone. 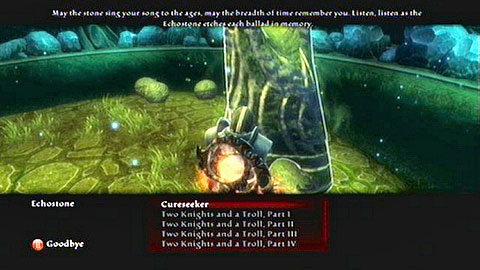 Listen to the ballad and you will receive a mission of planting a healing plant in different parts of the world. They will all be marked on the map\. 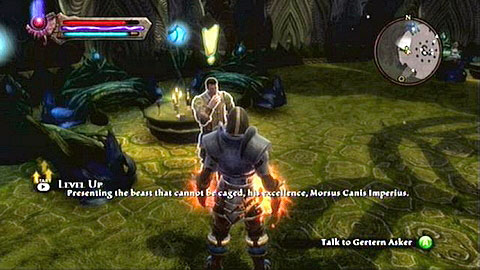 Inside Asker's Alley M9(13), speak to Gertern Asker. The inn-keeper will ask you to retrieve a plant known as Bristletongue, which he needs to brew a new kind of beverage. 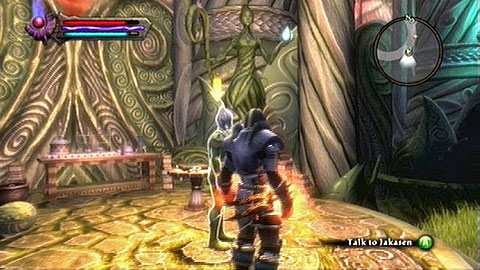 In order to obtain this rare ingredient, you need to head to the Lyceum Groove M9(11) and speak with Jakasen. 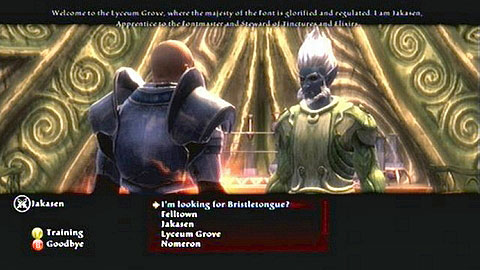 In return for the plant's location, the Fae will ask you to only drink one of his potions. 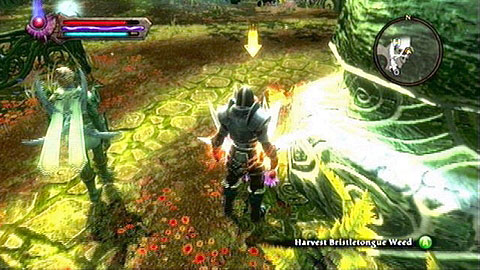 Listen to him and you will temporarily lose consciousness and wake up in Asker's Alley. After regaining control, head to The Font and you will find the plant in the eastern part of the location M9(15). 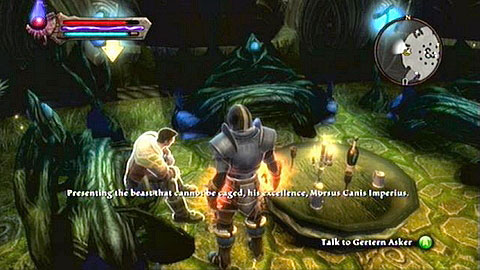 Bring it to the inn-keeper to finish the mission. In return you will receive not only quite a lot of gold, but also a discount on all goods sold in the city. 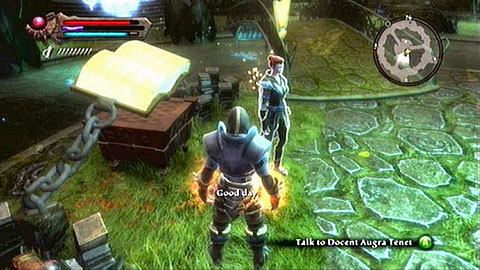 Inside Scholia Arcana Ambassy M9(12), speak with Augra Tenet who's standing in the middle. The woman will inform you that in order to join the guild, you first have to pass the Trial of Initiation. 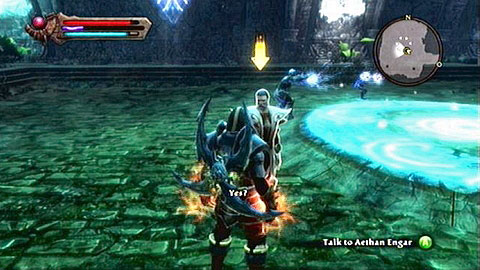 For that, head to the Delving Hall M9(14) (Augra will give you the key) and speak with Aethan Engar at the end of the tunnel.