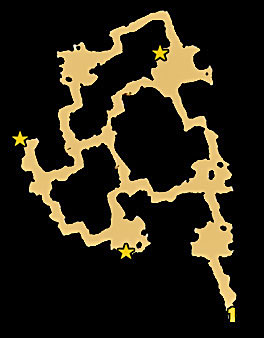 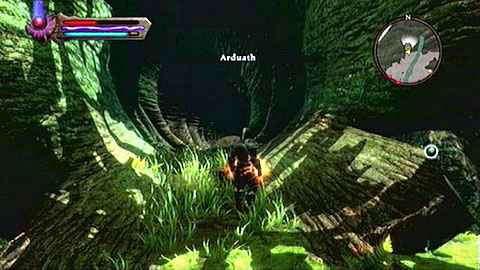 You need to go there and find the madman. 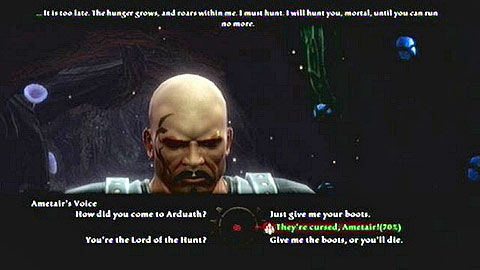 After getting inside, you will head Amatair's voice. The choice of dialogue options doesn't matter too much, but if you succeed in persuasion you will receive The Hunter's Friend amulet. It increases damage and rises your sneaking skill by one point. When the conversation comes to an end, the battle with the powerful Fae will begin. 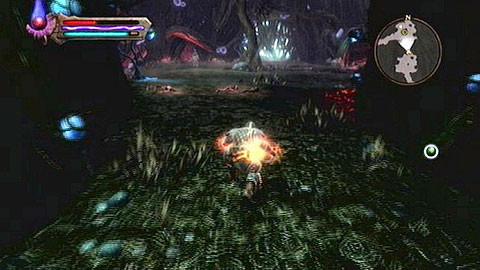 The man can be found in the further part of the tunnel. If you have developed sneaking, try to attack from cover, however keep in mind that your enemy won't die of just one hit. In order to defeat him, you first need to learn how to fight him. Above all Amatair never loses balance, so you won't be able to attack him too long as he will counter-attack and deal large damage. Therefore you should only attack after he attacks himself and quickly jump backwards. 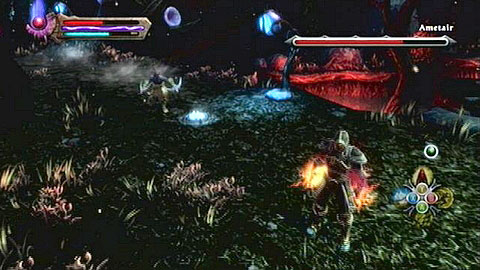 Don't use counterattacks as well. You will be able to block one attack, but the second one will surely reach you. The best weapon against this enemy are ice traps used by rogues. When only Amatair disappears, plant one right beside you. When he returns, stand so that he steps onto one while running onto you. The trap will sometimes stun the hunter, giving you a couple second to attack. 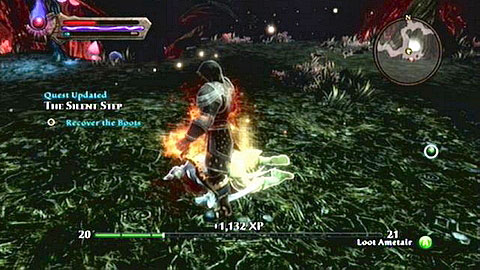 After receiving enough damage, you enemy will change his localization and move deeper into the tunnel, which will be marked on your map. Run after him and try to begin each fight with a surprise attack. When Amatair finally dies, take the boots and bring them to Crilgarin.

This mission becomes available after completing "The Silent Step". 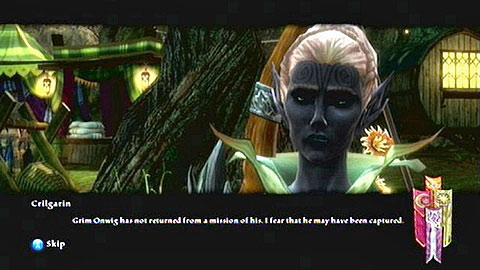 Once again meet with Crilgarin at the Star Camp M7(10). The woman will ask you to find one of the guild members, who has been sent to Lorca-Rane. 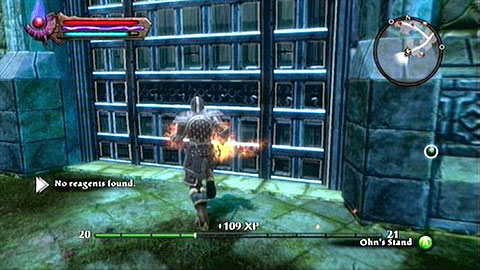 The man can be found in the gnome fortress Ohn's Stand M4(11). 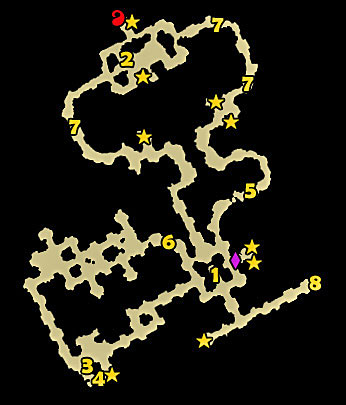 5 - Corridor leading to the book

6 - Corridor leading to the Centurion 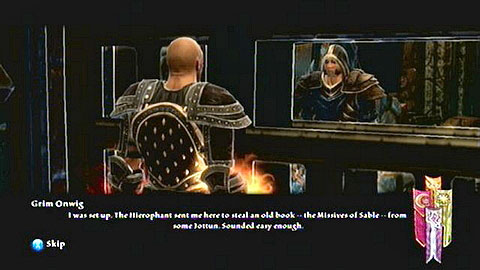 After reaching the destination, sneak into the cell and speak to Onwig. You can free him in one of two ways. 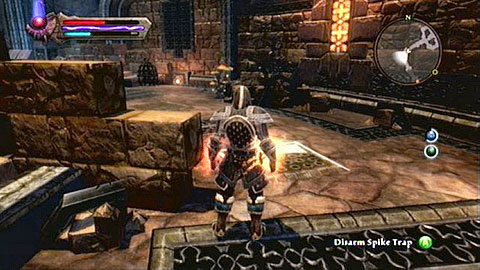 The first implies obtaining the precious book in the north and bringing it to the gnome leader. In order to reach the ancient book, use the path in the north-east. Jottuns can be killed normally, but gnomes are better avoided by sneaking. After you obtain the book, the gnomes won't pay attention to you anymore. 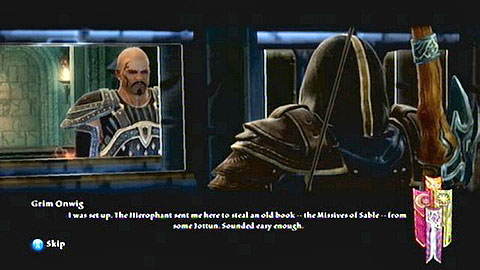 After a short chat with the gnome leader, return to Onwig and leave the dungeon together with him. 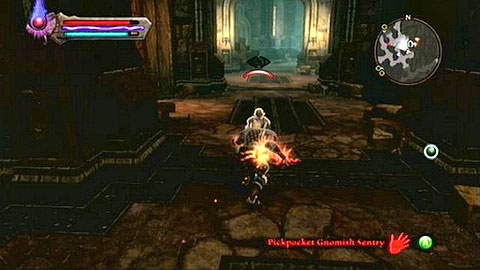 The second option implies stealing the key from the Centurion and take Onwig's gear from the chest. You can do it silently by sneaking or brutally by killing all the enemies. 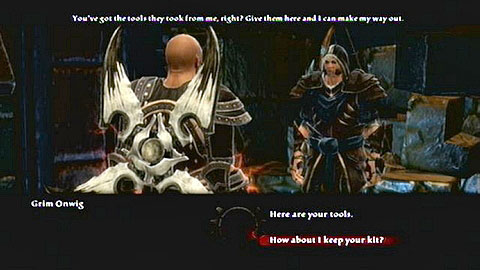 After returning to the prisoner, you will be able to decide whether you want to hand him over the items or keep them for yourself. Regardless of your choice and how you complete the mission, return to Crilgarin to collect you prize.

Keeper of the Keys

This mission becomes available after completing "The Guided Hands". 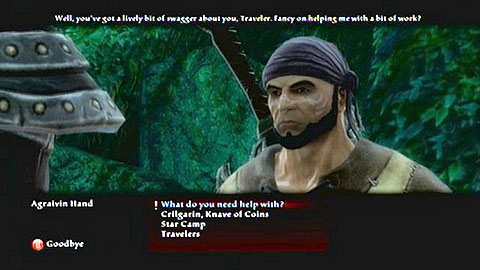 Find Agraivin Hand in the Star Camp M7(10) and speak to him. The man will ask you to obtain three keys from three different prisons. A detailed description can be found in the next part of the guide, dedicated to mission concerning the whole of Amalur.

The Height of Crime 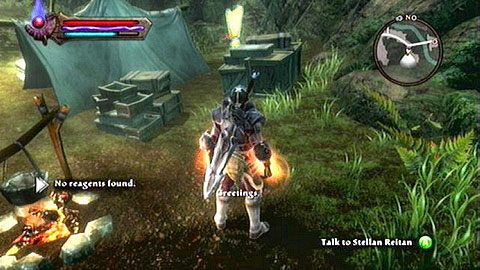 A gnome named Stellan Reitan M7(7) will send you to the Splitrock Depths M7(13) to find his companion and a very important journal. The cave can be found behind the river in the east. 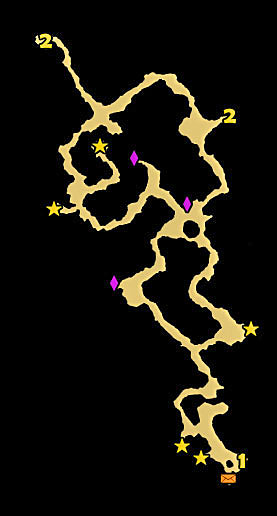 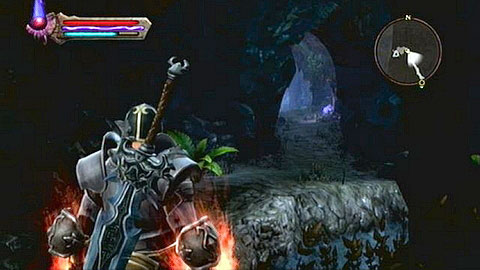 Keep heading south, while killing the beasts found inside. 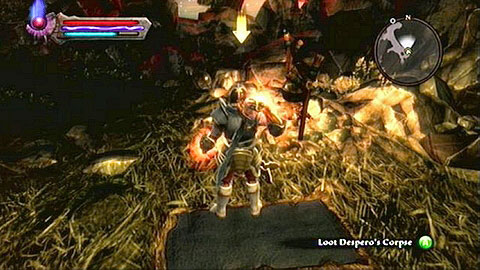 At the end of the tunnel you will find Despero's corpse and beside it the journal you're looking for. 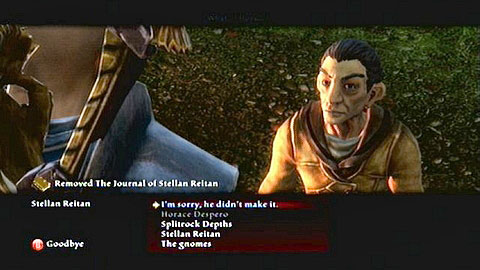 Bring it to Stellan and in return you will receive a quite big amount of gold. 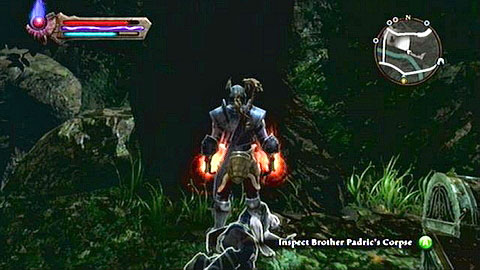 In order to begin this mission, head to the Splitrock Depths M7 (13) and leave it through the eastern exit. To the right of the cave you will find the body of Brother Padric M7(8). 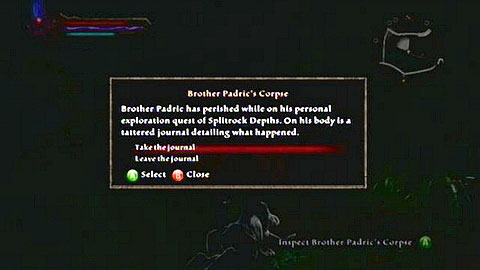 Examine the corpse and take the journal. You need to pick it up and bring to Brother Holt in St. Eadric's Mission M8(1) to end the quest.