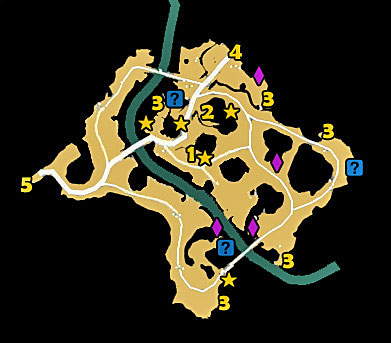 This mission becomes available after completing "The Champion". 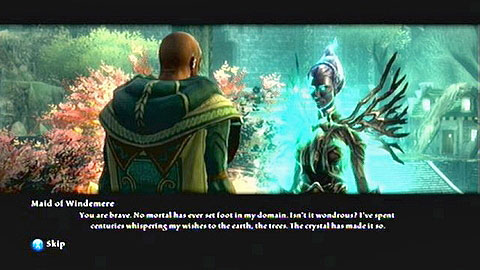 After entering Summer's End, speak with the woman standing nearby. The choices you make during the conversation don't have any influence on the further course of the mission. 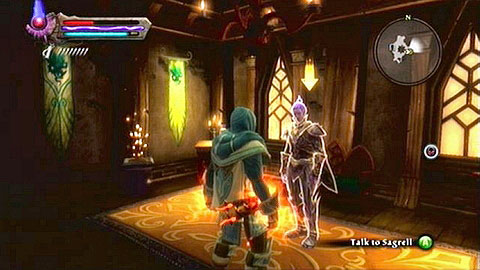 With the Maid gone, head to the building marked on the map (The Chantry) and speak with Sagrell inside. Don't worry about the monsters on your way, they won't attack you unless you do it first. 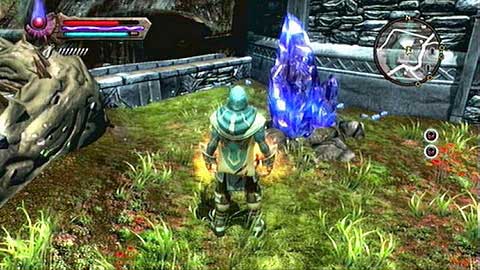 Sagrell will inform you of the crystals thanks to which the Maid controls her army. Use the Whistle obtained during "What Lies Beneath" and all of them will be marked on the map. 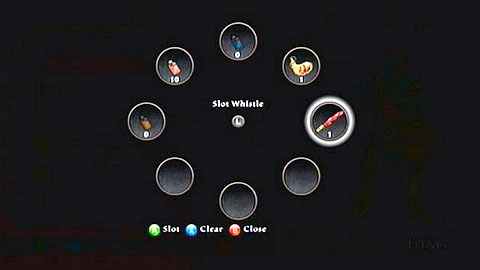 It's worth to assign the Whistle to a slot, as its effect unfortunately lasts for only a couple second. 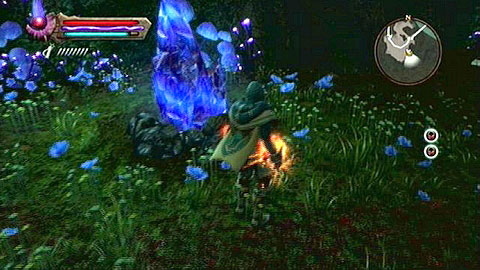 After reaching the marked area, use the Whistle again and attack the blue stone. Destroy all five in the same way and return to Sagrell afterwards. Remember that the monsters will be hostile towards you once again on your way back. 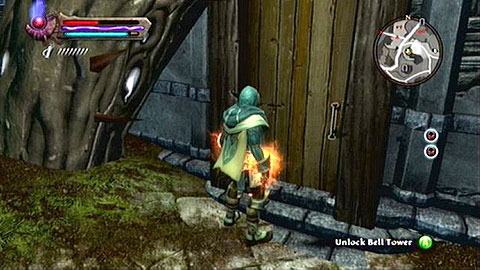 After a short conversation your interlocutor will give you a very good shield and a key to the nearby bell tower. 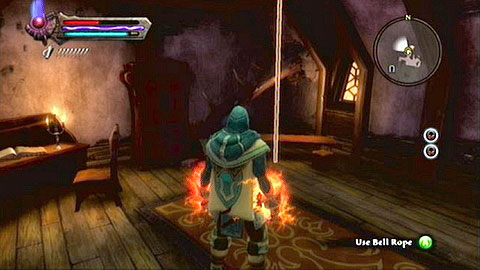 You need to head onto the top of the building and pull the rope there to unlock the gate leading inside the Maid's castle. 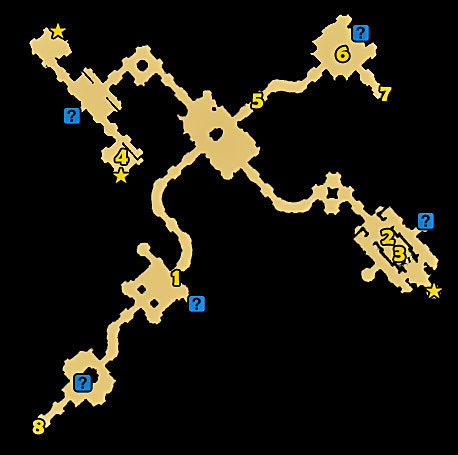 The Hero and the Maid 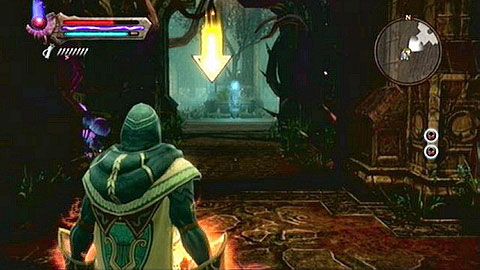 Inside the castle, keep heading onwards until you come across the crazy witch. A short conversation later, you will receive an objective of finding four citizens of the House of Ballads. 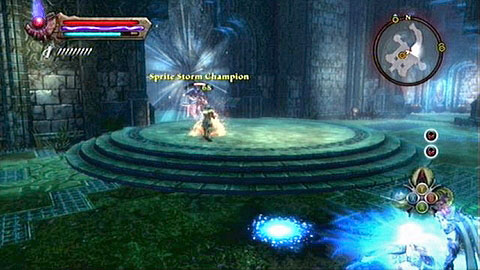 Sir Farrara can be found in the northern chamber. Speak to him and afterwards quickly kill. He's not a very demanding enemy. 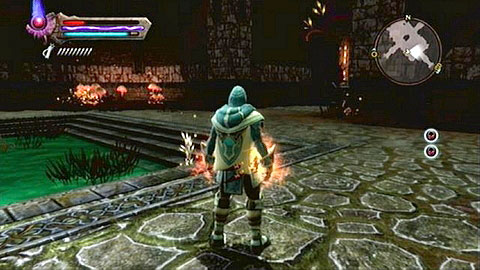 Your next targets should be Dame Oleyn and Queen Belmaid. Going towards them, look out for the meat-eating plants growing by the walls and be sure not to enter the poisonous pool. 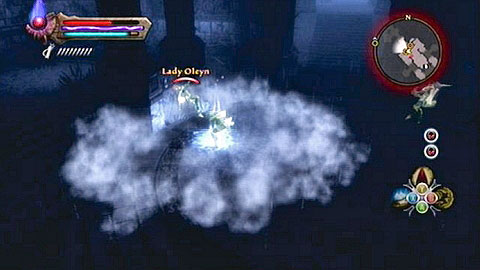 Before you begin fighting the women, make sure you are capable of activating Reckoning. It's best to use it at the very beginning of the battle and kill Dame Oleyn as fast as possible, as her spells can be really nasty. If you manage to, you can also try to eliminate the two beasts that she summons. After their death, fighting Queen Belmaid herself will be just formality. 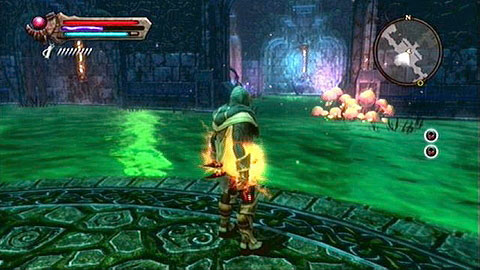 With both women dead, head to the second wing of the estate and find King Wencen. This time you won't be able to avoid the poisonous water, through try to run through it as fast as possible to minimize the amount of health lost. 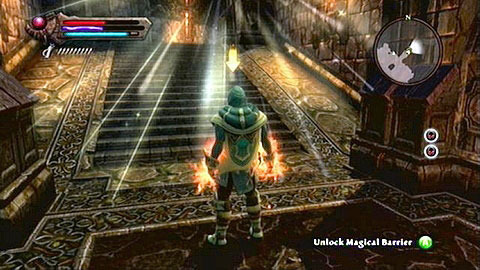 After a short conversation with the King, head together with him to the magical barrier. Your companion will destroy it, give you the King's Token and afterwards leave the place. 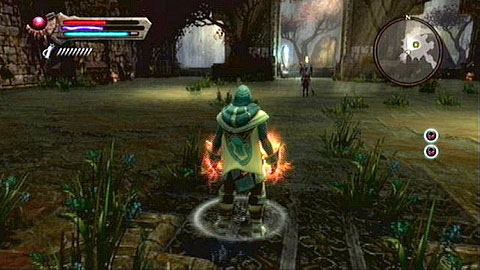 You will need to face the Maid of Windemere all by yourself. 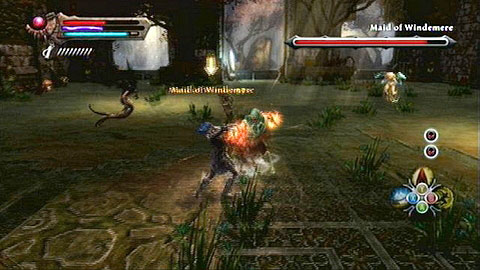 Throughout the fight, try to always kill the beasts summoned by the Maid in the first place. Only after killing all of them should you attack the woman. Keep an eye on her movements at all times. Her most dangerous attack is a large purple projectile which you need to evade. Fight the other enemies at a certain distance from the witch, so that you have enough time to react. 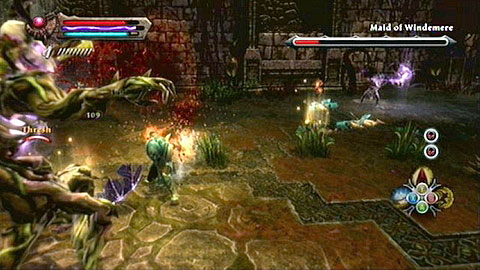 The hardest part of the fight will begin after the Maid of Windemere is left with less than half of her life. She will summon a Thresh, which isn't too hard on his own, but creates a deadly duo with the Maid. Try to keep it as far from the main enemy as possible and kill fast. You however need to remember not to attack the beast when it starts hitting the ground. During that time it's best to back out to a safe distance and dodge all the incoming projectiles. Throughout the fight, you should also remember not to approach the plants by the wall. They can bit really hard! 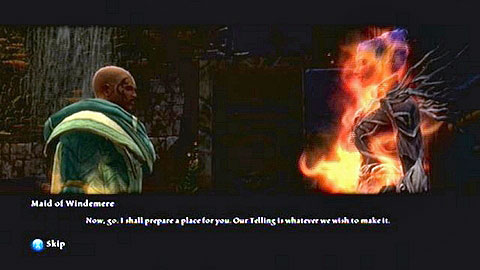 With the Thresh dead, the witch won't be too much of a threat anymore. Keep attacking her until a conversation starts, during which you will be able to choose the Maid's fate. If you choose the middle or lower option, you will have to finish the fight. Just land a couple more hits and the execution option (A) will appear. Sparring the Maid won't give you any experience points and you will rule the House of Ballads together with her. 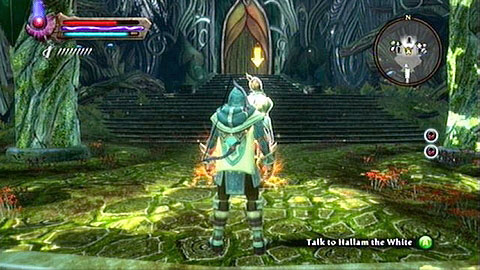 Regardless of your choice, head to the mentioned location and speak to Hallam. This way you will finish the mission and receive a Twist of Fate: Iconoclast. 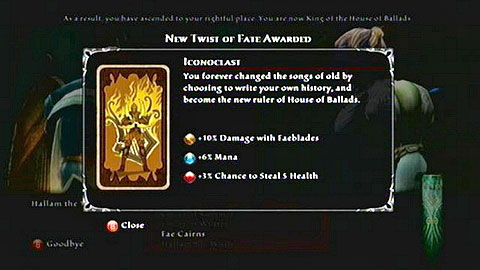 It's a special card which permanently increases your character's stats.