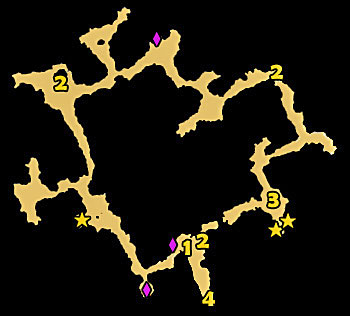 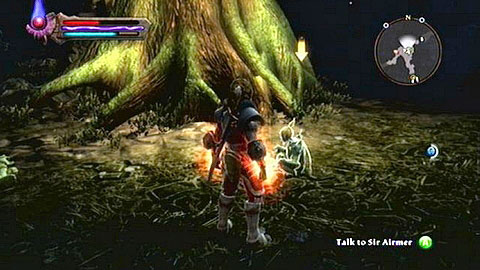 Head inside and speak to Sir Airmer to receive the second artifact from him. 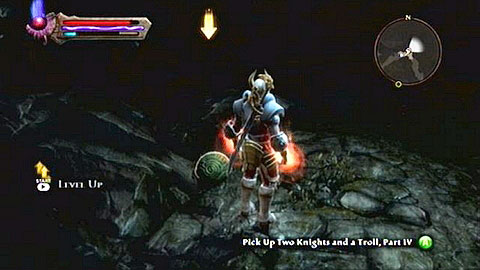 Follow the two warriors while killing the enemies on your way to find the next two items. 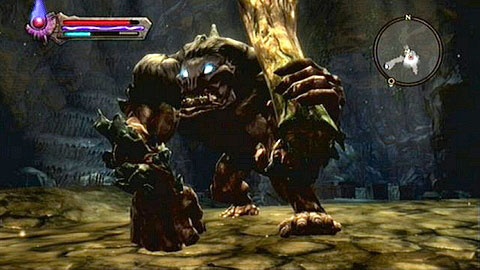 The last one is in possession of Nix the Troll, who can be found at the end of the tunnel. Kill him just like any other Troll and take the artifact. 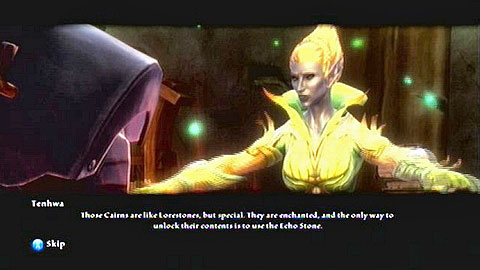 Having obtained all five, you can return to the Ballads Library and speak to Tenhwa M7(3). Fae will inform you that in order to free her, you have to use the obtained stones on the so-called Echostone. 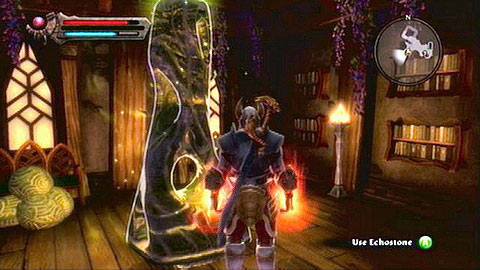 It can be found in the southern part of the room. 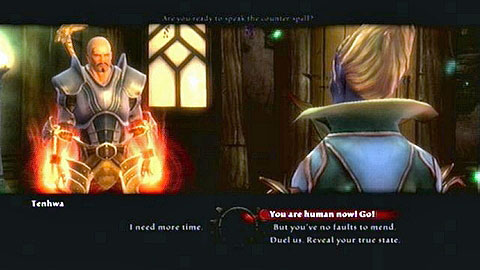 After hearing out all parts of the story, return to Tenhwa and choose the upper dialogue option to dispel the spell and free the woman. The other two answers will draw weakening curses onto you, so you better not make a mistake. 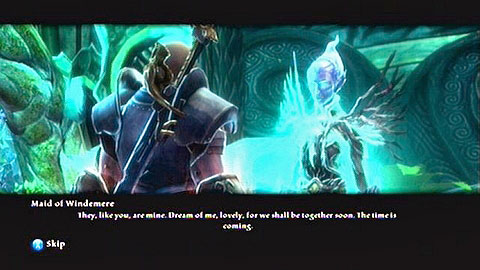 Your next destination is the House of Ballad M2(9). There, you have to speak with King Wencen who's waiting for you. However as you enter the Court of Enchantments, instead of the King you will come across the Maid of Windemere. 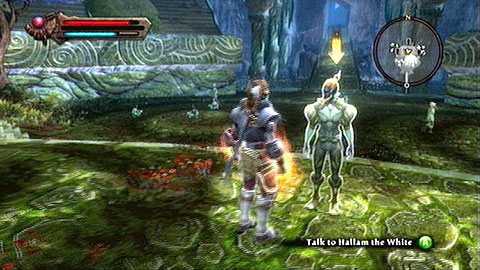 Listen to what the witch has to say, leave the room and speak to Hallam standing by the door. 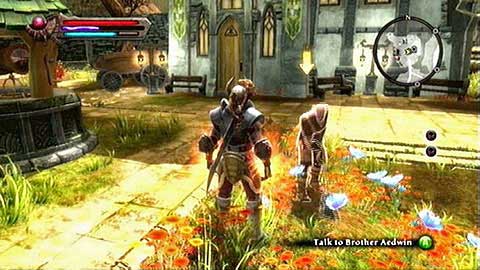 This time you will be sent to The Sidhe to meet with Father Etair. He lives at the Bunkhouse in St. Eadric's Mission M8(3). Unfortunately as you enter the upper floor of the building, you will only find his dead body. Inform Brother Aedwin who's working outside about this. 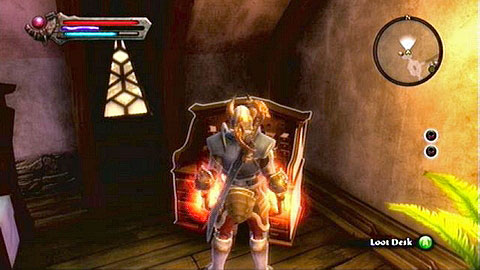 You now need to learn what Brother Etair was working on before his death. Return to his house and look for the Desk Key. It can be found inside the chest in the basement and on the shelf on the first floor. Use the key to open the desk nearby the entrance door. 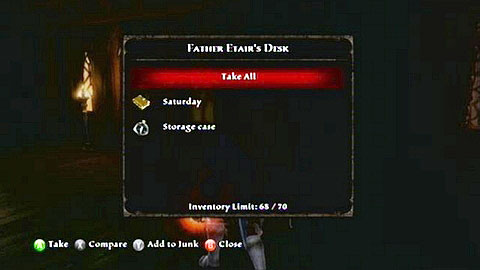 Inside, you will find the Storage case.

This mission becomes available after completing "Two knights and a Troll". 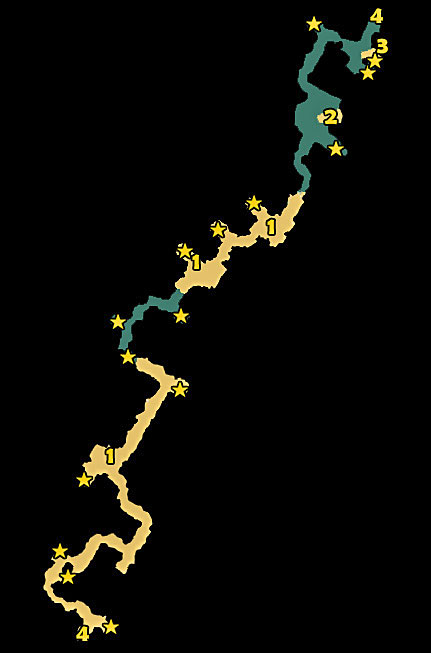 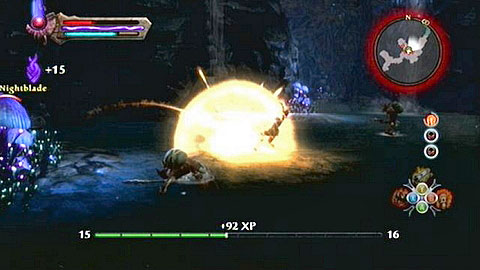 After obtaining the Storage case, head to St. Eadric's Well M8(13), the entrance to which is a well found in the mission area. Inside you need to find four hidden crystals. The first three are in possession of the Kobolds, you need to kill all the marked beasts in order to gain them. 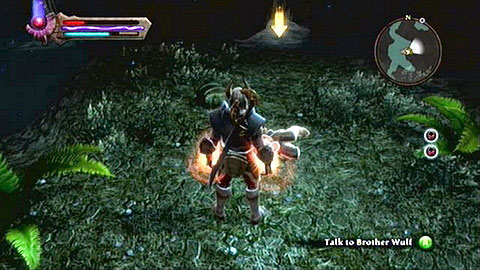 Moving on you will come across Brother Wulf. Speak to him and choose the lower and upper dialogue option if you want to end up fighting him. 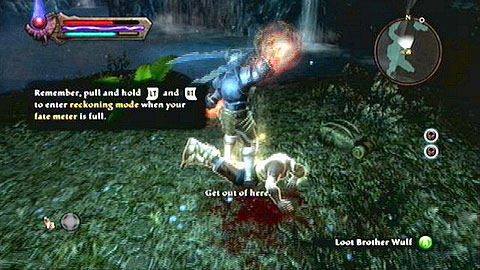 Beside his corpse you will find the Whistle. 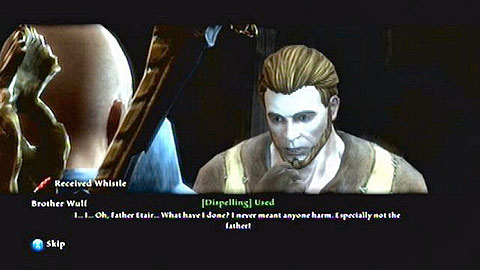 You can also choose the middle answer and test you Dispel skills. If you cussed, Brother Wulf will give you the Whistle himself. 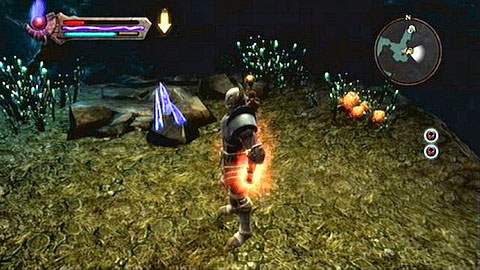 Now head onto the island in the north and use the instrument on it. The last crystal will appear, so quickly pick it up. 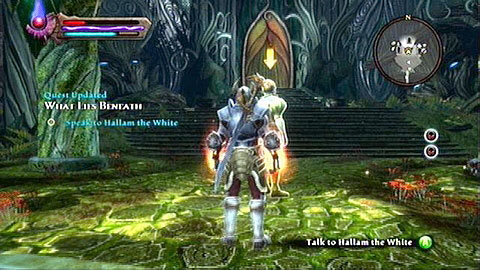 Take all four to the House of Ballads and give to Hallam M2(9).

This mission becomes available after completing "What Lies Beneath". 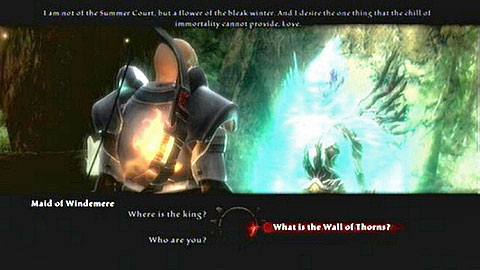 After a short conversation, head to Windemere in the northern part of Odarath M2(10). There you will meet with the Main, who will order you to obtain a special type of armour. 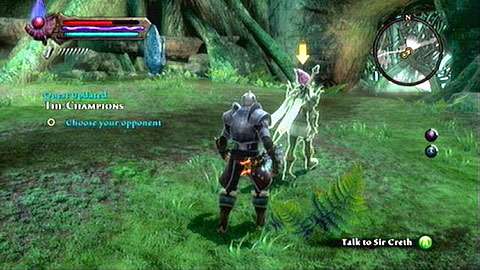 It's being worn by Sir Airmer and Sir Creth, who are fighting a bit further to the north M2(11). Challenge one of them to a fight. 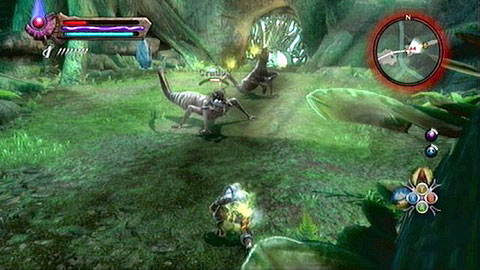 Attack your enemy right after the fight begins and try killing him as fast as possible. It's very important, as two monsters will appear soon afterwards. 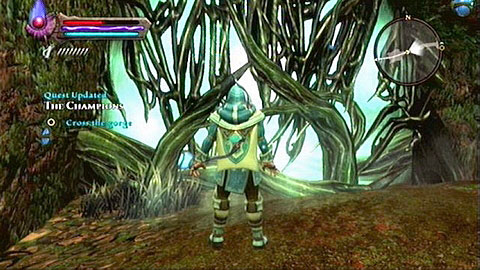 With all the enemies dead, put on the armour and head through the wall of roots M2(12). 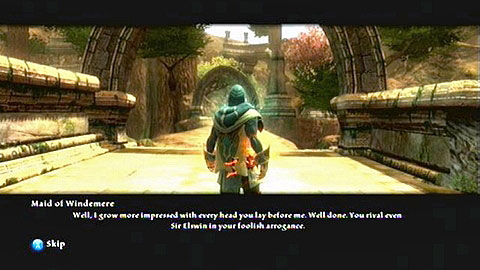 Now you need to reach the middle of the Maid's estate. You will meet with the woman right before the chasm M2(13). 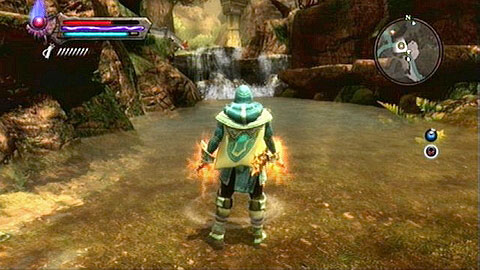 In order to get to the other side, you need to find the body of Sir Elswin in the river below M2(14), revive (using the potion received at the beginning of the mission) and afterwards kill once again. 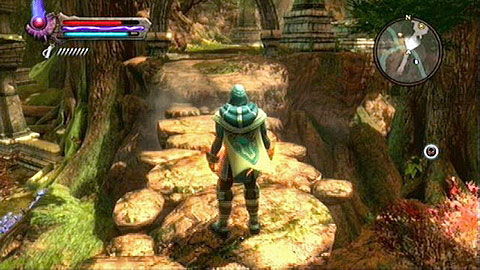 It will cause a bridge leading deeper into the Maid's estate to appear. 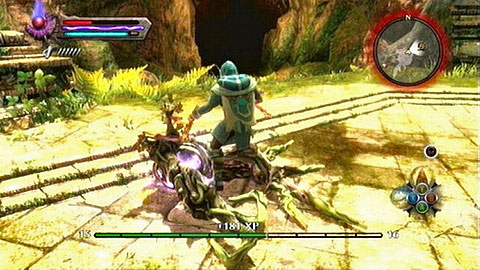 On the other side you will have to fight with Sir Arimer or Sir Creth (depending on which one you have killed before). Just like before, kill the main enemy as fast as possible and take care of his minions afterwards. 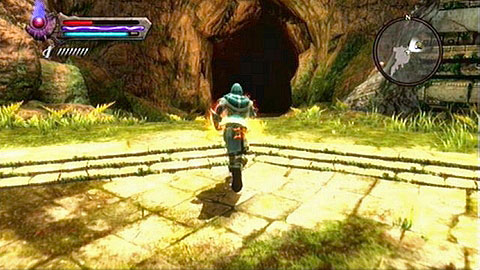